Well, we finished binge-watching Season 4 of Game of Thrones this weekend (dude!) and started watching Orange Is The New Black.  We’re totally hooked!  I went as Piper for Halloween last year because we found a juvenile orange prison jumpsuit at thrift store for $7.  I had never seen the show but, being blonde, I couldn’t turn down this super easy costume opportunity, also because I HATE dressing up for Halloween and wanted to be done with it :)  It may have been the most comfortable costume ever.

I also knocked out some serious project and blog stuff (if you follow me on Instagram you got a sneak peek of one of them) as well as made my recipe for this month’s Monthly Ingredient Challenge and oh man, it’s a good one.   We’re doing lemons this month and I can’t wait to share my recipe with you guys next Monday!

Speaking of yumminess, bread pudding is one of my favorite desserts and I am a toffee-phine, so when my friend Kendra at Joy In Our Home posted this recipe for Bread Pudding with Cinnamon Toffee Sauce, I couldn’t make it fast enough. 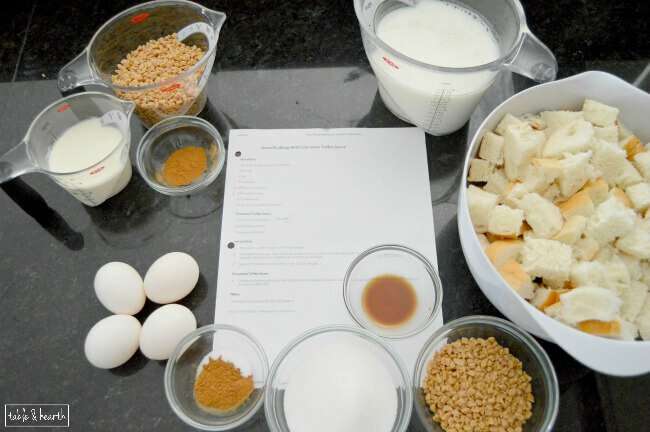 Even better than how amazing this came out was how easy it was to whip up.  Our grocery stores have this amazing french bread that’s only $1 and I can’t NOT buy a loaf every time I’m there, but that means I usually have some around that I need to use.  So I make alot of bread pudding.

The milk, eggs, vanilla, cinnamon, and salt get whipped up then poured over the cubed bread.  It smells amazing!  Then some of the toffee bits get folded in too.  Toffee everywhere! 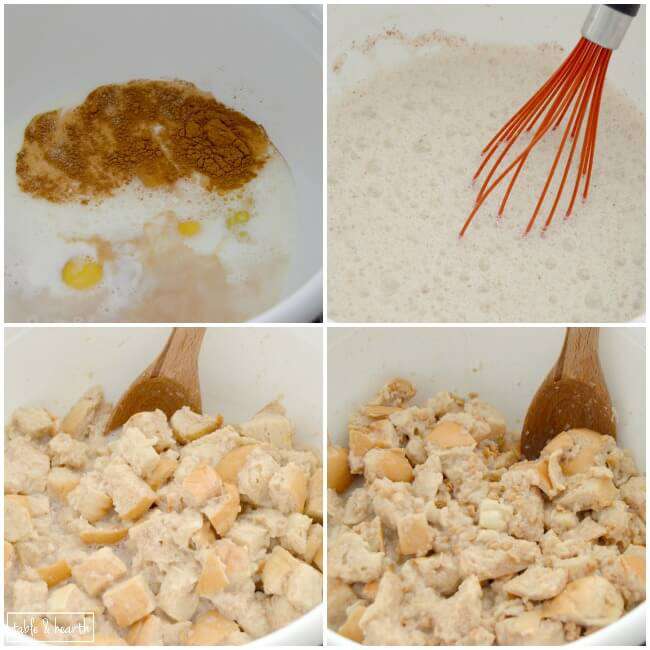 Spread it all out and bake it at 350F for about an hour. 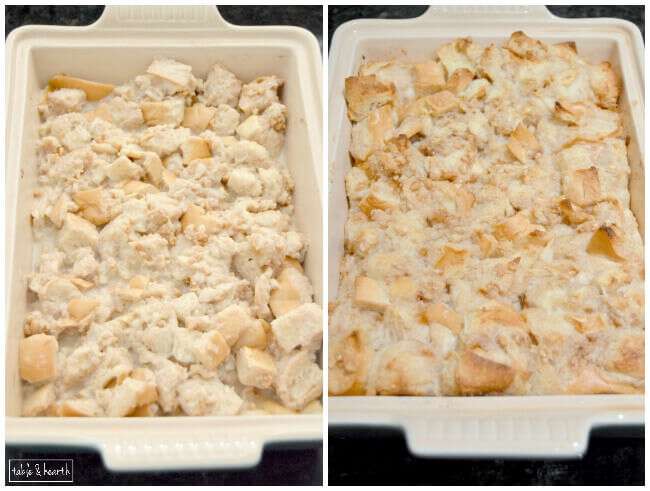 While the bread was baking I whipped up the sauce (aka toffee heaven).  It took a while to get all the bits melted but just keep stirring it occasionally and they’ll go. 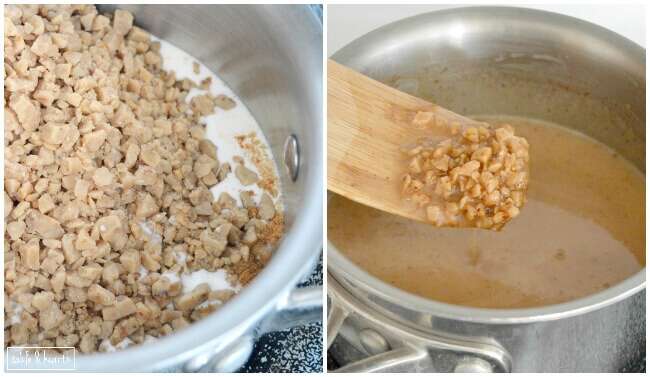 I love that Kendra’s recipe makes plenty of sauce, I like alot of sauce.  I do think I’ll be adding a little bourbon to the sauce next time though ;) It just goes so well with warm bread pudding. 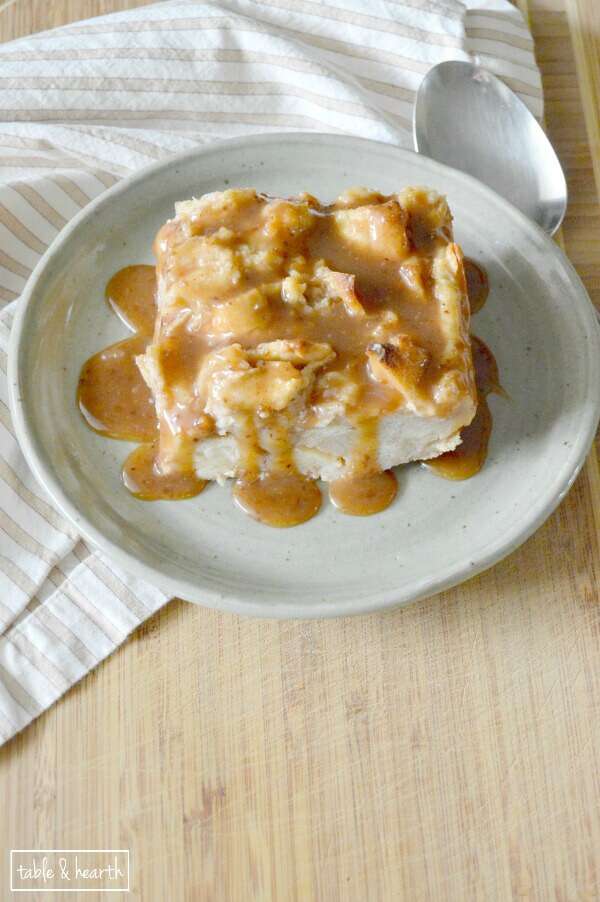 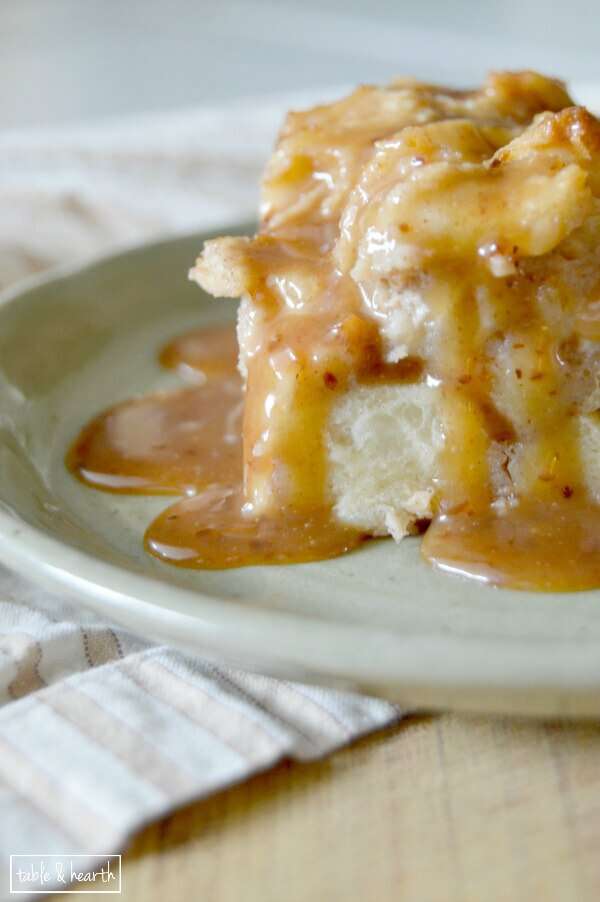 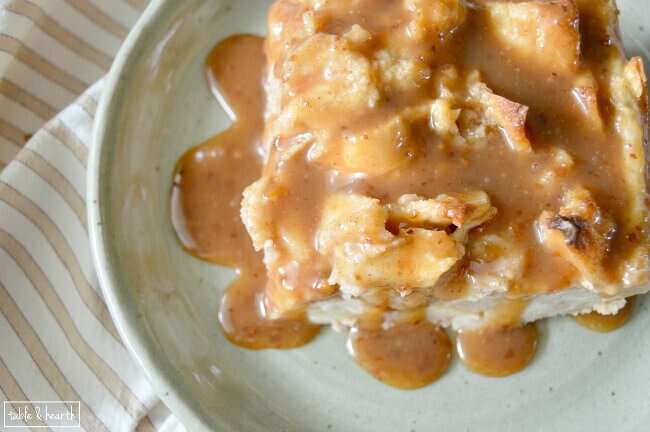 Warm, gooey, sweet ‘n salty amazingness.  Kendra, thank you for giving me the absolute best bread pudding recipe I’ve ever had!  And I’ve had alot ;)

Now back to more Orange Is The New Black!