I was hoping to be back today with a photo-liscious post of our anniversary trip to Fredericksburg but after driving, Mother(-in-law’s) Day dinner, and unpacking it was way too late to delve into all of it.  So Wednesday will be the day for that! (hint: there’s LOTS of food pictures…shocking)

So until then, I am sharing this awesome lunch-time recipe for a Chicken Pesto Sandwich from DamnDelicious (yup!).  I am always looking for simple salad-ish things that don’t take much mealtime prep for work and going out in the field and this worked perfect. 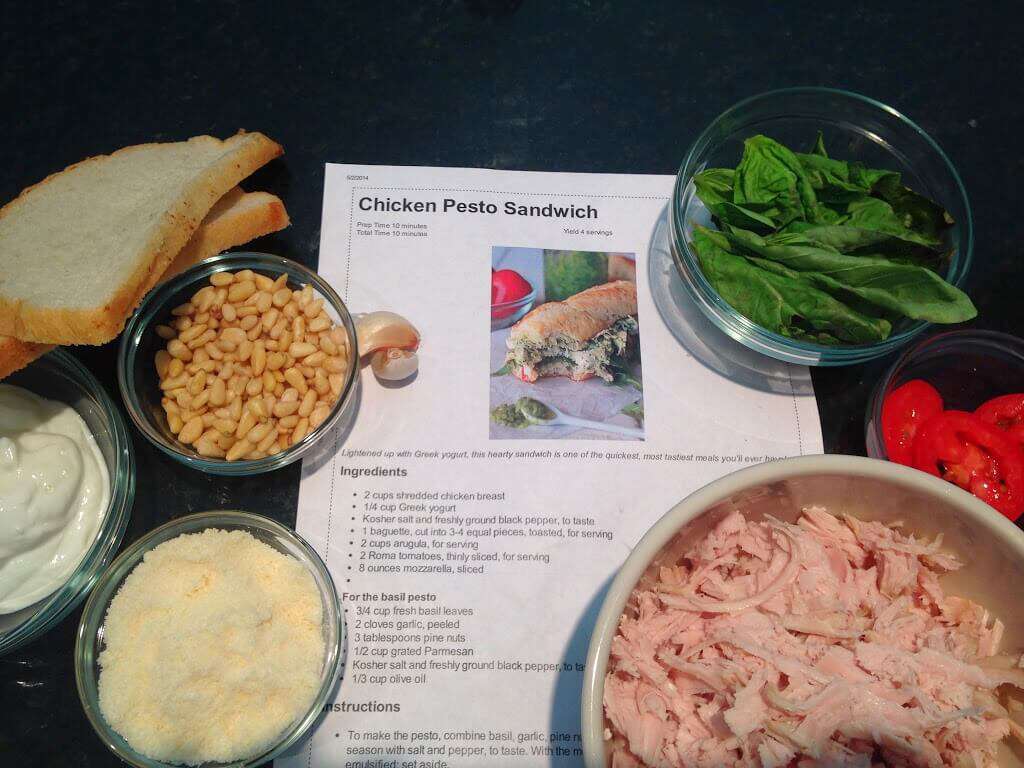 But, this was really “Turkey Pesto Sandwich” for me.  I used a rotisserie turkey breast instead of chicken as I usually do.  They have more meat on them and less bones to pick through than the whole chickens.  Instead of working up like a chicken or ham salad with everything mixed at once, this one calls for making up the pesto and the “chicken” mix separately.  Yes, I had to used pizza parmesan, I forgot to get a good chunk to shred :/  It would have taken it from really really good to whoa! if I had had it I’m sure. 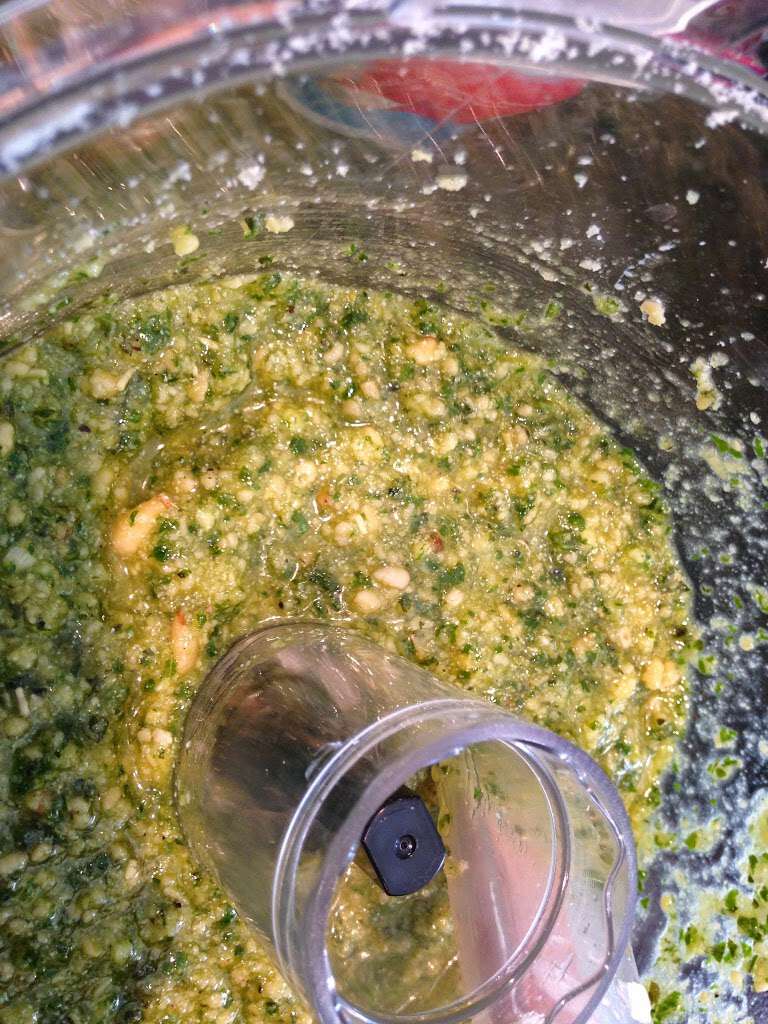 I made a sandwich as the recipe instructs but since this was made specifically to take out in the field for lunches, I mixed in the rest of the pesto with the chicken afterwards so it would just be one container instead of two. 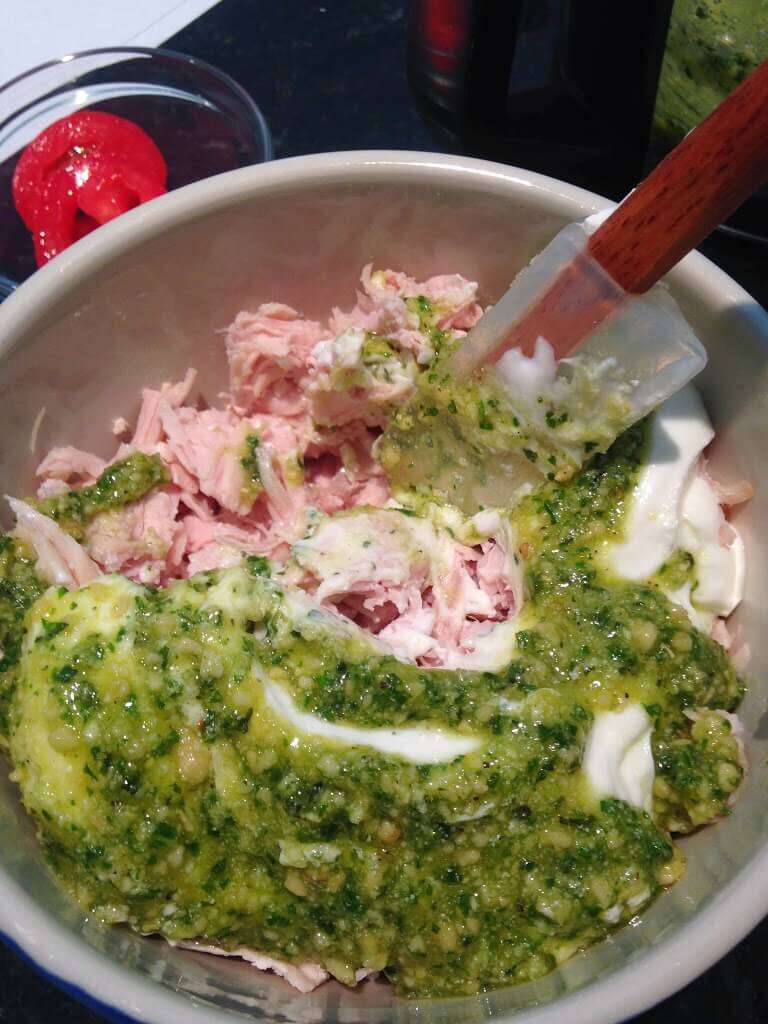 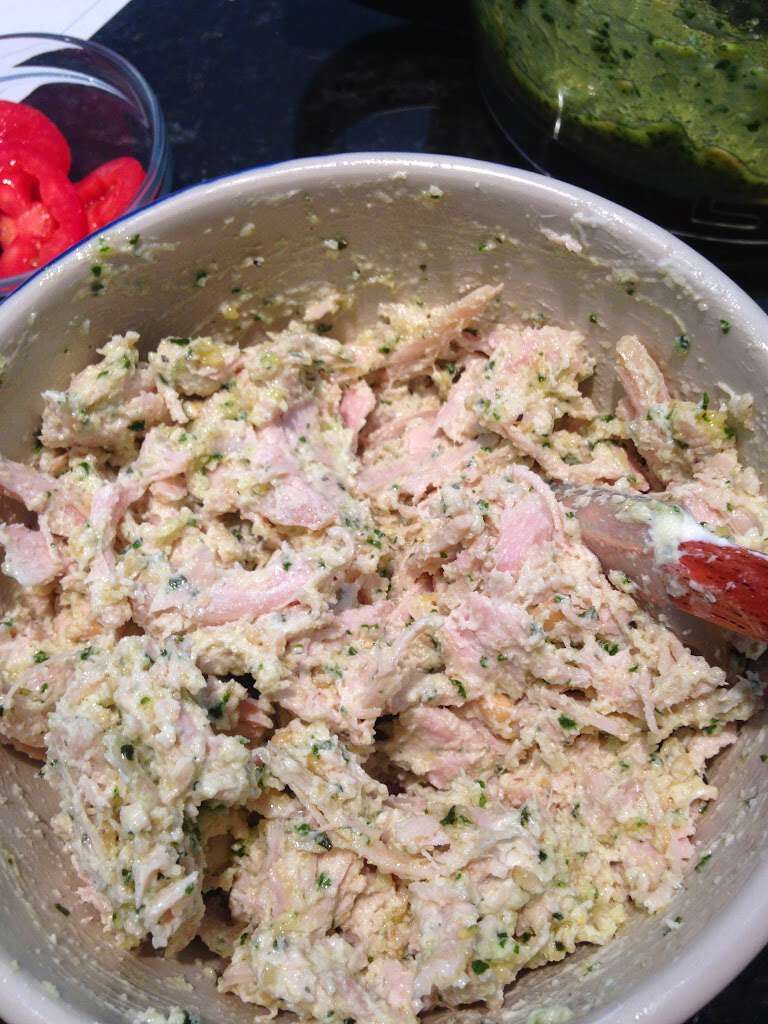 Then just slab it on some really yummy bread like a ciabatta, baguette, or fresh sourdough (which I used).  I didn’t use the spinach it called for but did slice up some roma tomatoes which made it REALLY good. 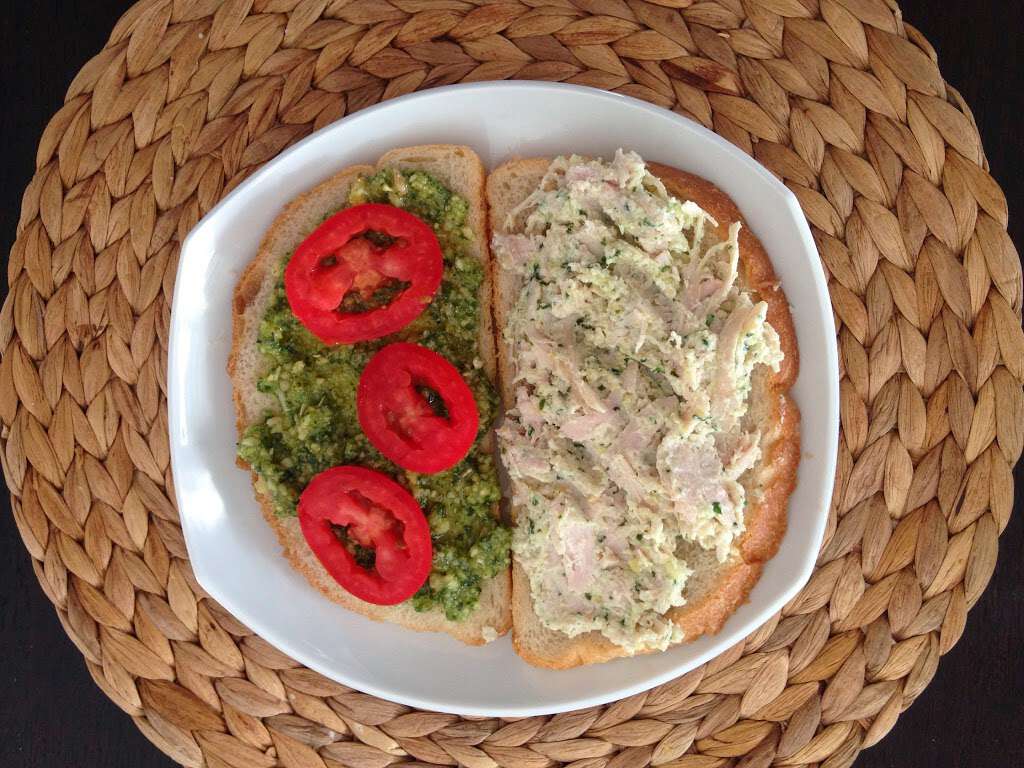 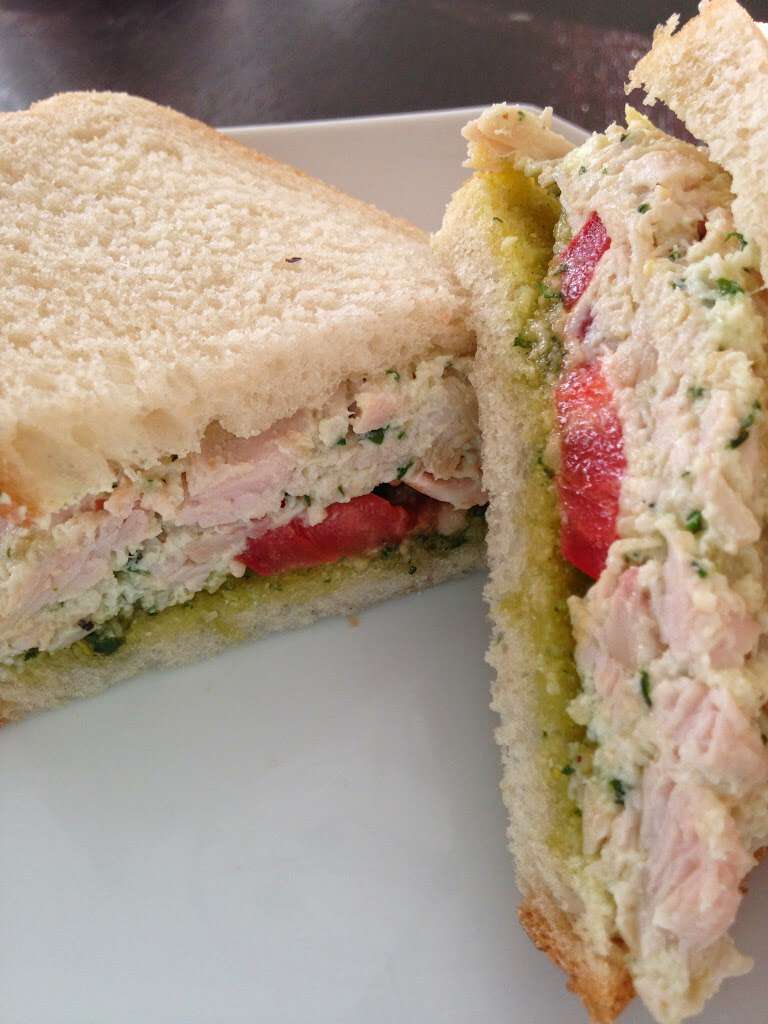 I made a few of these last week while we were out doing some beach surveys and they were awesome, they had gotten even better the day or two after I think.  It makes such a difference to have something a little extra “gourmet” out there instead of a protein bar or a PB&J :)