Apparently there’s a theme with my challenges here this month…having no clue whatsoever what to do, then nervousness, then making it through, and then having a good but not-quite-as-amazing-in-my-head outcome.  Enter this month’s Monthly Ingredient Challenge with coconut as our ingredient, and it was the same thing.

A few months ago, we brought home bagfuls of HUGE and juicy Ruby Red grapefruits picked fresh from Matt’s grandmother’s place down in the Rio Grande Valley.  These things are amazing, and they’re a family favorite.  After juicing what we just couldn’t eat anymore, I got the idea that, hey, why couldn’t I make a pie with grapefruit juice the same way I make a key lime pie with key lime juice??  While I was thinking of what to make out of coconut, it hit me that it’d probably go pretty well with that grapefruit pie experiment I’d been thinking about! 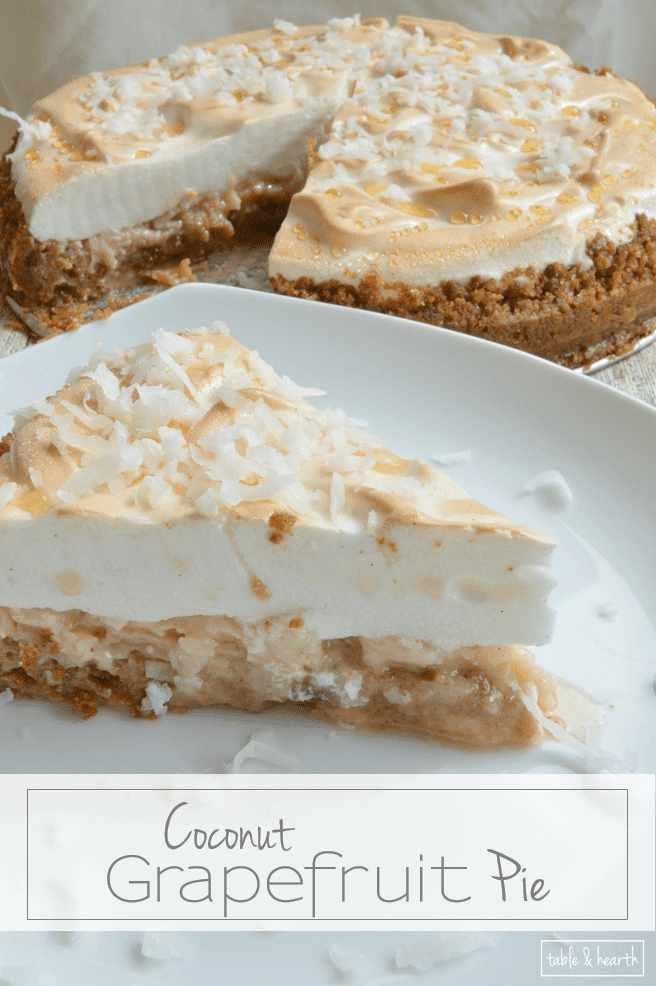 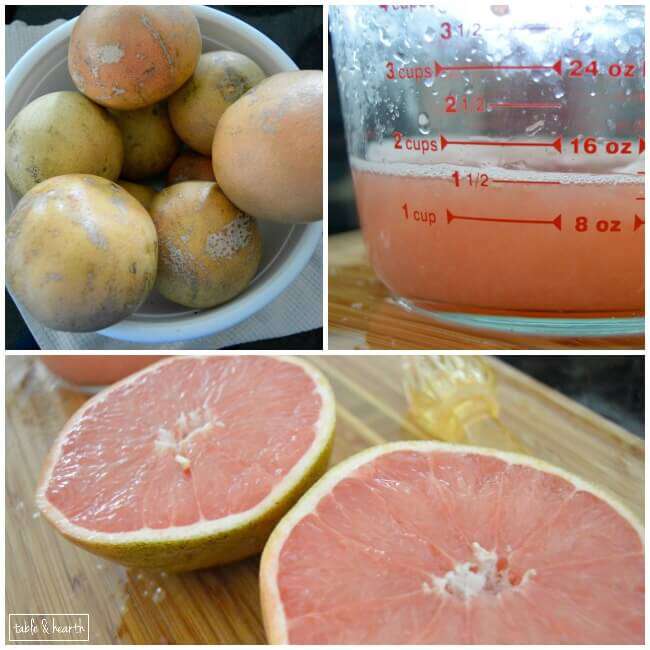 I prepared this pie just as I do my key lime pie, browned butter crumb crust and all.  Using the same amount of grapefruit juice as I would key lime juice. 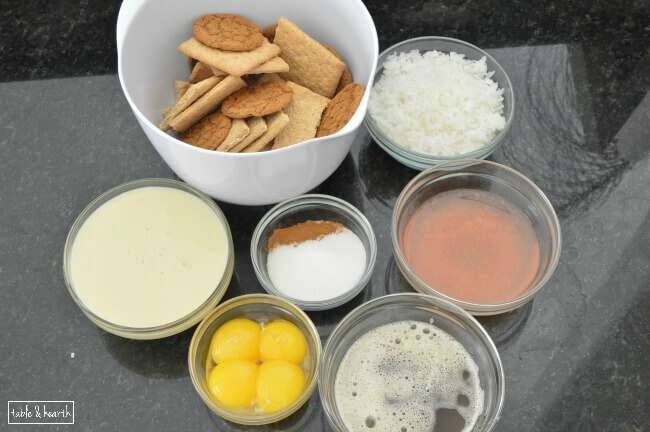 I made the filling the same way, just adding sweetened coconut flake to the filling too.  Although, here is where things got a little wonky.  The grapefruit juice must not be quite as acidic as the lime juice because the filling didn’t thicken as it usually does with the limes.  I added a couple of tablespoons of cornstarch to help it along :/ 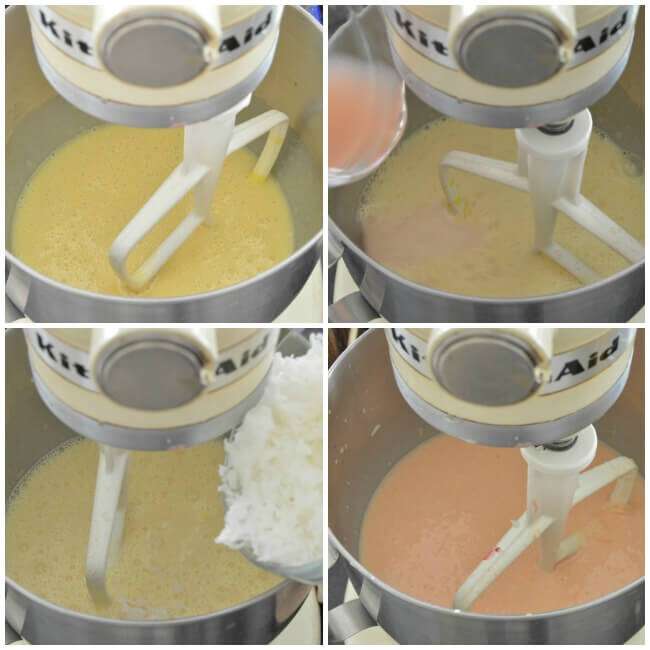 I baked these just a little longer than the key lime pies to give them just a little more time to set.   I made two pies so that I could a) test out the two meringue topping variations in Joy of Cooking, and 2) to see which type of pan worked best, springform or pie.  Springform was much easier to get the pieces out of than the pie pan, but the filling did leak out of it since it was so liquidy so I put mine on a cookie sheet when I baked it.  But all in all, I’d say springform still. 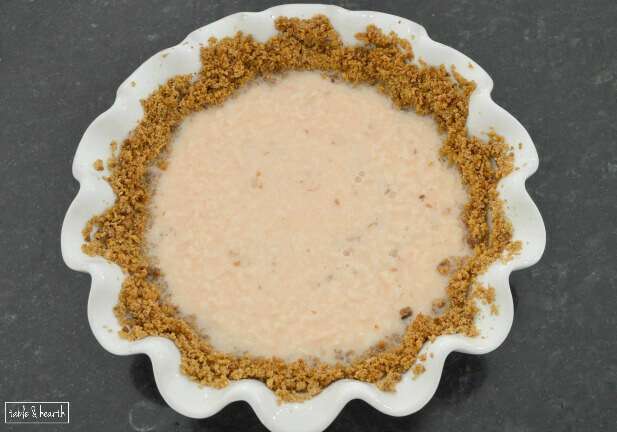 While the pie was baking, I made my very first meringue topping a la Joy of Cooking (of course).   I made both variations, stabilized and non-stabilized, to see which worked best but will be doing another post about all of that (hint: stabilized of course worked better).  I think making anything involving whipping egg whites or cream is so much fun, it’s just pure chemistry right in front of you! 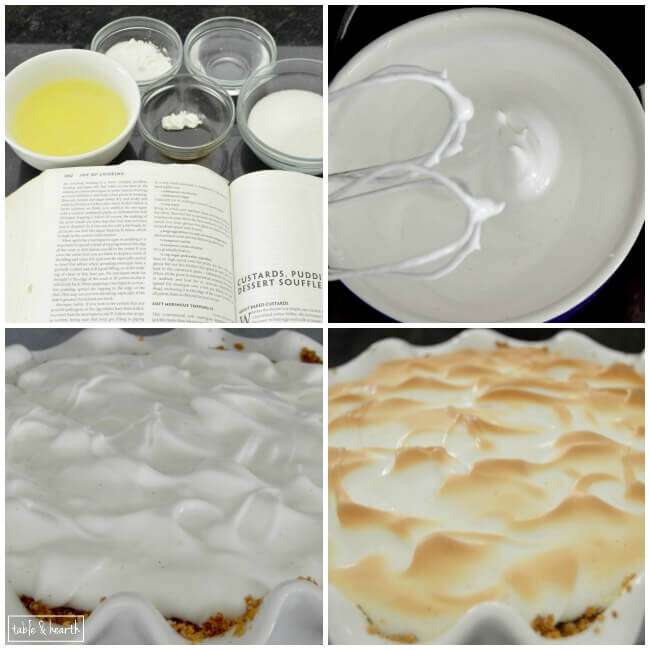 Like I said, I had the best results with the springform pan (minus some leaking) and the stabilized meringue topping.  I’d love to make this again with a coconut-y whipped cream on top though! 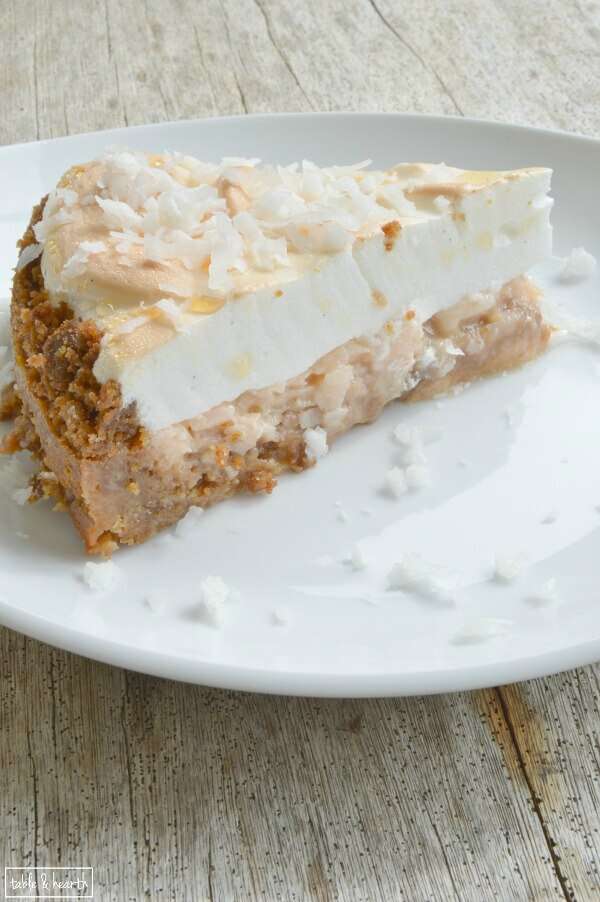 You can see towards the middle where the filling saturated the crust but it still tasted great of course!  There isn’t as much tartness with the grapefruit juice as there is with lime juice, it’s just a very subtle hint of it, so the pie is much more sweet than a key lime pie would be.  But I think it works great with the coconut!  Kind of a coconut cream-key lime pie hybrid :)

I’m so happy I finally took the chance to play around with this idea, and am happy that we got coconut this month because I love it’s addition to this pie! 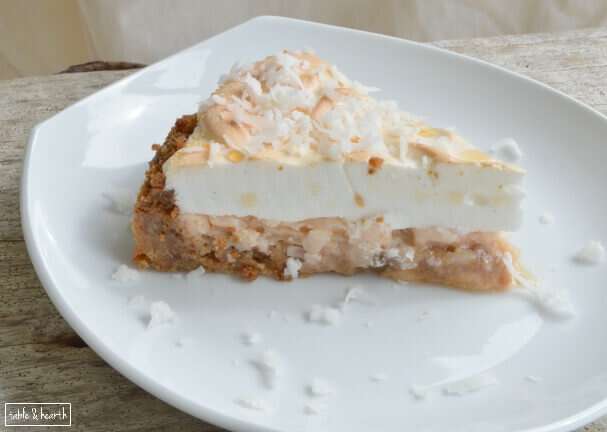 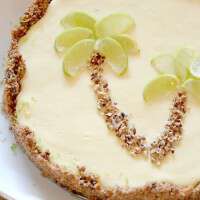 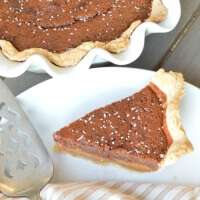 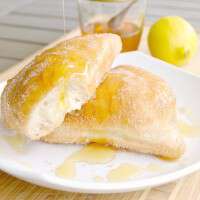