Today I’ve got a recipe for fish tacos that is a little different from the norm, Creamy Chipotle Fish Tacos. 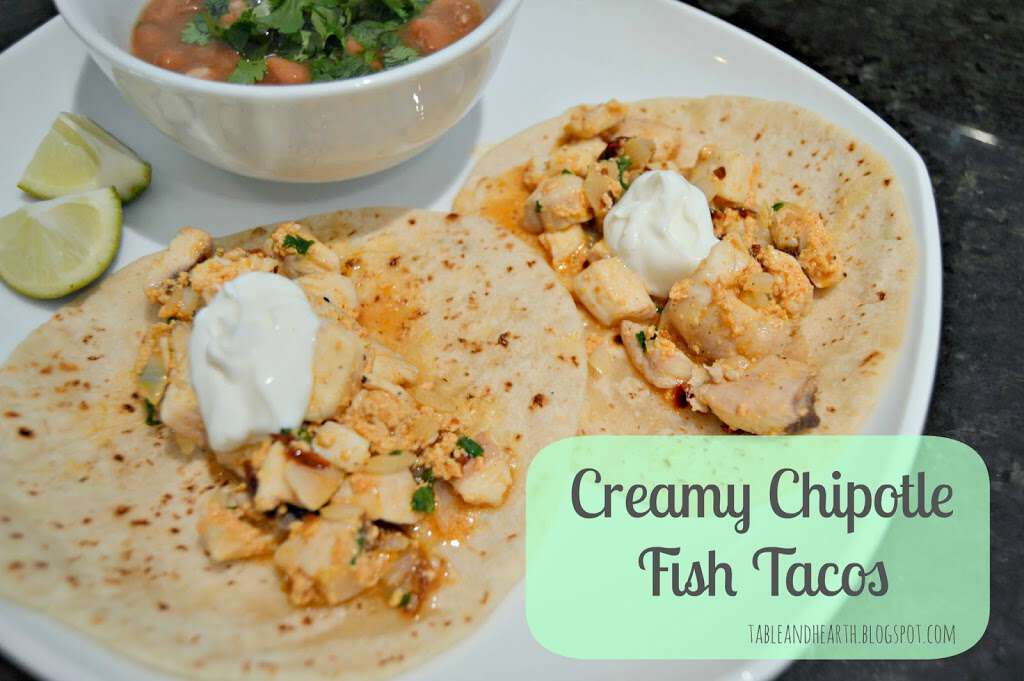 Last weekend we headed offshore with some friends, it was my first trip of the season finally, and Matt hooked up with a nice wahoo.  Just look at those gorgeous stripes! 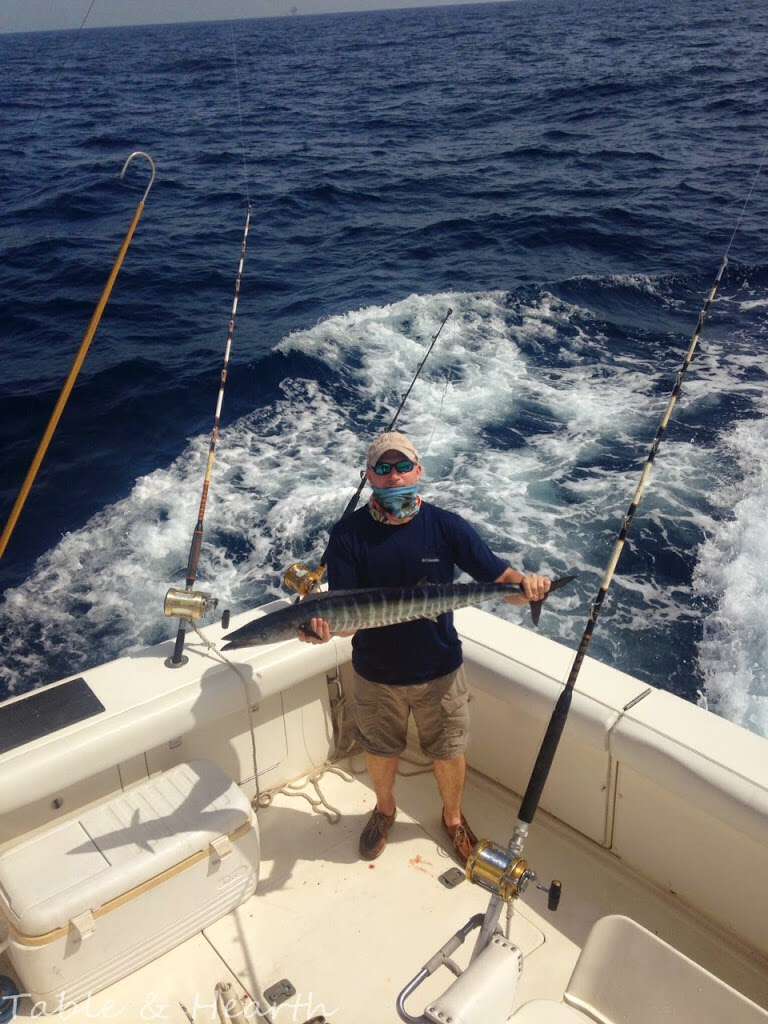 Wahoo is absolutely my favorite type of fish to eat because it is so firm and thick and not fishy at all.  They are perfect for grilling and go well with any kind of creamy sauce.  For this wahoo, we wanted to play around with some different recipes I’ve been stashing, one of which was this picture on Pinterest for mahi-mahi lettuce tacos.  The link didn’t go anywhere so luckily the description had the ingredients and a quick description of what to do. 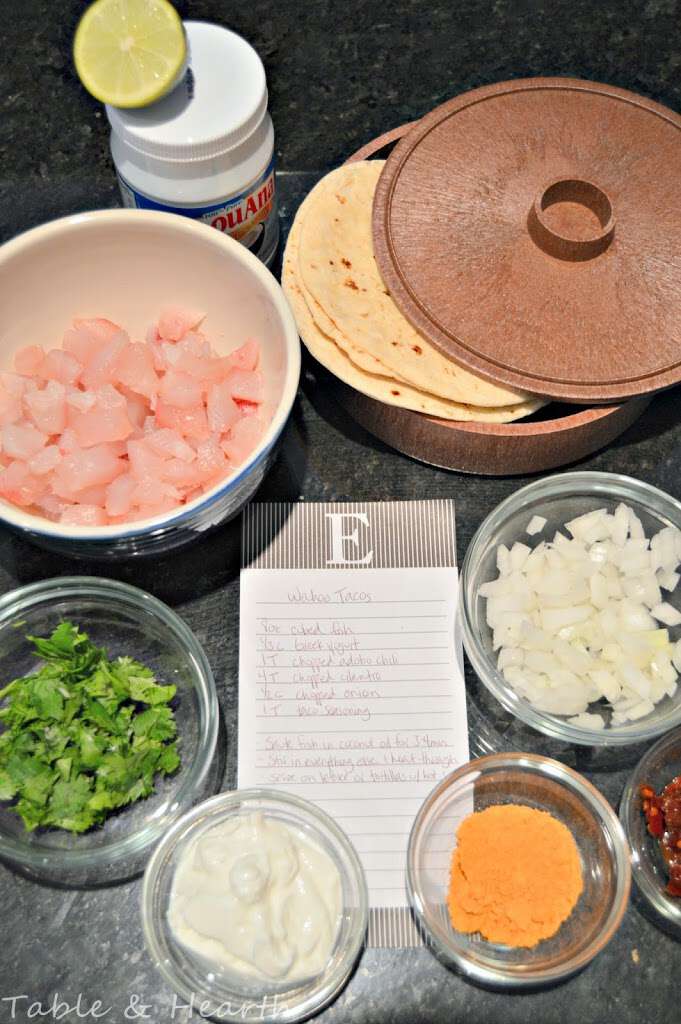 Before cooking any fish species, I always try to trim out the bloodline if I can.  This is the bright red tissue, usually down the middle, which, when cooked, can have the off-putting fishy flavor. 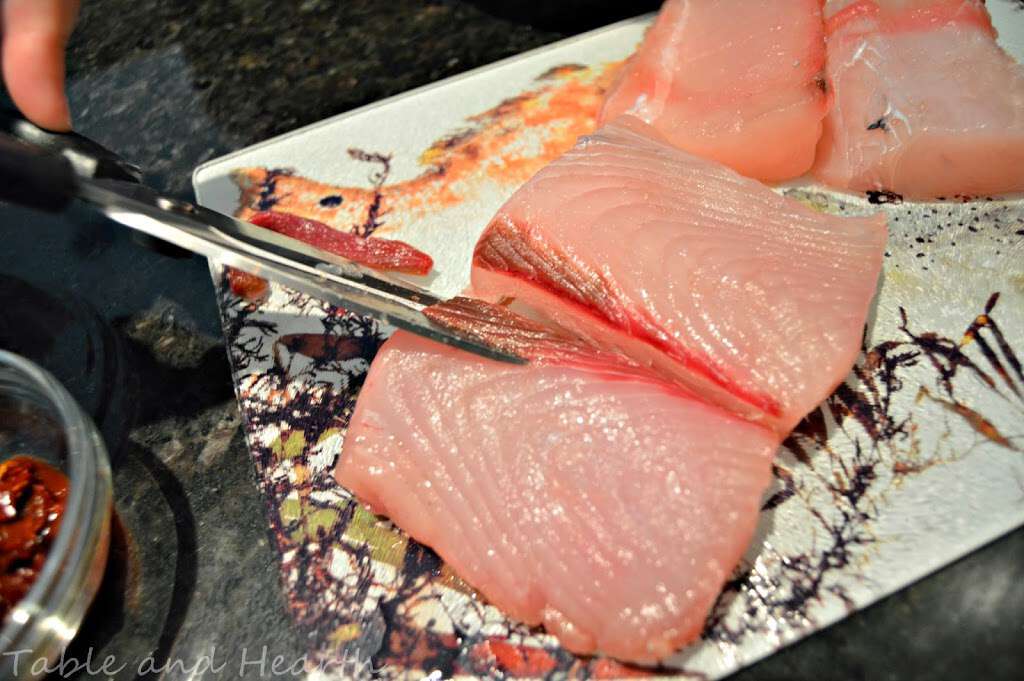 First up for this recipe is to dice the meat.  Again, I prefer to use my kitchen shears for this cause it goes so much faster than using a knife.  The recipe called for it to be sauteed in coconut oil which I’ve never used before.  It worked fine and I know it’s healthier but next time I think I’d still prefer to use good ‘ol butter.  It gives so much more richness to fish. 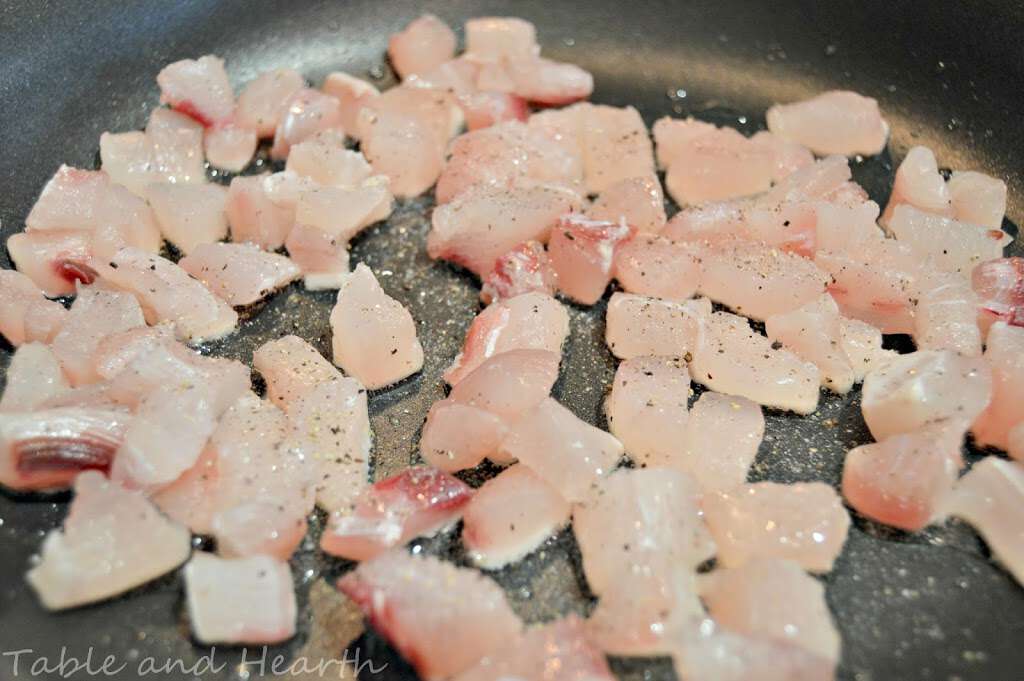 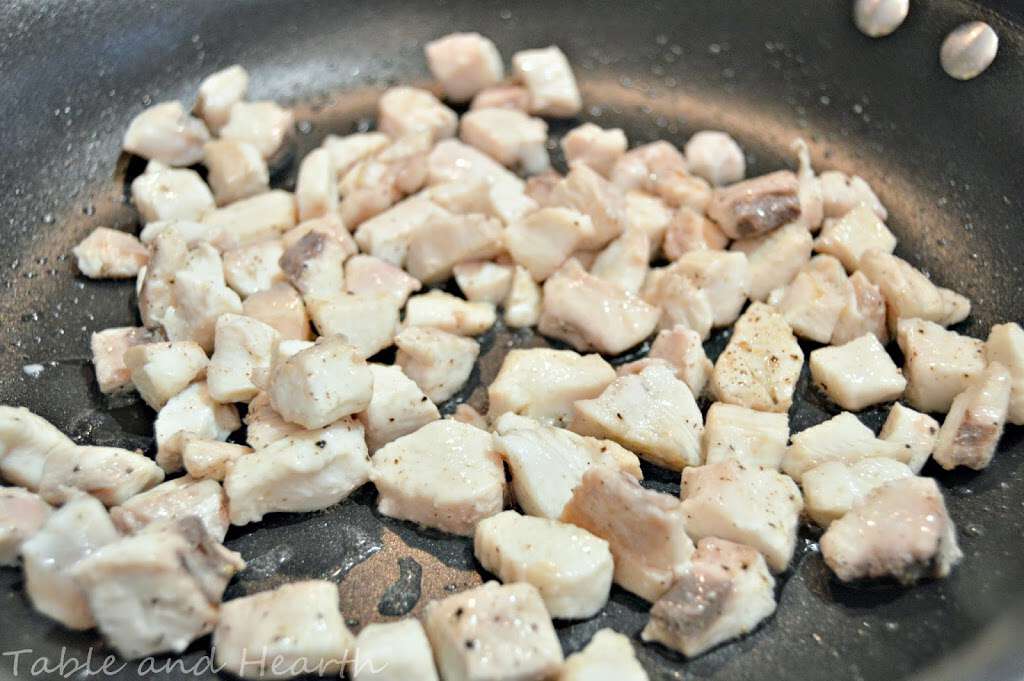 While the fish is cooking, mix the Greek yogurt, chipotle peppers, cilantro, onion, and taco seasoning together.  You can add or subtract the chipotle based on your preferences, same with the cilantro and Greek yogurt.  I wanted mine super creamy so I upped the Greek yogurt to 1/2 cup.  Oh, and I started getting the little individual cups of Greek yogurt for cooking since I never finish those large containers before they go bad. 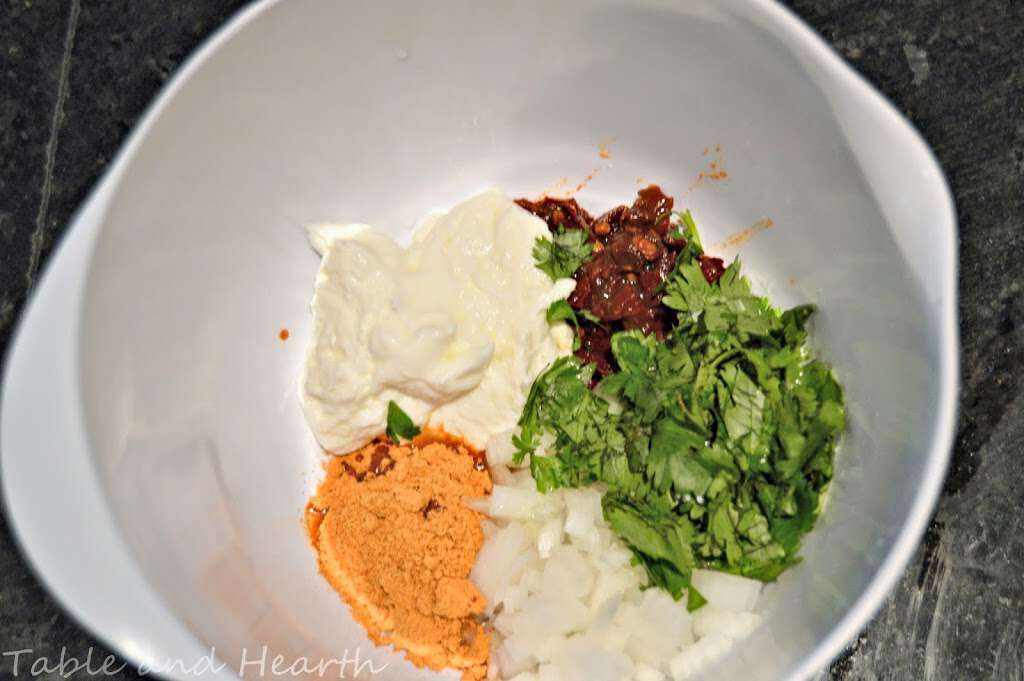 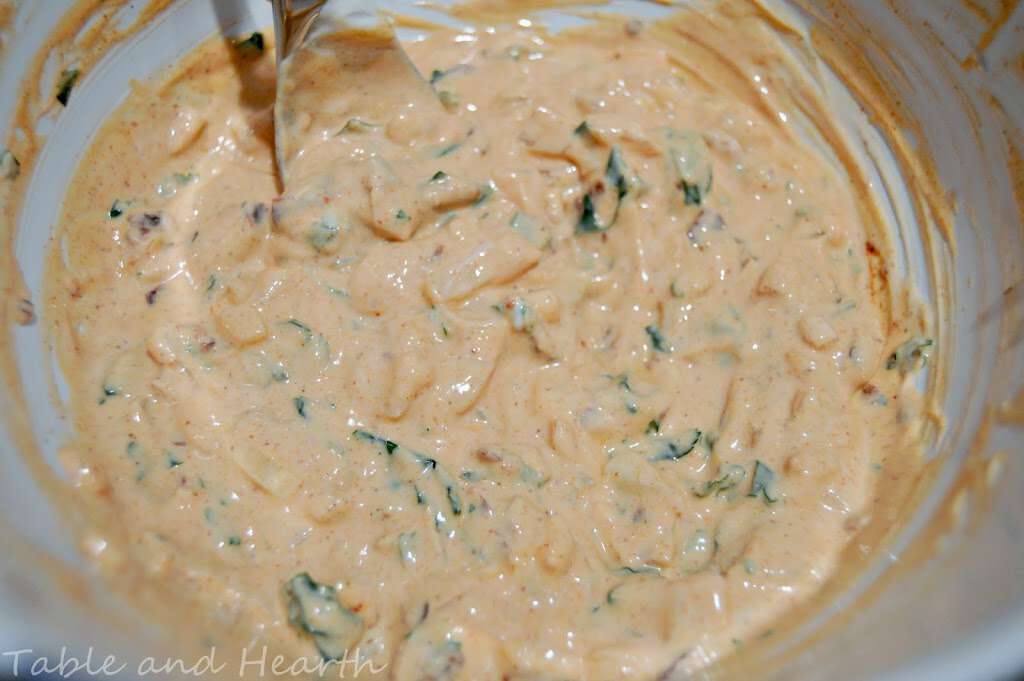 The recipe called for adding the yogurt mixture to the fish in the pan but when I did, the yogurt curdled and didn’t coat the fish pieces like I thought it would.  It still tasted (and smelled) amazing though, don’t get me wrong. 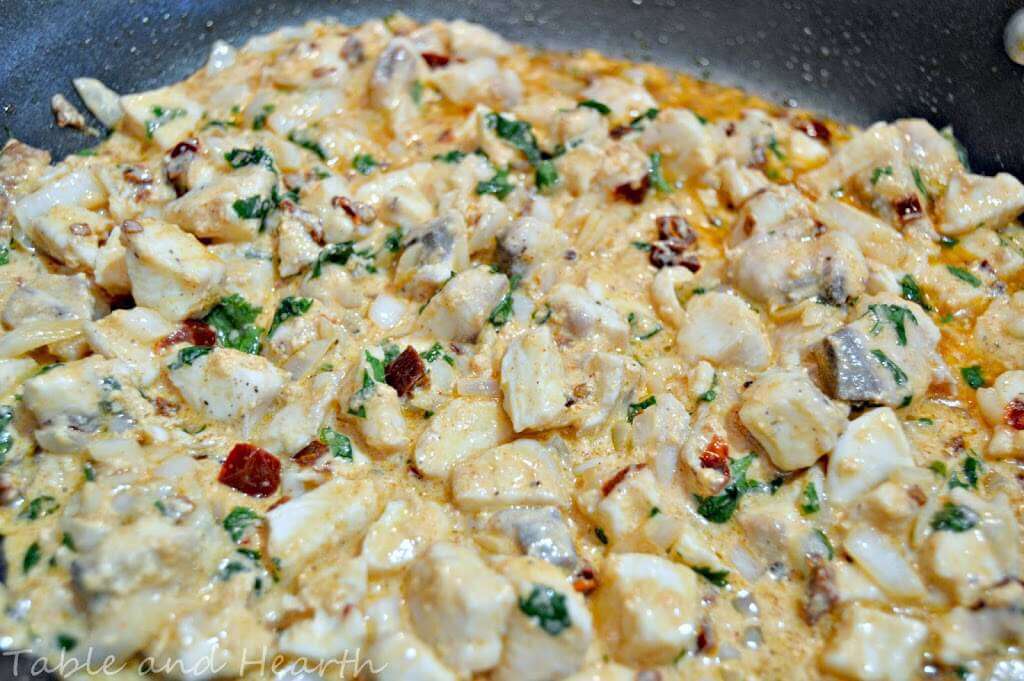 Although the picture showed it served in lettuce wraps, we used flour tortillas so they’d be more taco-like, since, as usual, I forgot to buy the lettuce anyway.  A dollop of Daisy and a squirt of lime juice later and they were done.  We didn’t need the hot sauce at all because the chipotles in adobo sauce gave it plenty of heat for sure. 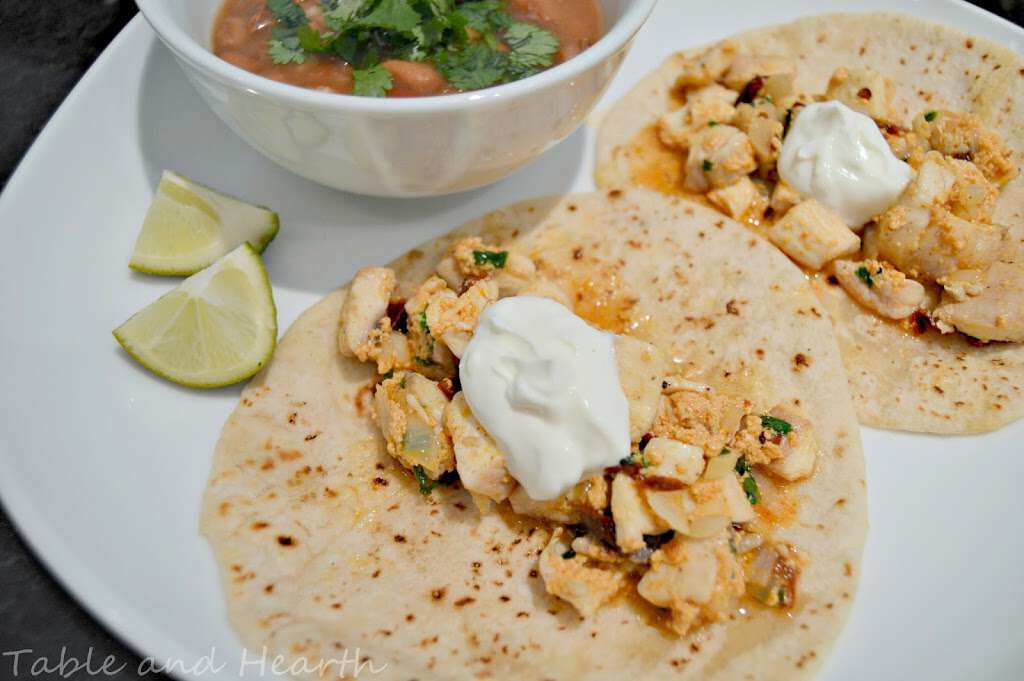 Next time, however, I will drain the fish and add it to the cream sauce then mix it, instead of adding the cream sauce to the fish in the pan.  That way it should stay coated and creamy.  Therefore, I wrote up my revised recipe for these in that manner, although you could do it either way.

This was so so good and easy.  And now we’re ready to head back out and get more! 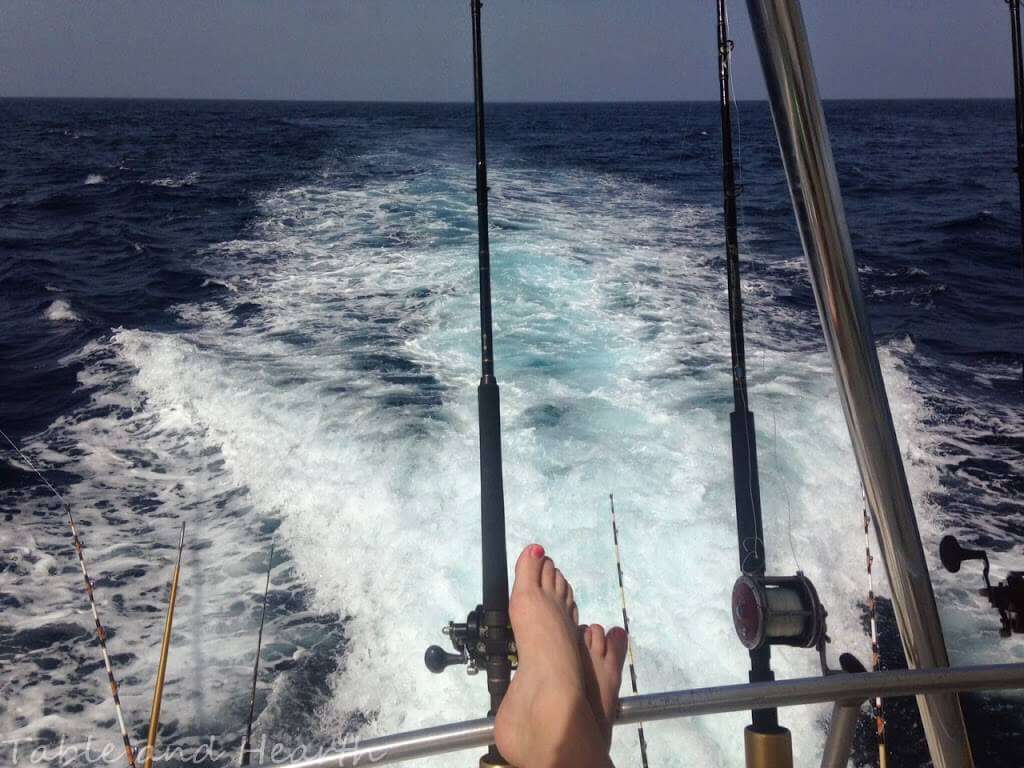