One of the three projects that formulated this weekend was getting our garage more organized by finding better storage solutions.  It had two bracket and board shelf systems and two large pegboards when we moved in but the shelves were only 12″ deep, one of them was angled downwards so stuff would gradually slide off, and the pegboards are in weird uneven places on the wall.  Yes, they were functional but were they the best organizational option, not at all.  The previous owners weren’t much on the thought-through plans or thorough workmanship (see this). (These are old insurance pics from a couple years ago, hence the nothing-picked-up look, sorry). 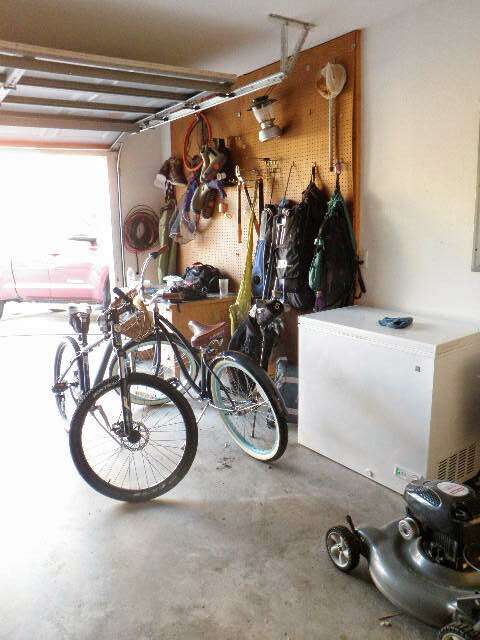 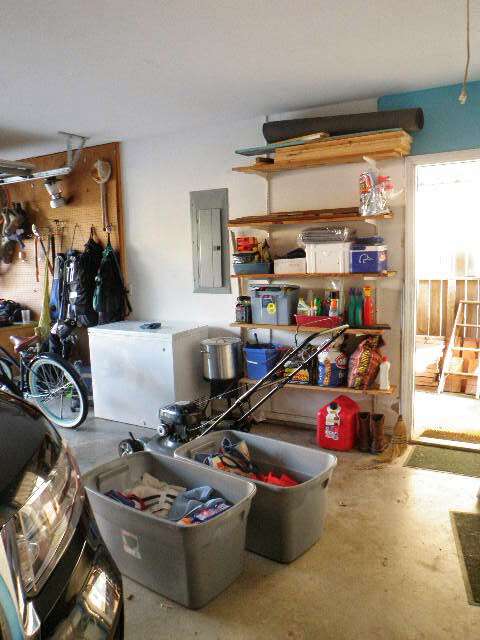 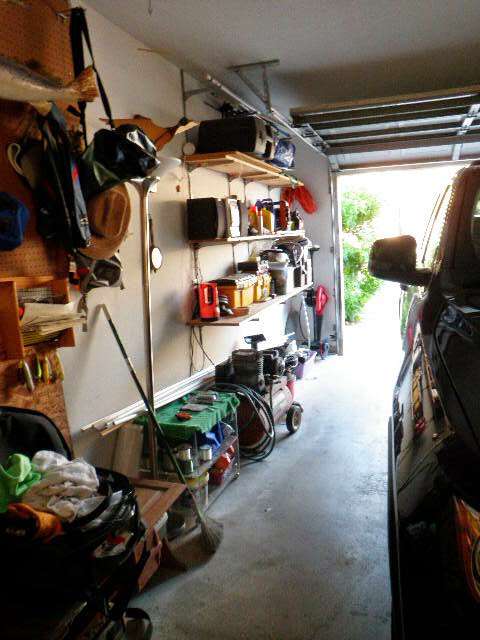 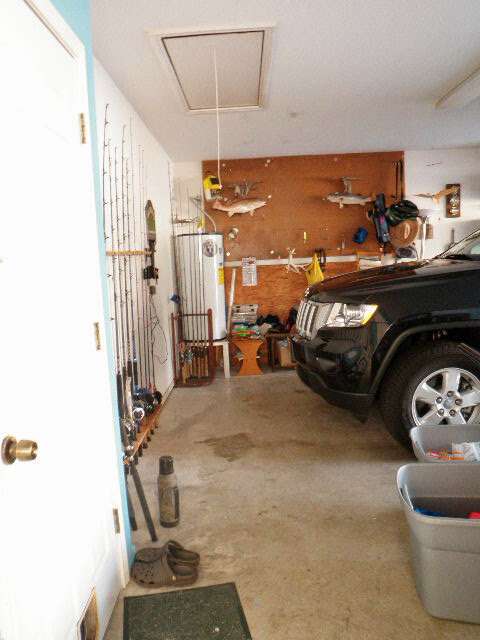 Husband is very garage-OCD.  It is about a quarterly ritual for him to go through and rearrange everything. He has four “zones”: Fishing gear and poles, tools/mechanical stuff, outdoor gear (chairs, hunting stuff, more fishing stuff, snorkeling stuff), and house items (gardening, car washing, etc.).  Now, I don’t think our garage is very messy or full, I have seen ALOT worse, but I do think there are better ways we can organize what we do have.  Mainly, by containing it.  We have been discussing it and had planned on getting a true organizational system in here this summer but we got ancy and during our project-palooza at Lowe’s, he went ahead and got four shelving units, three 48in wide and one 36in wide.

We liked that the leg holes don’t show on these, that they have a more chunky/sturdy appearance (they are heavy as crap), and that you don’t have to use a wrench or anything to assemble it.  First thing he did was take down the old shelves.  They left nasty dents and holes in the wall so I insisted on spackling those immediately.  I heart spackling. 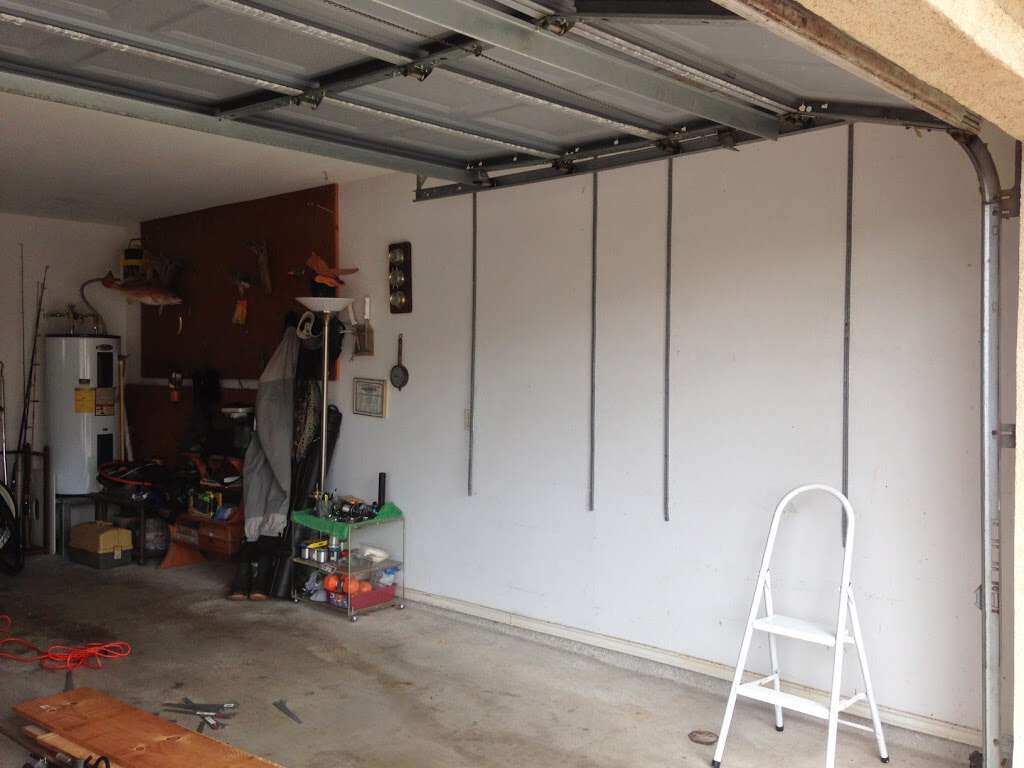 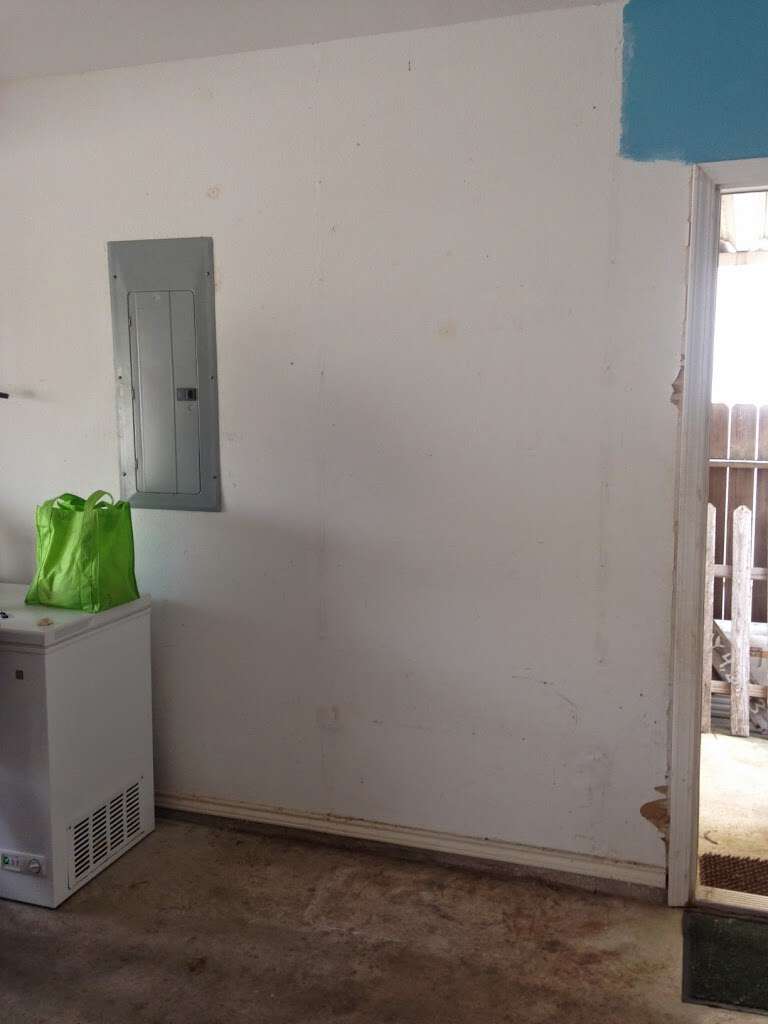 For the 48s, we put two where the longer shelves were and one next to the side door, and split the 36s into the wider assembly option (three shelves on one side, two on the other) and put it where his fishing gear was.  They were so easy to put together, not confusing at all, and again, no tools needed.  You just slide these snap-looking-thingies into the holes at the level you want, push down to lock them into place (we used a rubber mallet sometimes to be sure), then drop your board in. 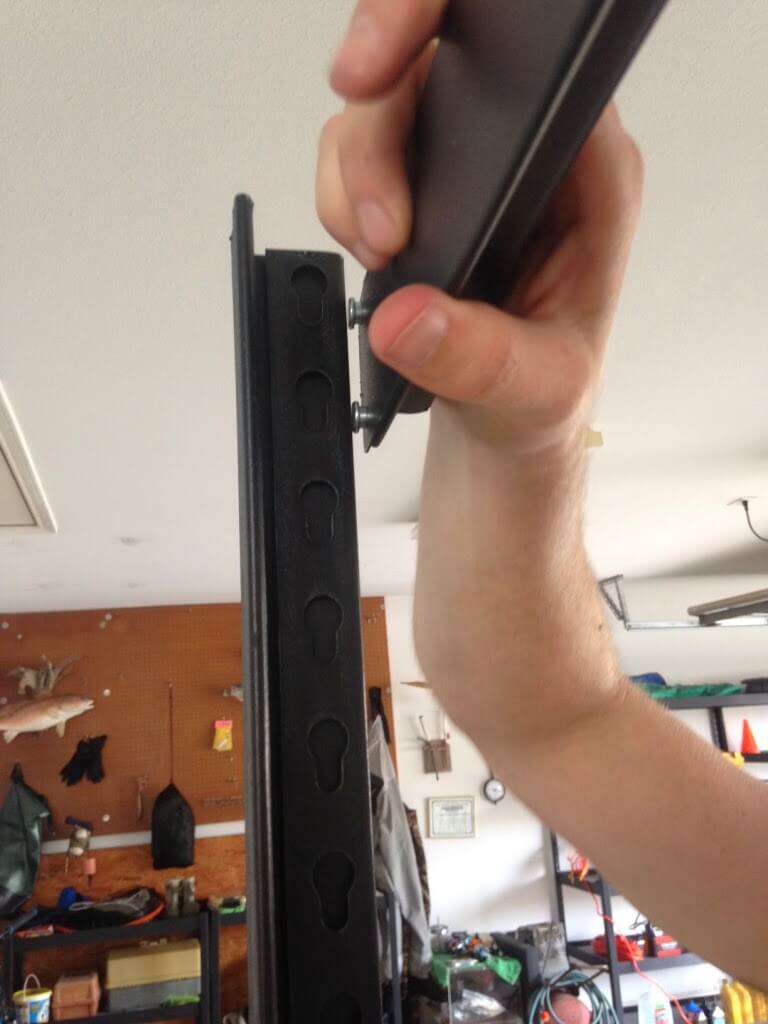 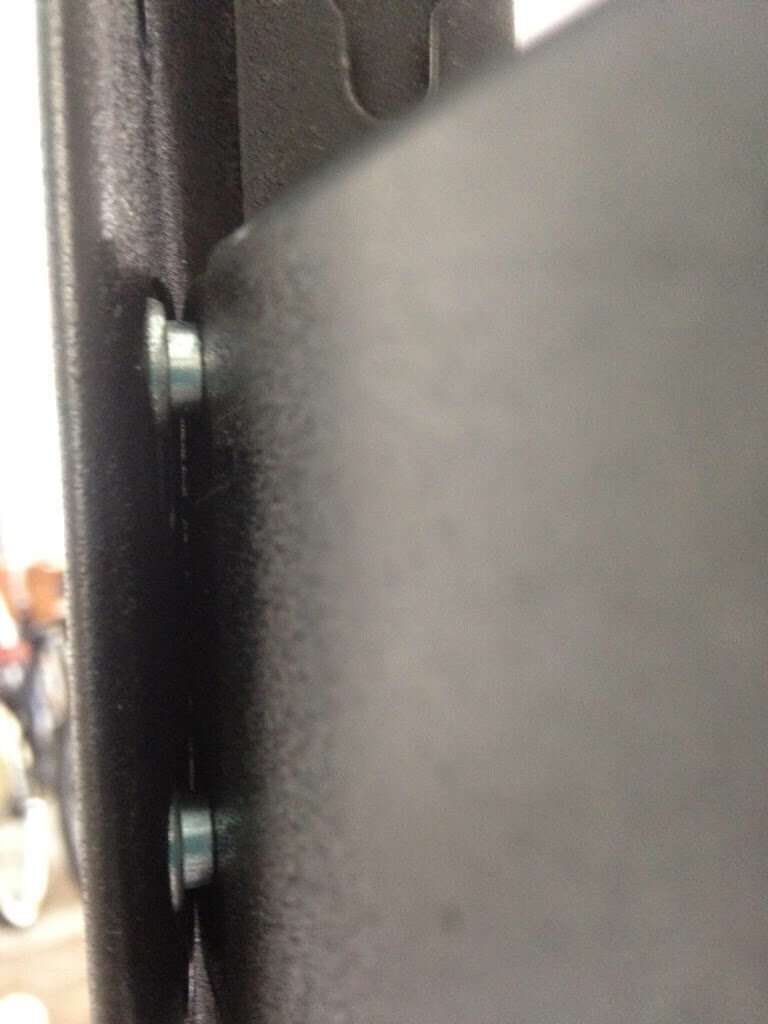 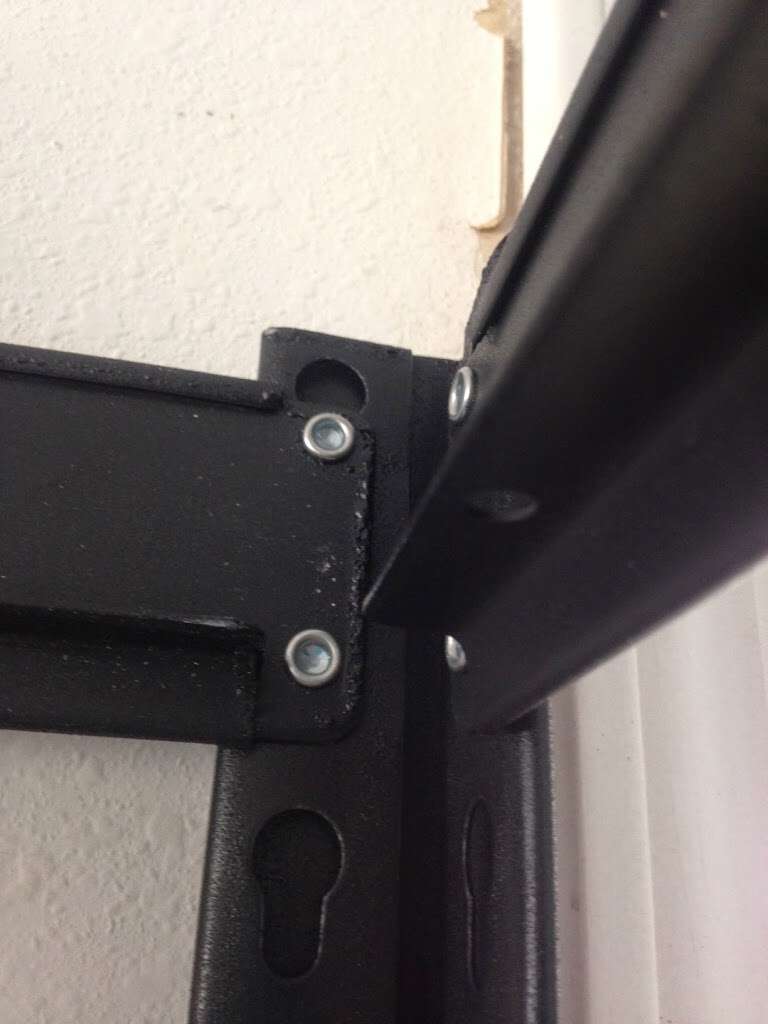 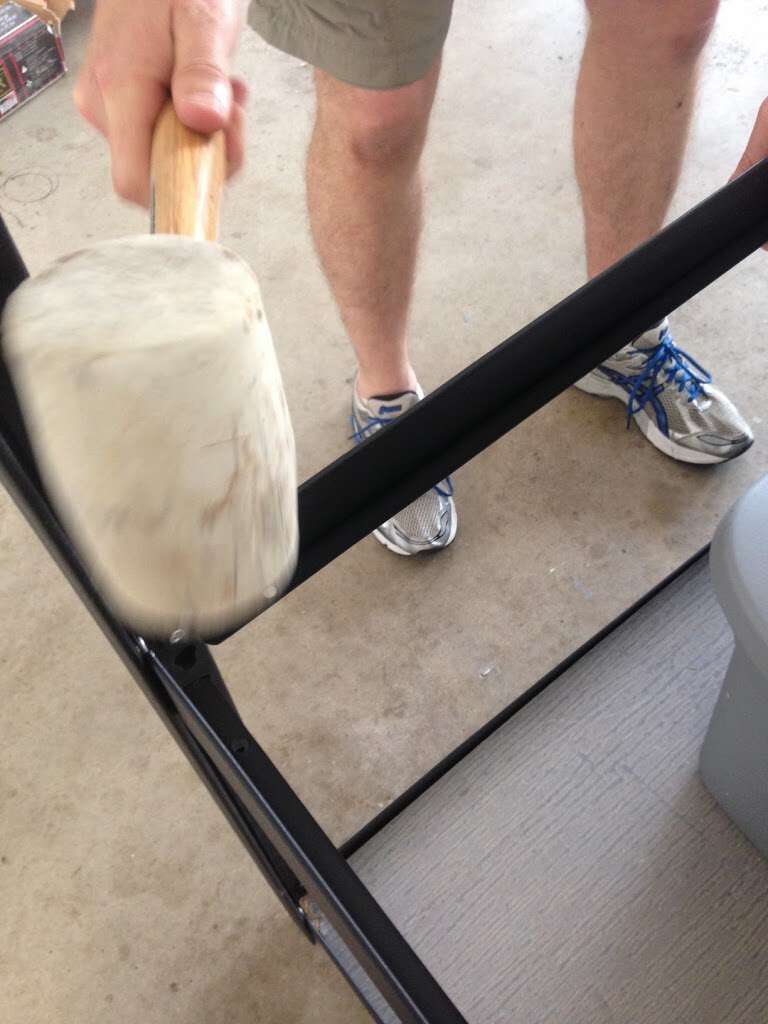 The lip of the shelf can be deeper (as we have them) or shallower (board more flush with the edge) if you turn them around.  You can add connectors halfway to make it into a 5-shelf like we did the 48s, or you can leave them out and do two short shelves like we did with the 36s.  They are VERY snug and had to use the mallet to get them all the way in and on one of the 48s, we had to pry the frame open to get it in, but no other problems than that. 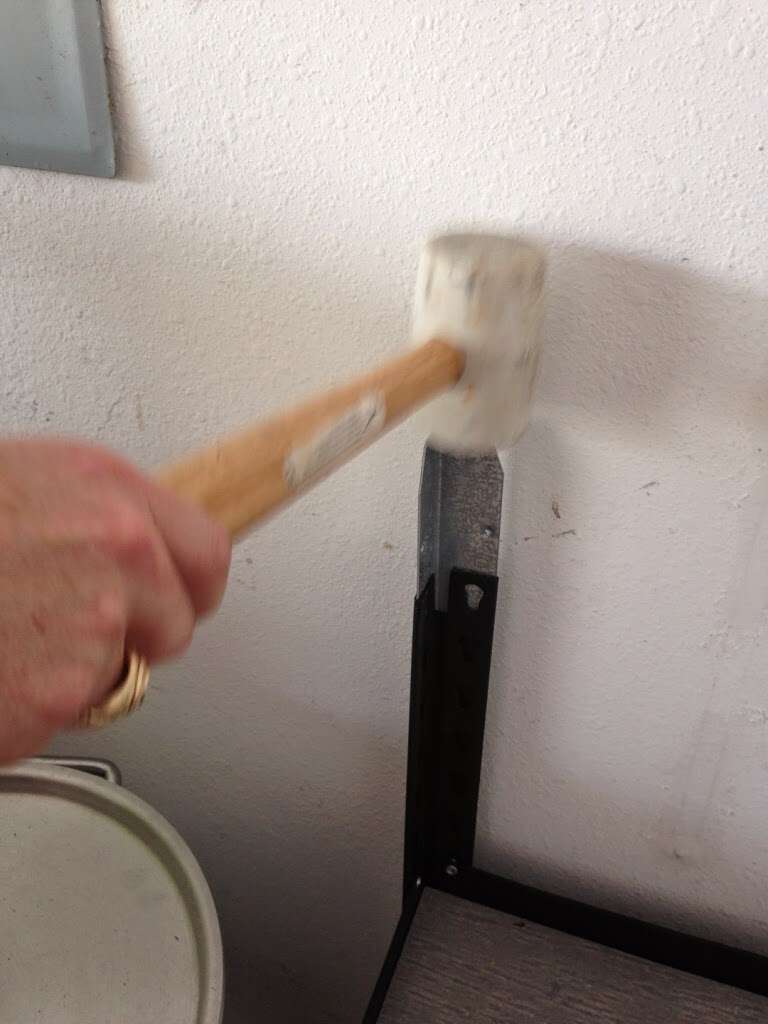 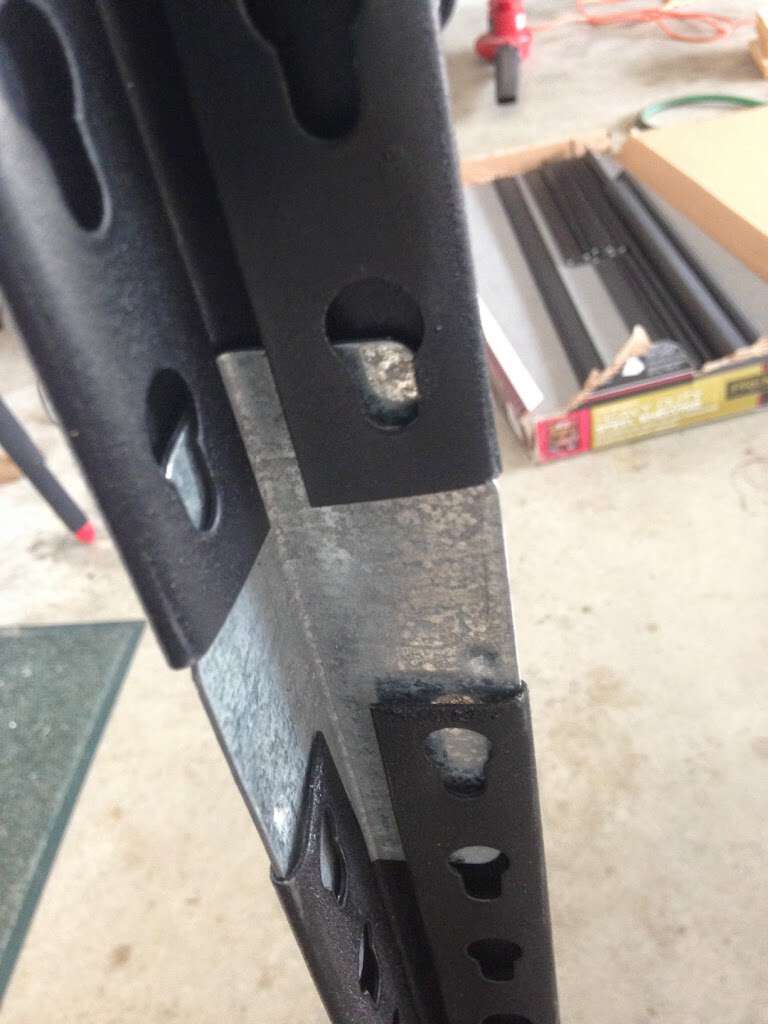 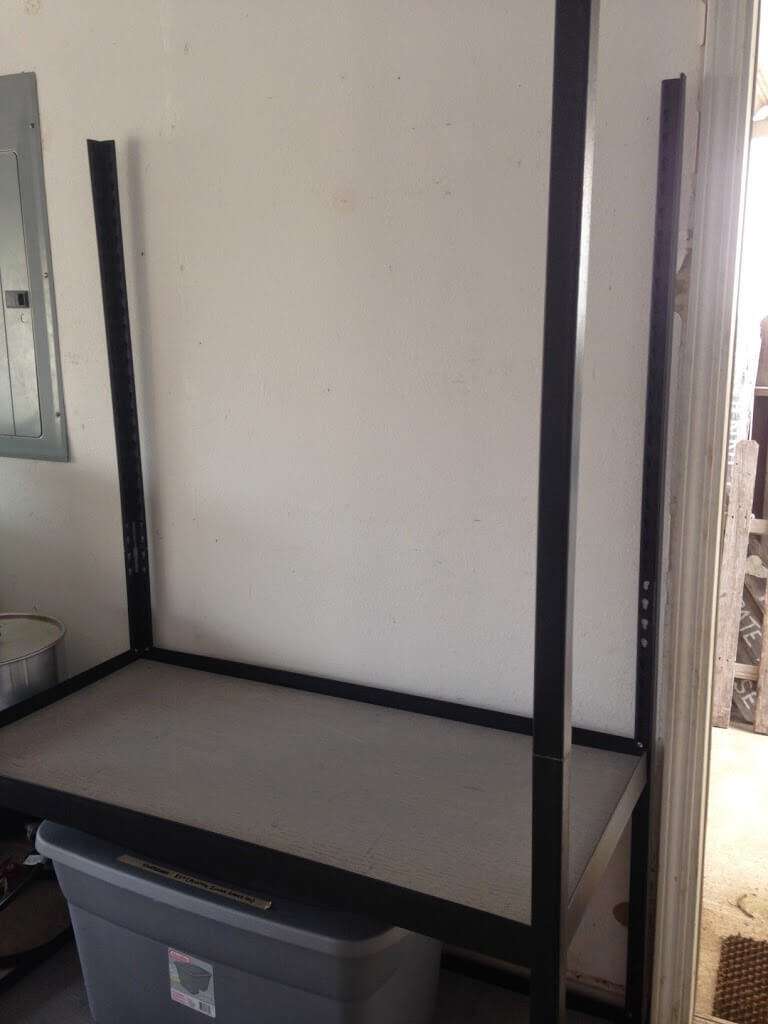 Here are the shelves done, ready for Step 2: some reorganization and containment. 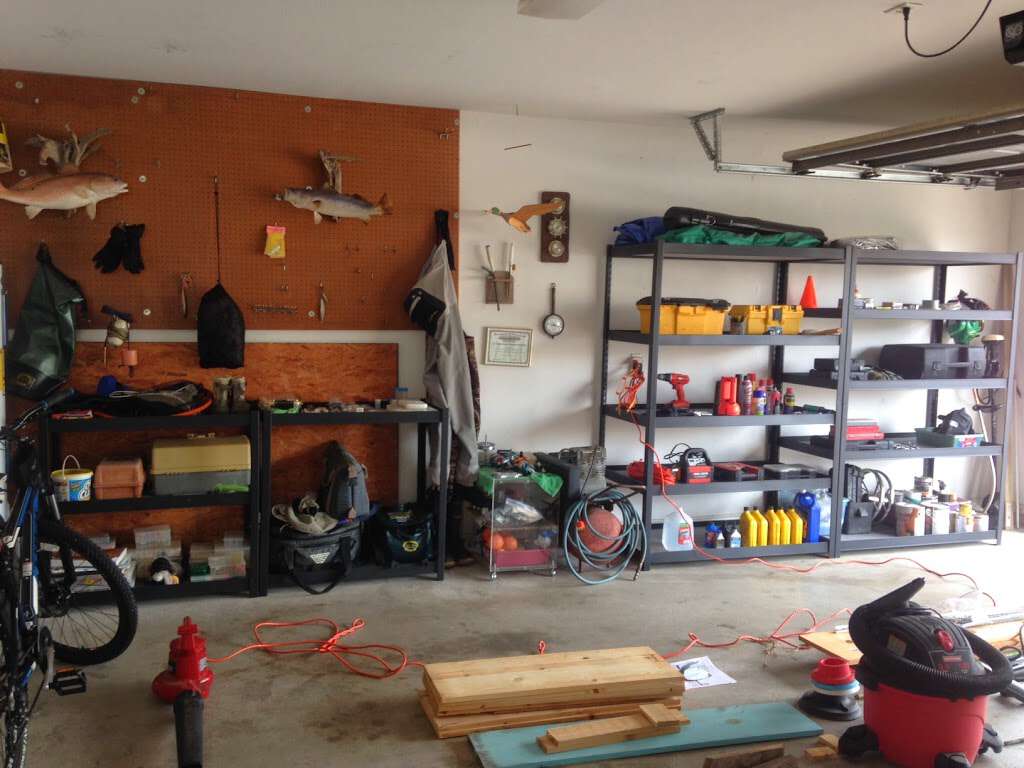 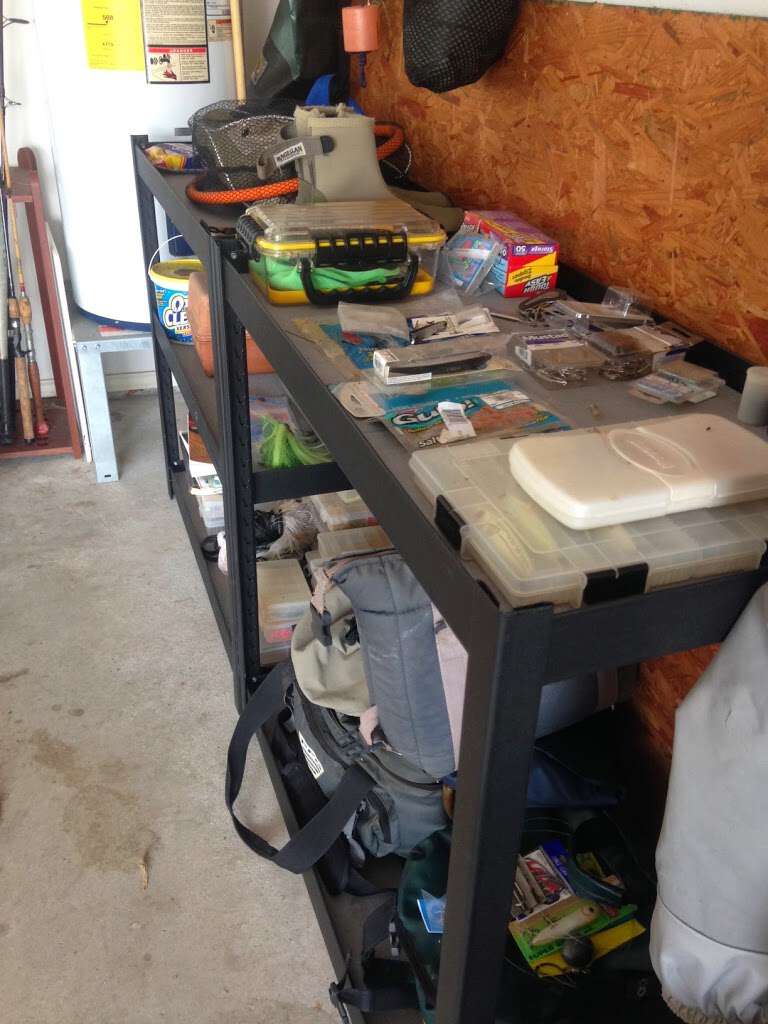 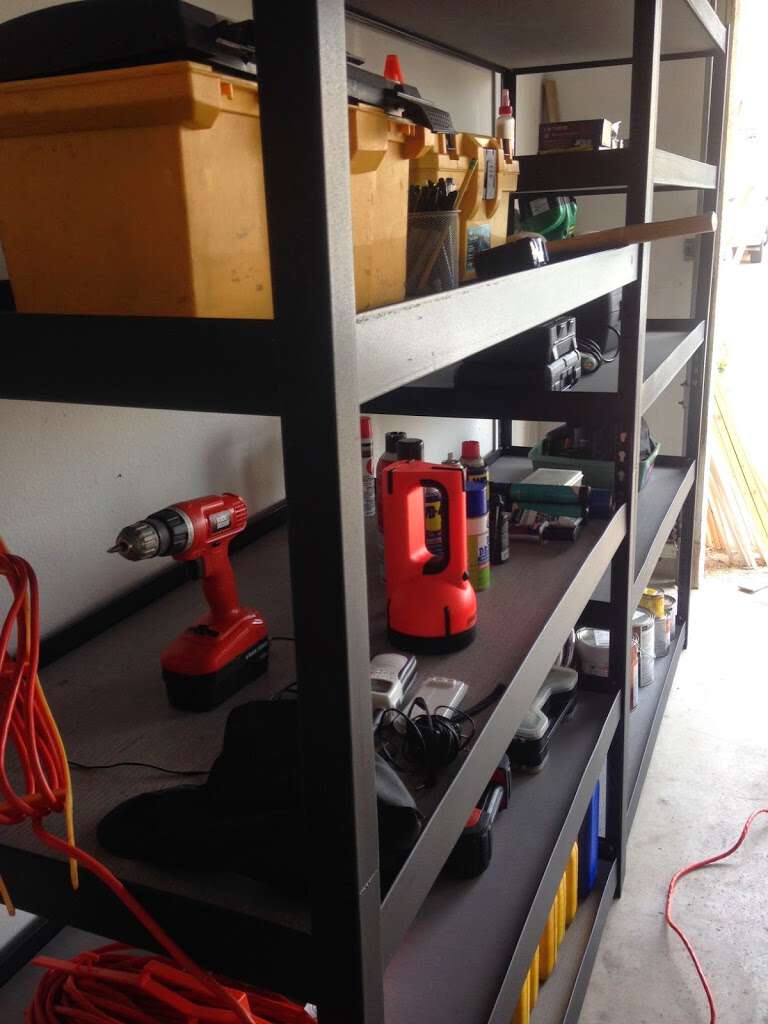 For that step, we are going to get a load of totes/bins in varying sizes, some of those plastic drawer sets also in varying sizes for little items, and a few baskets or open containers for things that are frequently used.  As far as tools, he has about three plastic toolboxes in operation, some loose drill bit containers, socket sets, and the like, and power tools in their plastic carriers.  Eventually, maybe for Christmas, I would like to get him serious big-boy tool chests to put all of it in.  Consolidation man.
It may be a little while before this next step but I can’t wait to do it, I heart me some organization.  Dare I say we get a label maker?!?!

2 thoughts on “Garage Organization with Shelving”