Happy “Monday”!  I hope you all enjoyed your Memorial Day weekend!  We stuck around and got some much needed R&R in along some overdue blog work!  There’s a new and improved recipe gallery in the Recipe tab and new project galleries are in the works too so watch for those.

Summer is here and that makes our May ingredient in the Monthly Ingredient Challenge even more appropriate… lemons!

I’ve been dying to use mascarpone for a while now so when I saw lemons as this month’s ingredient, I thought instantly to combine the two.  I also for some reason have been wanting to stuff something, and what’s a pastry that’s prime for stuffing?  Sopapillas! 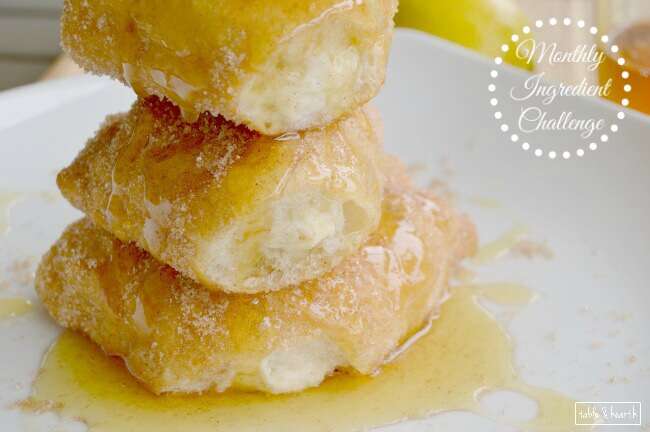 I grew up enjoying plenty of sopapillas in our favorite Mexican food joints but I’ve never made them myself.   I chose to use Food52’s recipe for my sopapillas and it was super easy. 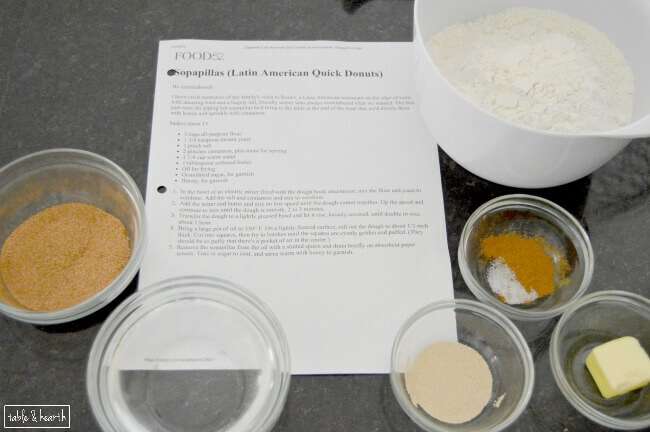 I’m usually really intimidated by making any sort of dough.  Hence the lack of pastries on here :/  My Kitchenaid dough hook has probably been used less than a dozen times, so shameful, I know.   The dough is really simple to put together, it just takes a while for it all to mix up using the hook so be patient. 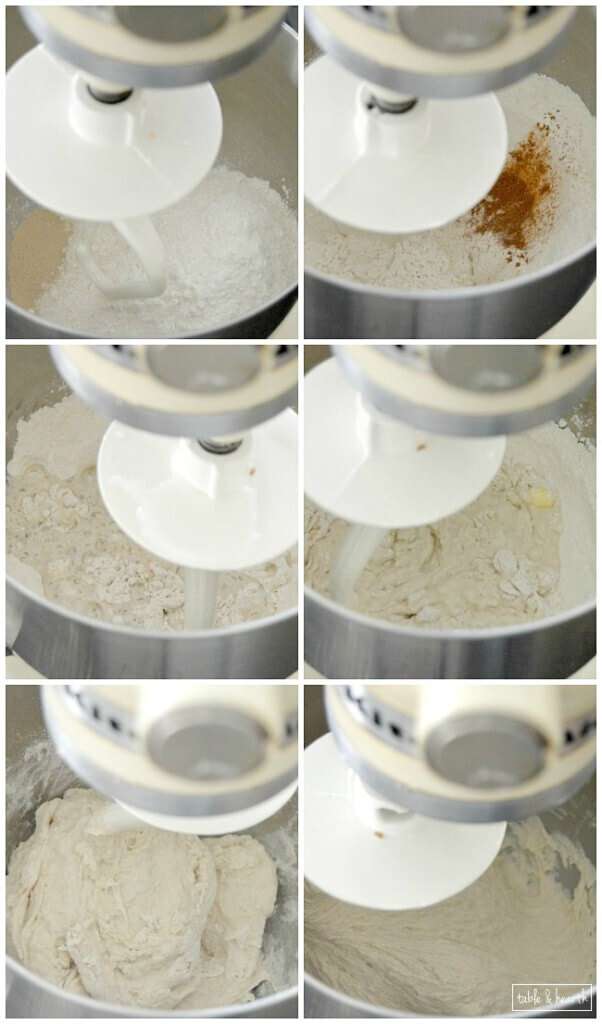 I tend to have alot of trouble getting dough to rise, usually taking twice or three times as long as it should.  But this one rose perfectly.  A quick roll out to about 1/2″ thick and it’s ready to go.  I cut mine into triangles that are about 3″ on each side. 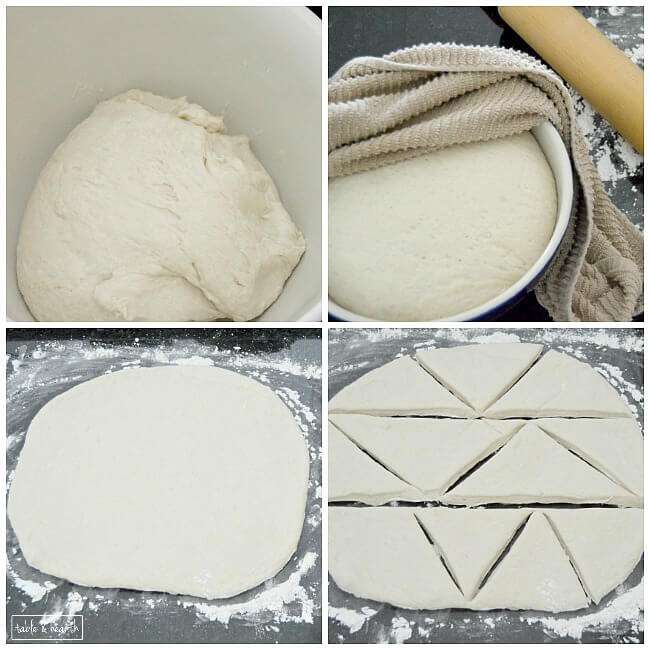 While the dough is rising, go ahead and prepare your lemon mascarpone.  I used 8oz of mascarpone but it was only enough for about half of the sopapillas, so I doubled it on here.  I mean, if you have extra lemon mascarpone on hand, is that really such a bad thing? 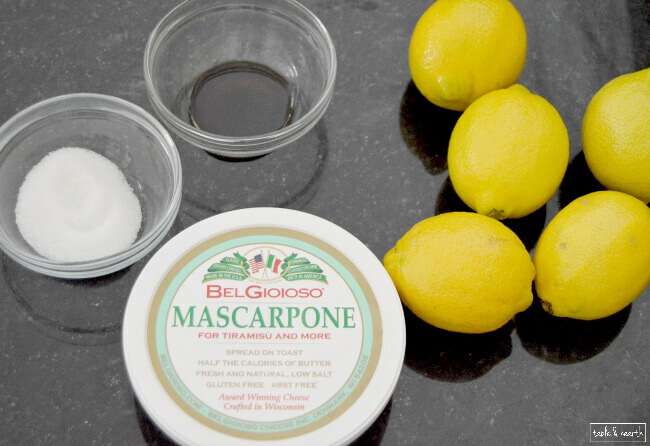 There’s really nothing to this, just mixing it all together.  You can tweak the amount of all of it if you’d rather have it more lemony, vanilla-y, or sugar-y.  I wanted mine pretty tart to counteract all the sweetness of the sopapilla toppings so there’s quite a bit of lemon juice in the recipe below. 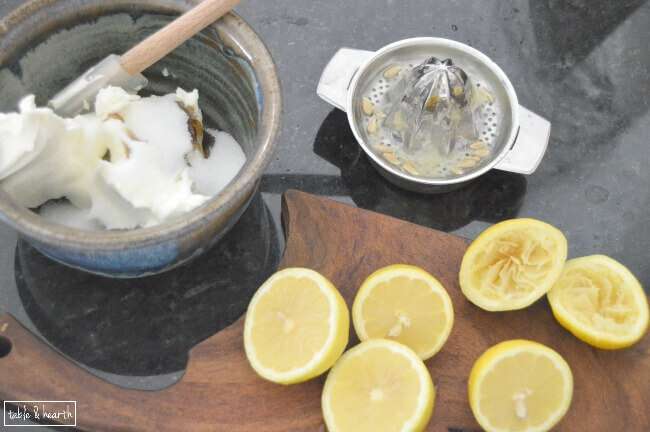 Done and done!  Don’t worry, it looks thicker than it really is, it’ll pipe easily.  Pop it into the fridge until your sopapillas are ready to be stuffed. 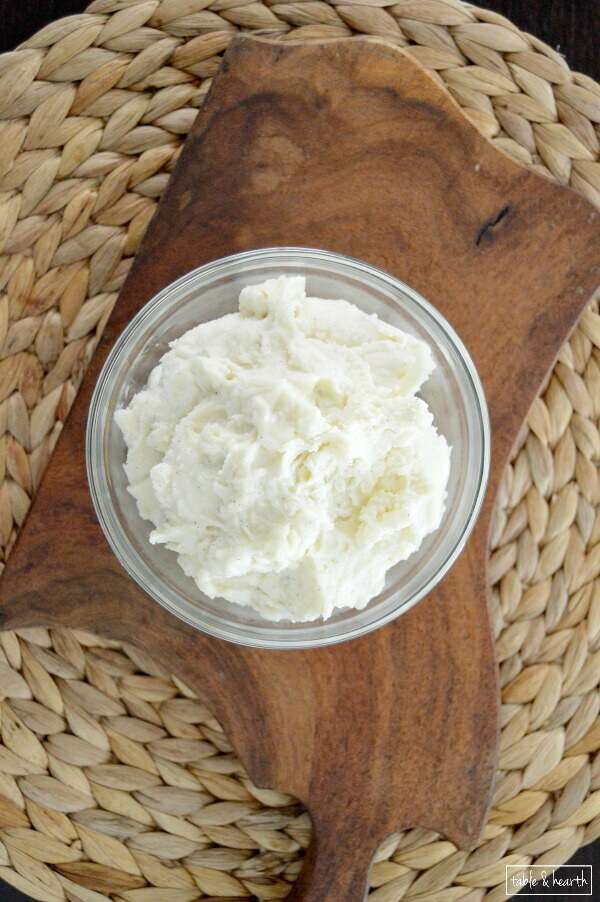 I used our Fry Daddy to fry my sopapillas in but you can also do this on the stovetop.  Here’s my little sopapilla assembly line.  I didn’t want to crowd the fryer so I did one sopapilla at a time.  Staging, frying, blotting, and dusting. 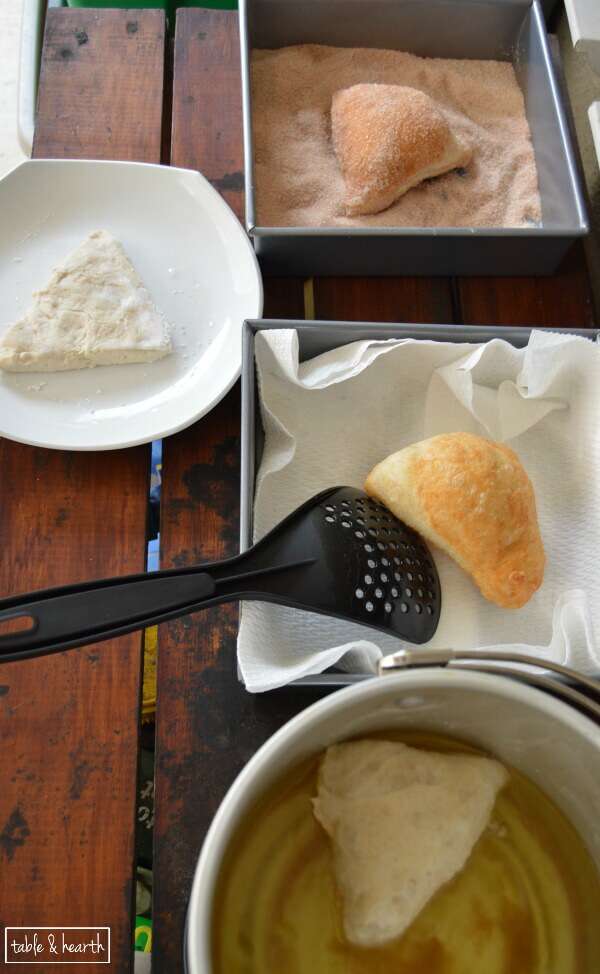 It only takes a minute or two on each side in the fryer, and even then I felt like some of mine may have been a little overdone because they were kind of hard on the outside.  So just watch them and take them out as soon as they are puffed and just barely golden.  I also made sure to not let the dough stretch too much as I was putting it in the fryer, the ones that did didn’t have a nice triangle shape and didn’t puff as much. 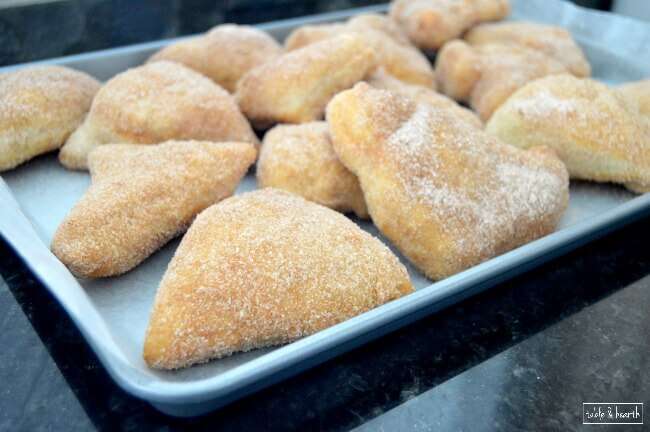 The cinnamon sugar coats them perfectly, just look how pretty!  Now, as much as it pains to cut your pretty puffy babies, you gotta get that mascarpone in there somehow.  I did mine two ways, by cutting one completely in half horizontally then filling, and also by cutting a tip off the sopapilla with shears then using a plastic baggie filled with the mascarpone to squirt the filling into the hollow middle.  This way worked best for me and allowed them to look like solid sopapillas still. 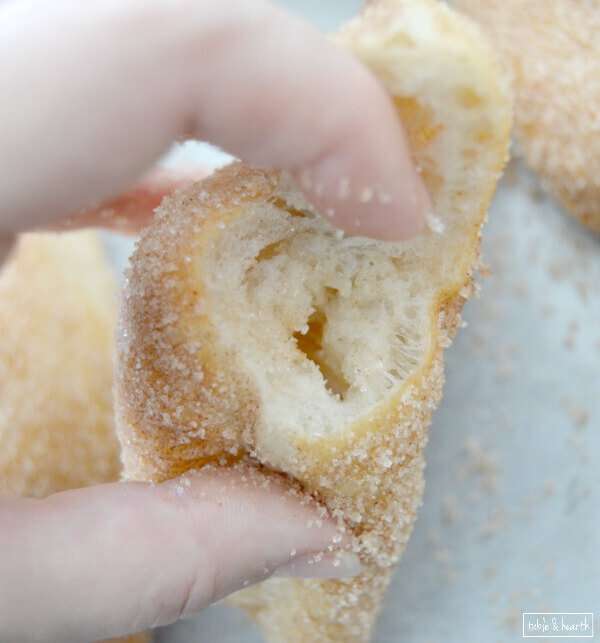 You can see on the one I did horizontally how much of a perfect puff they will get.  Crazy! 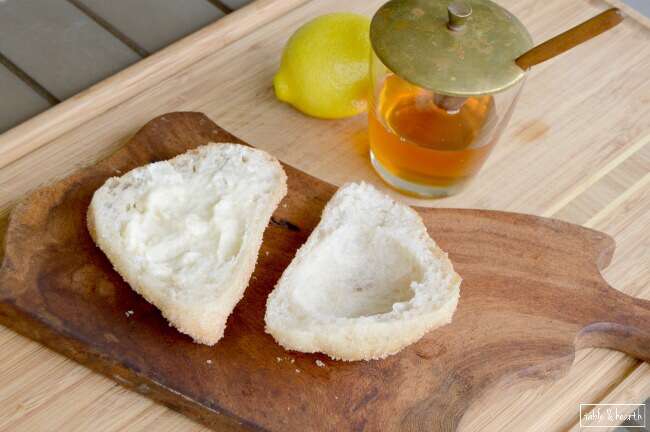 Of course you must drizzle honey all over them next, I mean, what’s a sopapilla without honey?!?  P.S. how cute is that little brass sugar cup thingie Rosalie found?! It was perfect for the honey here :) 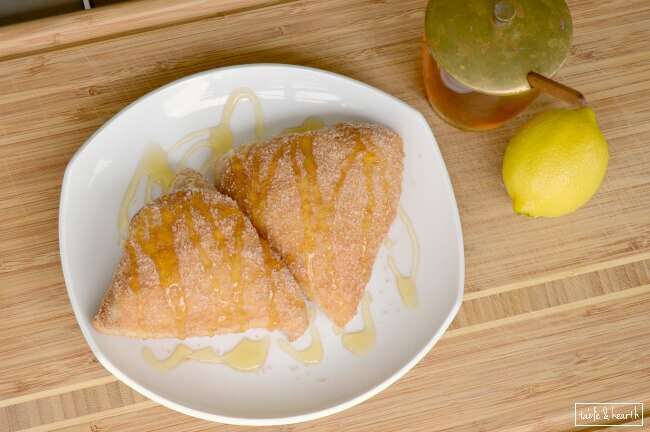 I may have eaten about four of these guys, maybe more, before this shoot was over with.  The combination of lemon, creaminess, and sweetness is amazing.  These are the perfect summer treat! 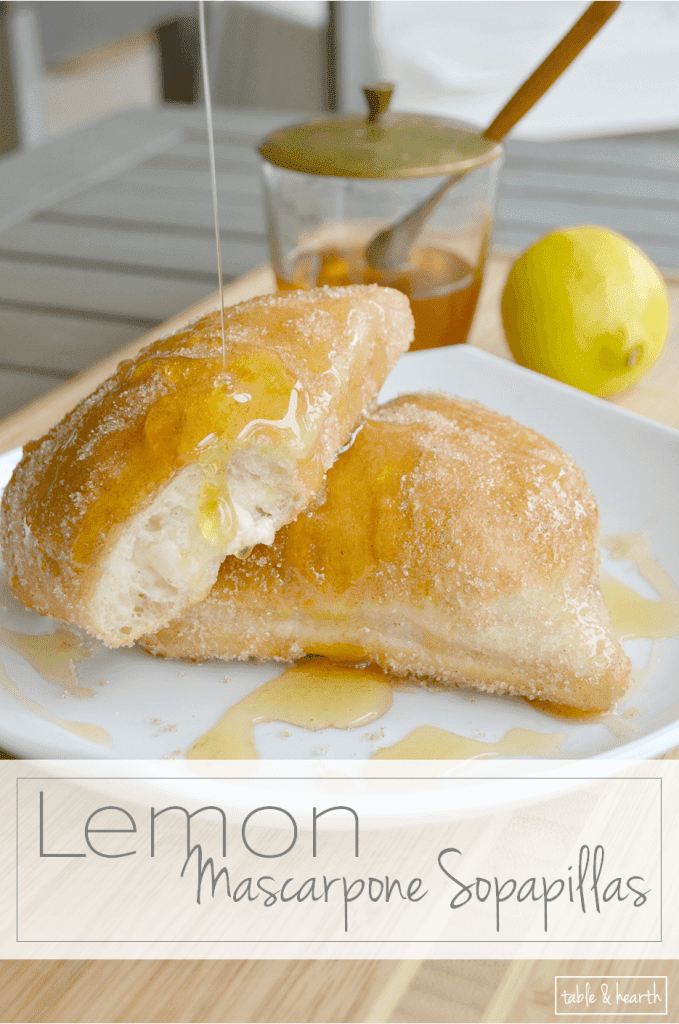 These guys are just one of 12 other recipes featuring lemon in this month’s Monthly Ingredient Challenge.  Hop around and see what the other girls came up with, they always blow me away with their recipes!!

You can find all of our past recipes on our Pinterest group board here: