When we overhauled the backyard shortly after moving in to our home, it was without saying that we obviously needed some sort of an upgrade from the “pergola” the previous owners installed.  The only reason we left it this long (4.5 years!) is because it’s nice to hang bird feeders from.  The beams are, get this…5′ tall.  That’s it.  I am 5’3″ and have to duck to walk under them.  Really?! 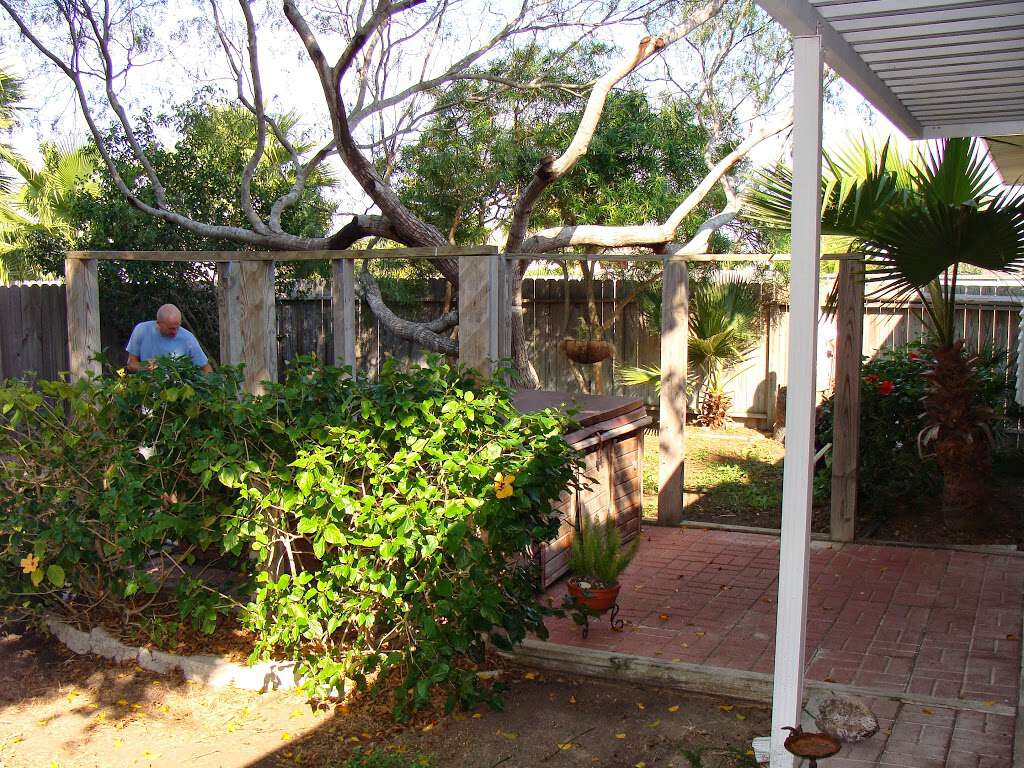 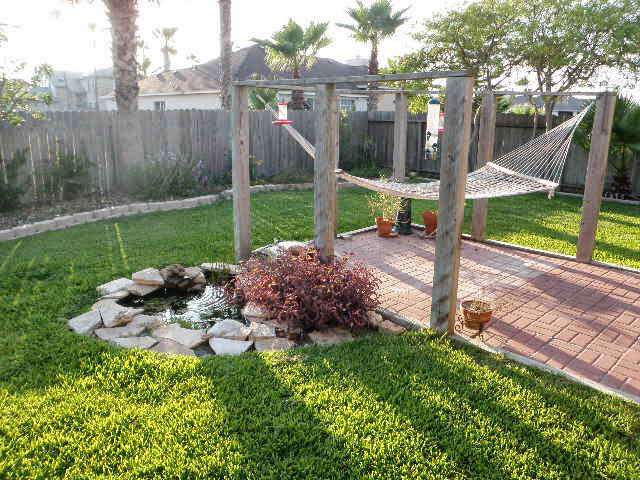 I have dreamed of beautiful, large, stained pergolas in all their over-hanging tall glory for every.day of this 4.5 years.  We knew it would be a couple of grand to have one installed and the father-in-law insisted he could build one if he had what was needed, but we never went any more serious than just casually wishing for it.

But, the other day I was going on about the blog and how in most of the ones I follow, it is both husband and wife that have a passion for projects, and how on mine, it will mostly be me doing the stuff because I am the DIYer in our house.  Husband would rather be fishing, reading, tinkering in the garage, anything but doing projects.  And that’s fine, I always want him to do what he wants, what makes him happy, and what keeps us from arguing…and that is him not all up in my DIY-salad.  But he took it as a challenge, and declared he will be DIYing us the pergola, he “wants to be a DIYer too”.  Who am I to argue with that?  He was very excited to take on building the pergola with help from his dad.

So now we had to try to find plans.  We could have ordered a kit that comes with everything already cut and stained (I really pushed for this) but it wasn’t much less than having the whole dang thing installed (which I also pushed for) so that was out.  We will get the lumber, stain it, and construct it.  It is a base of 8’x10′ (size of current pad) which is a little different from most plans we’ve found so we are having to make up our own from multiple plans.  We really need to work on our saw department so until then, the father-in-law has all the tools we’ll need (plus a nail gun for my wainscoting!).  We won’t be making any super-fancy cuts on the ends and won’t be notching out so it will be something like this (sans notching):

We will be using 4x4x10′ posts, at 8’x10′ with 1′ overhangs and will have to go outside of the current pad so that we can anchor them in the ground really well (hello hurricanes) which is going to be cutting it oh-so close to the pond on that one corner :/

He was wanting to get it all done this weekend since we have alot of busy weekends coming up but we discussed it last night and, luckily, are just going to set the posts this weekend and do the top later.  We need to study plans more anyway before doing the rest.  Posts, post supplies, and stain were purchased last night and I will stain them before we put them in this weekend. 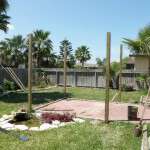 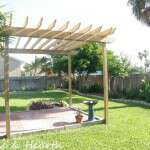 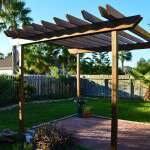