This month the girls and I were super happy to partner with Royal Design Studio to give a little personality to something in our home with their stencils!  From walls, to tile, to fabric, we thoroughly put these to the test!  It took each of us DAYS to settle on which stencil to use they have so many.  I know I changed my mind like 13 times. 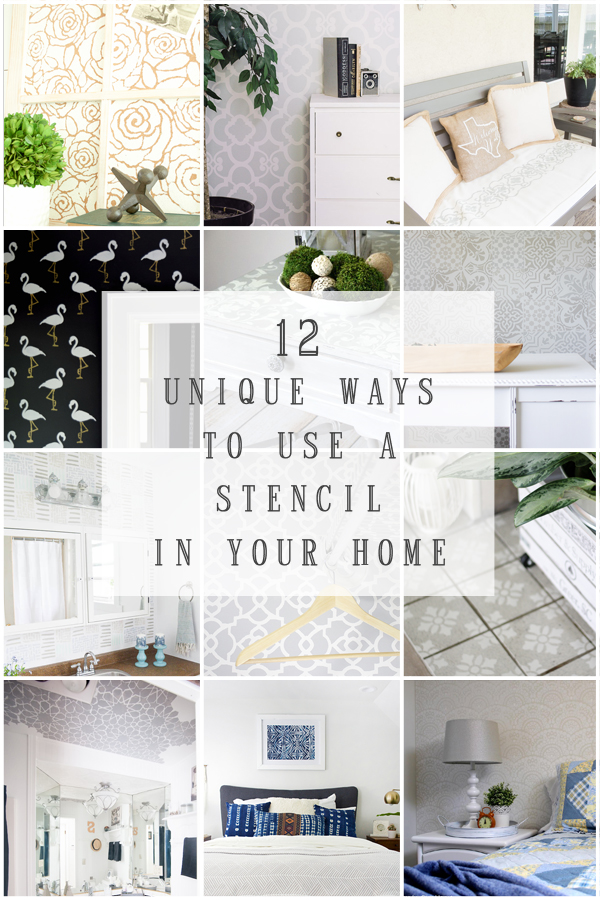 When I refinished our patio furniture set for the patio makeover last fall, I noticed the cushions were looking a little haggardly and had finally started to show some dirty spots.  Understandable after a few years, even though they’re covered with towels most of the time to help protect them. They were in major need of an update and a beautiful stencil was just the sort of pattern and simplicity I was looking for!

I initially had high ambitions of adding a border to our DIY outdoor cushions, and may still do that, but with the crazy storms and rain we’ve had here in Texas over the last month, there just never was a clear time to hang them up and really work on them.  But I’m happy it turned my focus over to the cushions because I feel like this is what they needed all along! 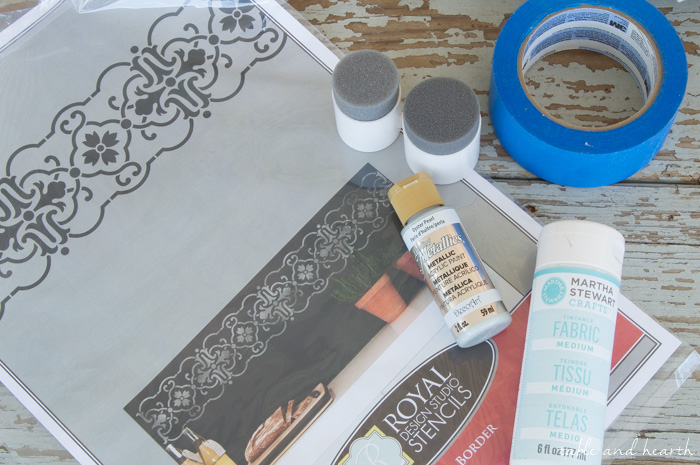 So, I have never tried to paint fabric before aside from using puff paint pens in high school .  I was quickly schooled by the other girls that in order to use the common acrylic paint I had planned on using from my stash, I’d need to mix it with fabric medium.  *grumbles*  So I did, and it’s painless, as usual. 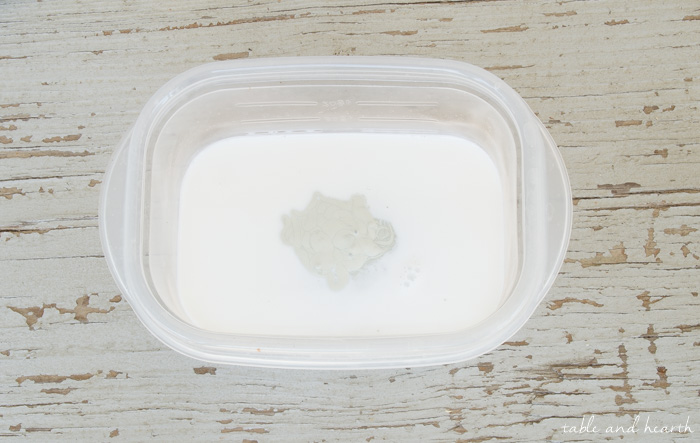 You just mix the two together based on the instructions of the fabric medium and you’re good to go.  **note:  I LOVED this oyster pearl color but had to add a little of some dark gray I had in my stash to make it show up well on the fabric, hence the lighter color shown here. 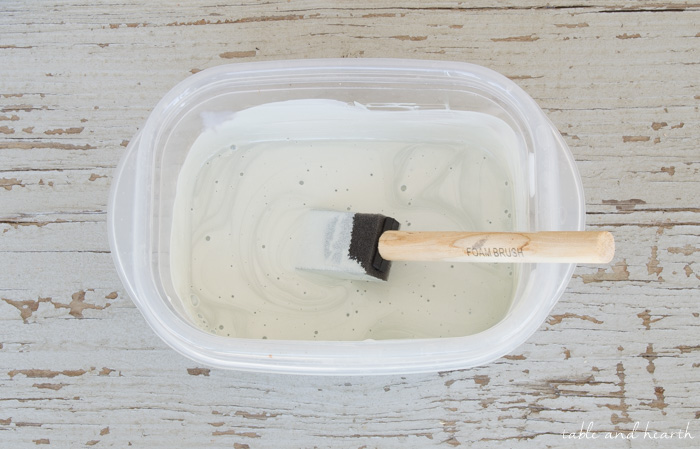 Now, being my first true stencil project, I should have picked something much easier to work with than a stuffed fabric cushion.  Unfortunately the cover doesn’t come off so I couldn’t work on it over a hard surface and it proved quite difficult to be very precise, especially when I’ve always had an issue with paint bleed on any type of stenciling I’ve tried.  I do think that using a stencil adhesive spray would have helped immensely here!, or just spraypainting maybe.

After mixing my paint and cleaning the cushion the best I could, I centered the stencil on the cushion and taped it down. 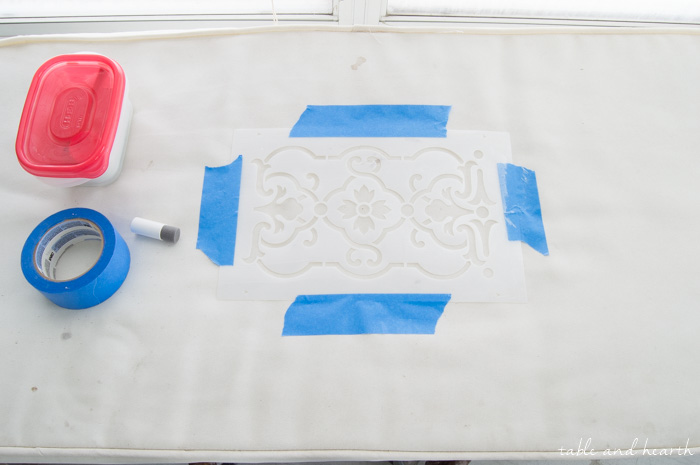 Then just started dabbing paint on as carefully as I could.  It took a little practice to get the hang of how much paint was too much, to be careful of which direction I was dabbing/painting, and to take into account that the paint/medium mixture will soak in some.  Also, these cushions were treated with a waterproofer back in the fall so it took a little while for the paint to take.  My fellow bloggers stated they prefer to wet fabric before stenciling it to help with the bleed, but that wasn’t an option on these unfortunately so I did the best I could. 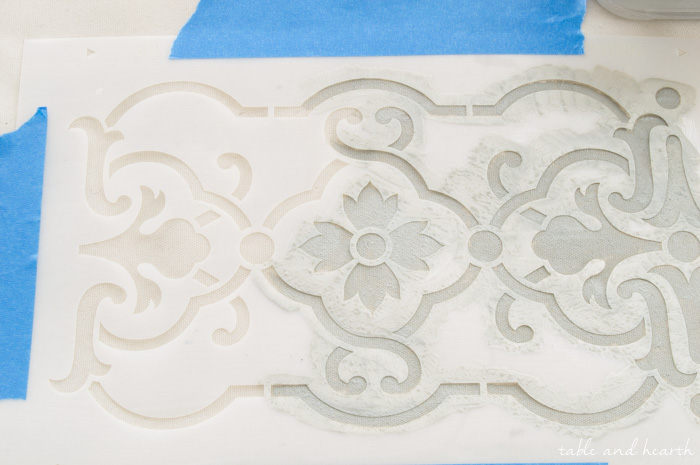 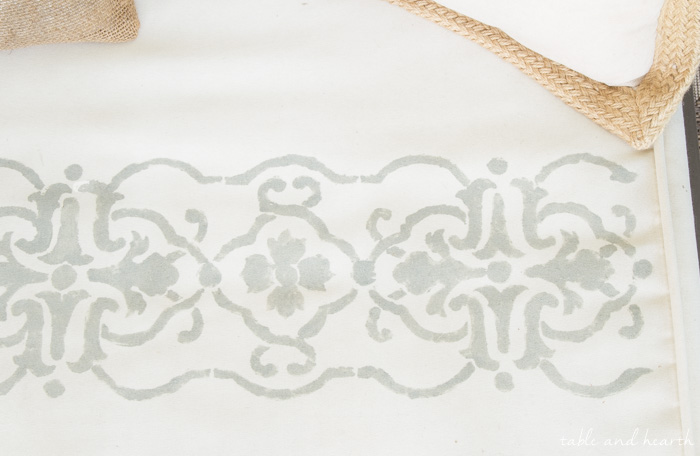 Once I completed a section, I carefully removed the stencil then washed and dried it while I waited for the fabric to dry.  I then lined it up and continued.  This cushion took three full sections and then about a third of one on the ends. 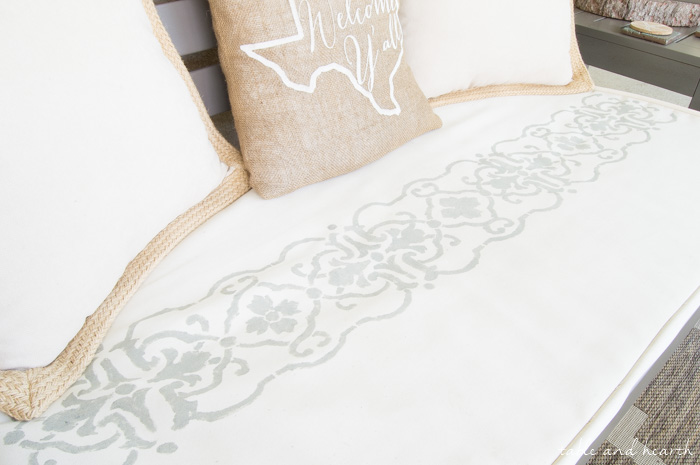 While it doesn’t have the crispest lines in all of stencil-land, I say it looks pretty dang good and I LOVE the color!  It’s light enough where it doesn’t compete with the other elements and up close there’s a pretty shimmer from the pearl paint (which I couldn’t capture in a pic no matter how much I tried). 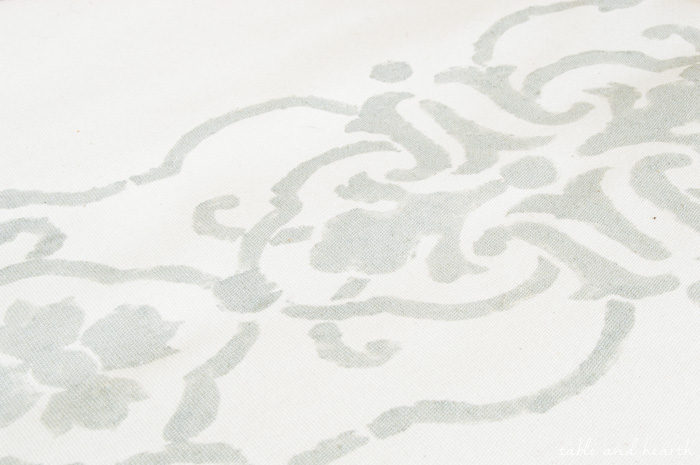 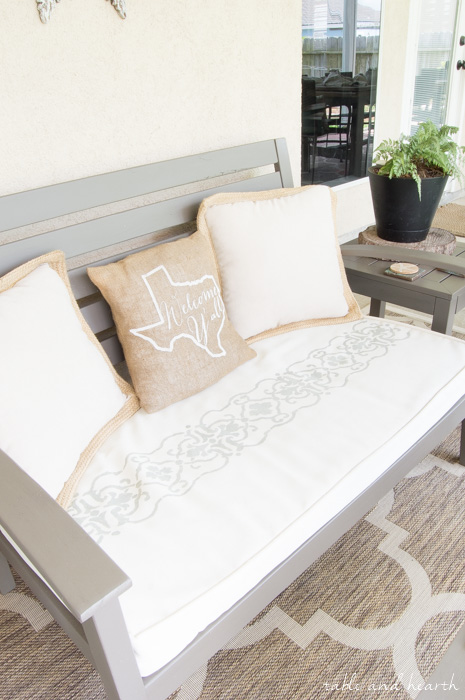 I was worried the stencil may clash with the pattern on the rug and with the ornate mirror, but it’s just different and small enough to blend in perfectly with everything.  I haven’t decided if I will go ahead and do the side chair cushions as well, I’m kind of digging having the stencil only on the loveseat as more of a focus. 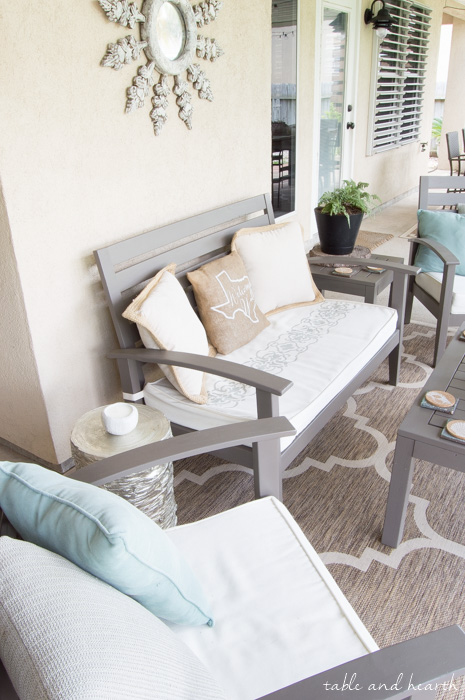 I’ve always wanted to try out stenciling and now have the itch to try it out some more on future projects.  Other than a crap ton of stencils to choose from, Royal Design Studio has a ton of stencil supplies to help you get started as well as many MANY ideas and inspirations!

Check out the rest of our stencil projects this month!

*this post has been sponsored by Royal Design Studios but all opinions and ideas are our own as usual. Thank you so much to RDS for partnering with us!  Click here to see my full disclosure policy. 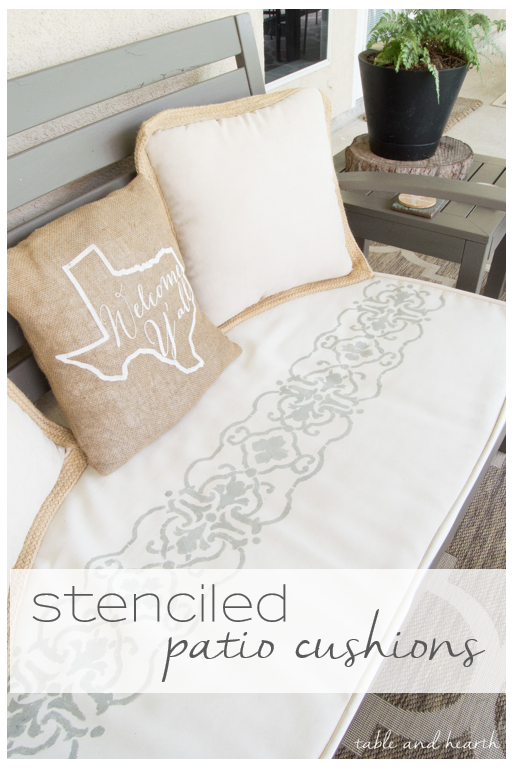 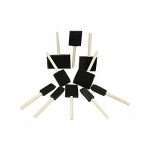 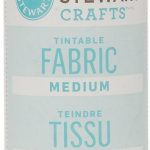 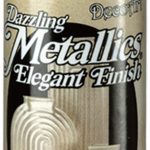 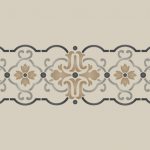 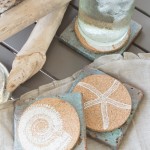 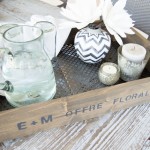 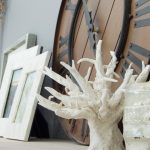