Our summer is finally starting to wind down which is giving me time to get back to my projects and crafts, and my naps, and cooking.  One craft/project I’ve been dwelling on for a while is a way to display the concert memorabilia we have accrued since we’ve been together (and some from before then).  I rounded it all up, got a 16″x20″ shadowbox from Hobby Lobby ($50 with 50% off), and started going through the inventory. 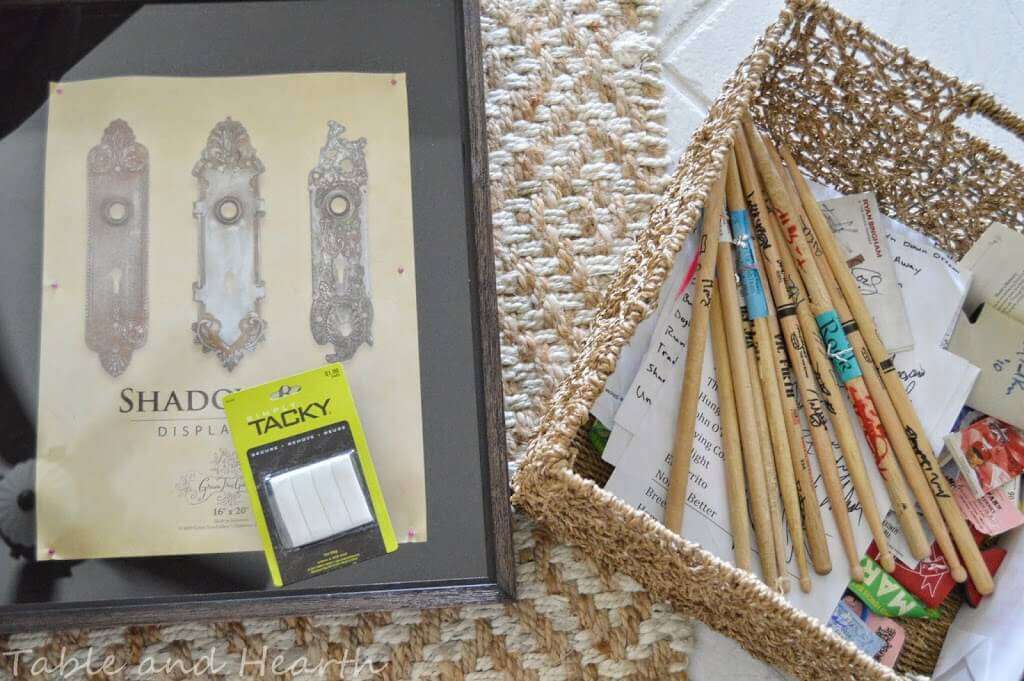 First, I say “we” have accrued loosely.  Contrary to what you may think, it is not me, but rather my husband who is the getter of our concert stuff and autographs.  Sure, he uses me to bait them in, but he’ll linger around  forever and beg ask for the drumsticks, set lists, anything, after the show has ended.  And he is dang good at it too.  His favorite is to get drumsticks or the set list and then have them autographed after the show. 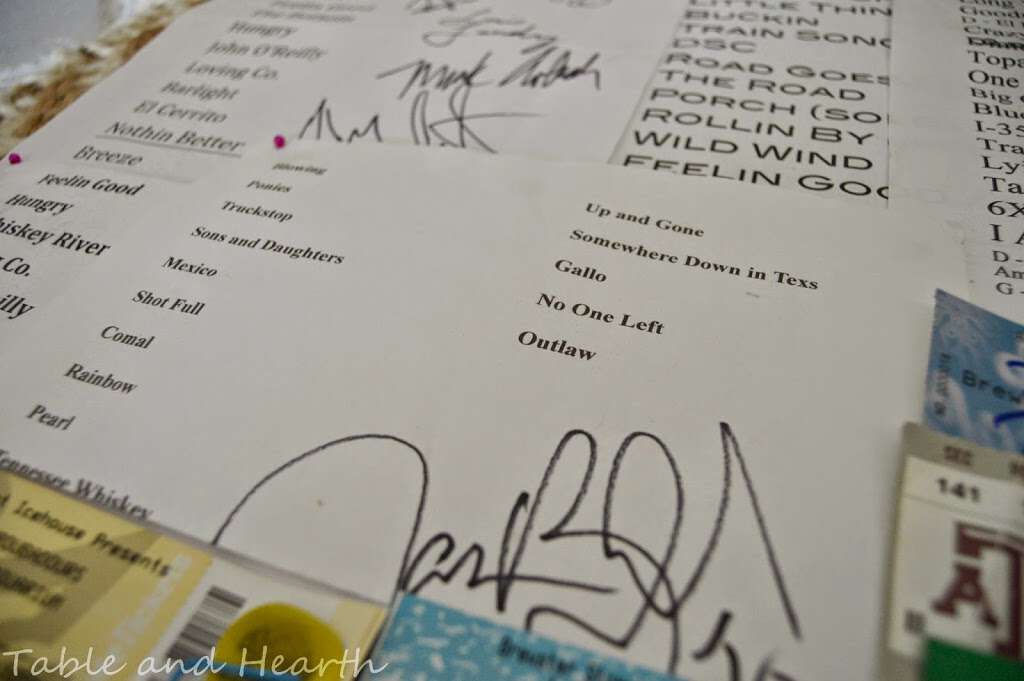 Most of our items are from Texas country artists that came to town or we saw while up in College Station and a few heavier rock bands that Matt’s gone to. We have alot from Robert Earl Keen and Charlie Robison and we have a few Ryan Bingham, Jason Boland, and Max Stalling sprinkled in too.  Personally, while I love the autographs, it’s the ticket stubs that I love the most because they remind me of those events and the stories of that night/day.  Like our stubs from the last A&M game at the old Kyle Field (Matt is an Aggie) and those awesome times we got to see people at a smaller venue before they were big (like Ryan Bingham).  We actually first met at a Cory Morrow concert and had our first planned meet-up (not really a date yet) at a Jason Boland concert, and I’m pretty sure I’ve lost both of those stubs.  I should have made a special place like this to keep them back then :( 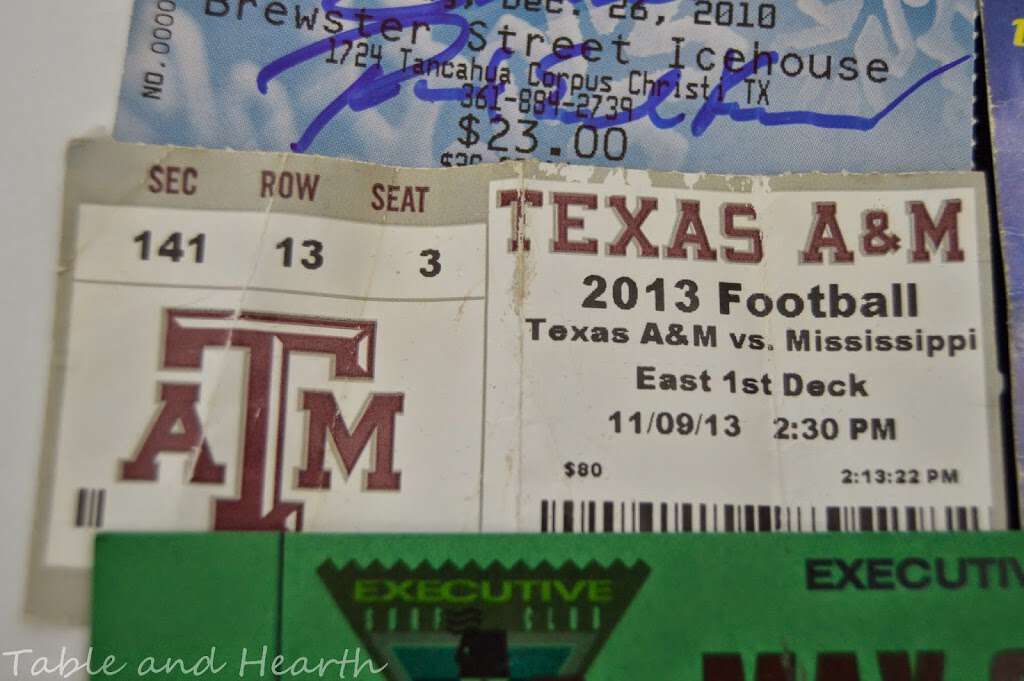 I put the set lists and tickets along the back and attached them with tacky putty so it won’t mess them up if I ever want to redo it like glue or tape adhesives would. 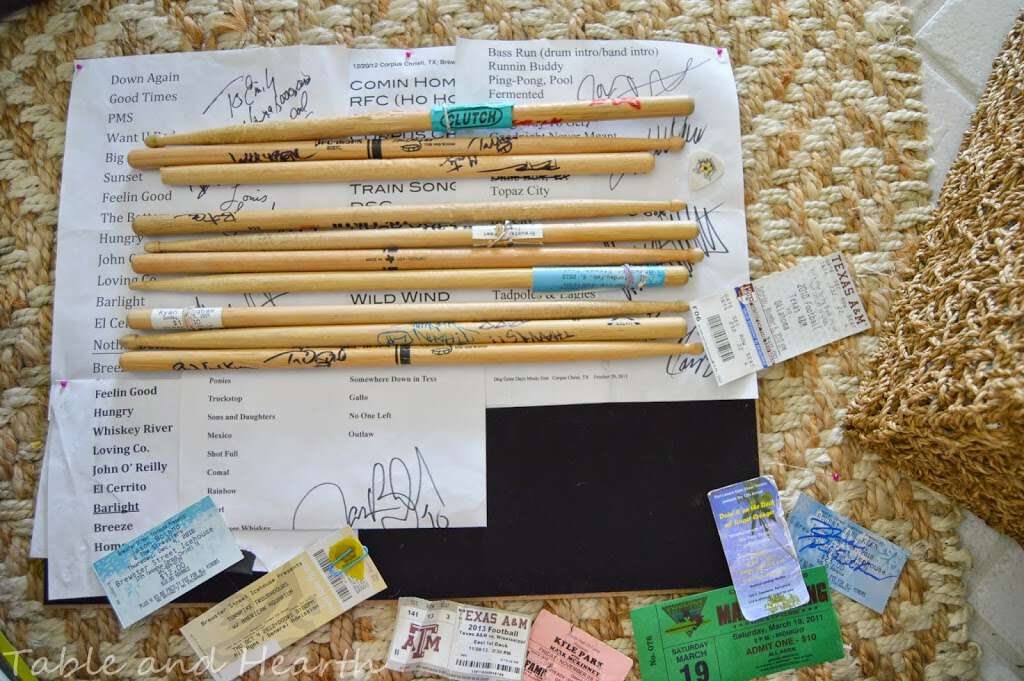 Then what to do with the drumsticks??  They are what started the idea for this project but they were actually the pain in all of this.  I first just put two big dollops of the putty on each end of them and pressed real hard but about two seconds after setting it upright, half of them came unstuck. 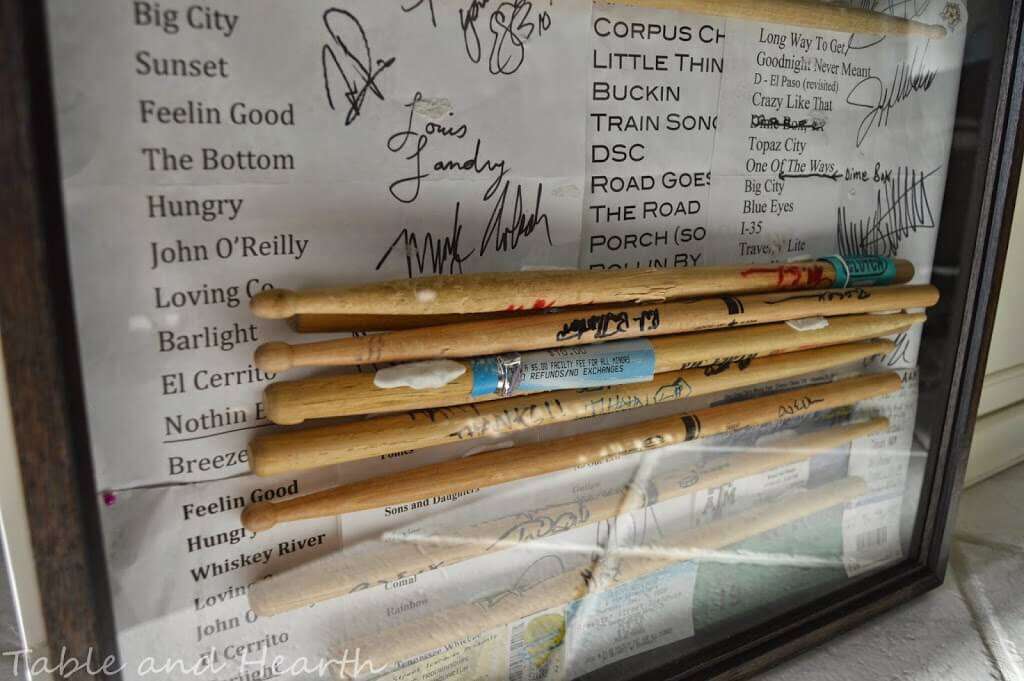 So I had to devise a new plan.  First I cut some really long pieces of sewing thread, wound it around each end a few times then threaded it back under (thread the thread, ha!) to hold it in place and still be a little adjustable.  But some of them wouldn’t adjust well and it ended up really wonky. 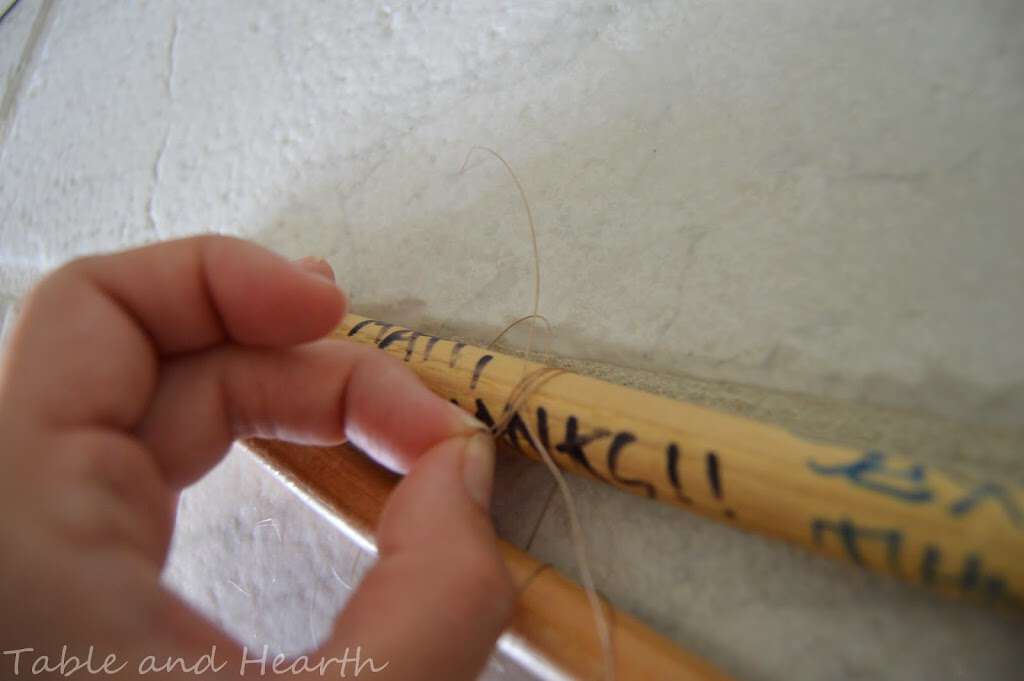 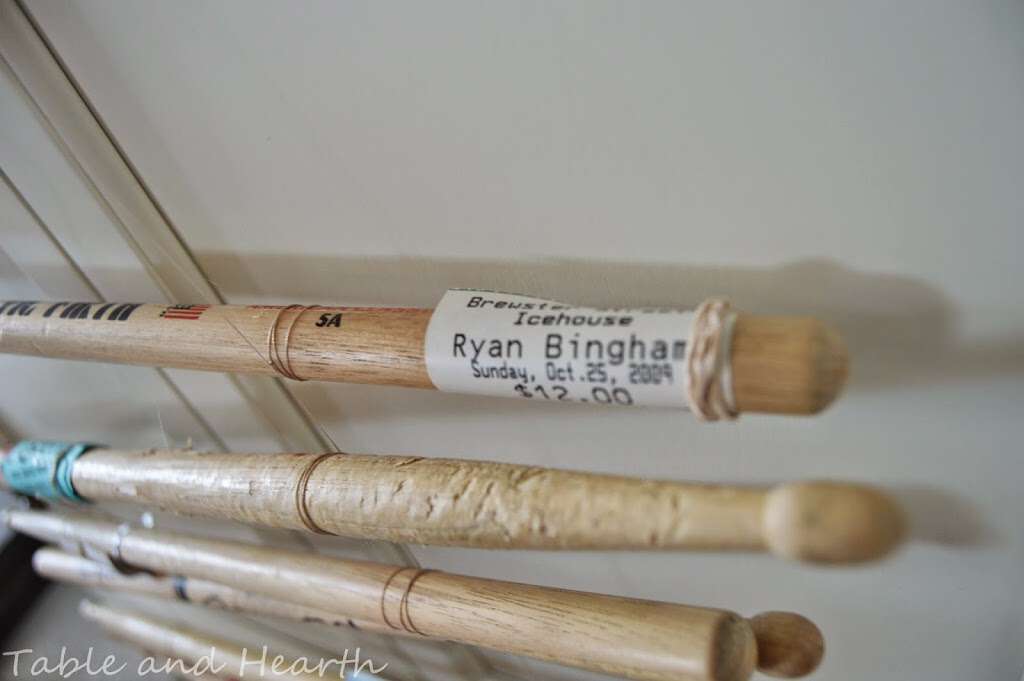 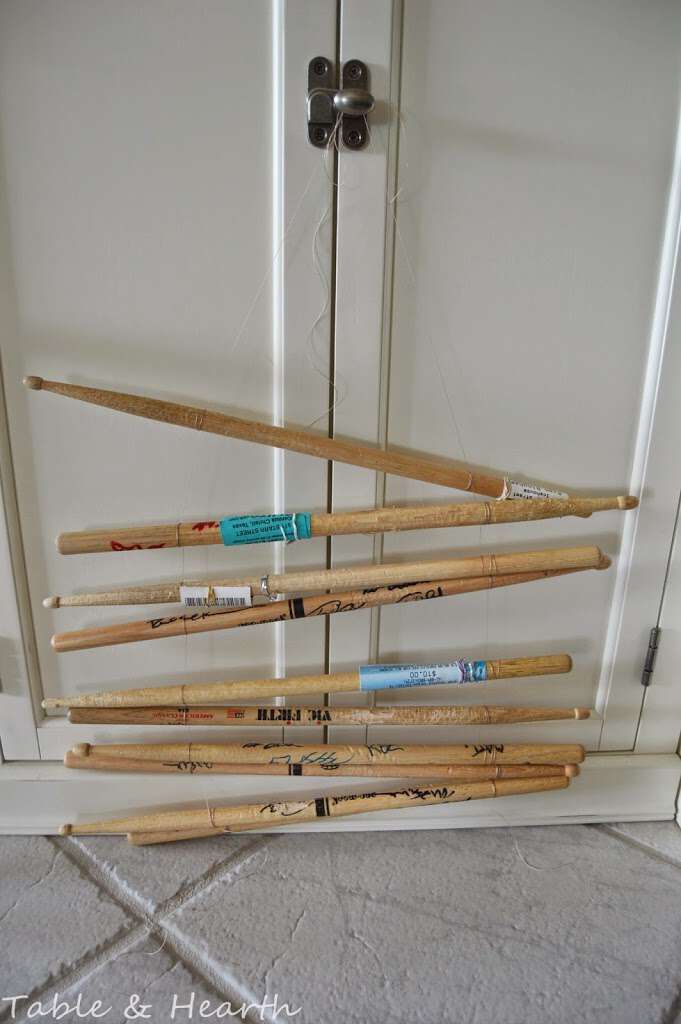 On to Plan B (or C?).  This time I used two large pieces of yarn to make a sort of rope ladder with knots and it worked alot better.  Alot.  I did a square knot up against the stick, then a basic knot to mark the next “rung”, then another square knot against the next stick, and so on. 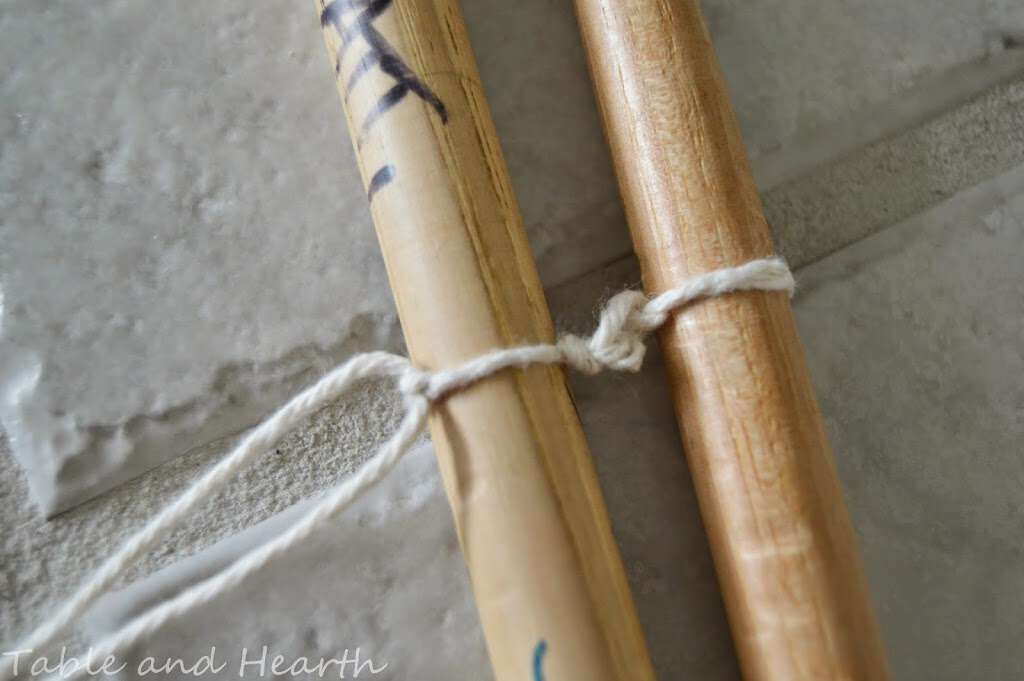 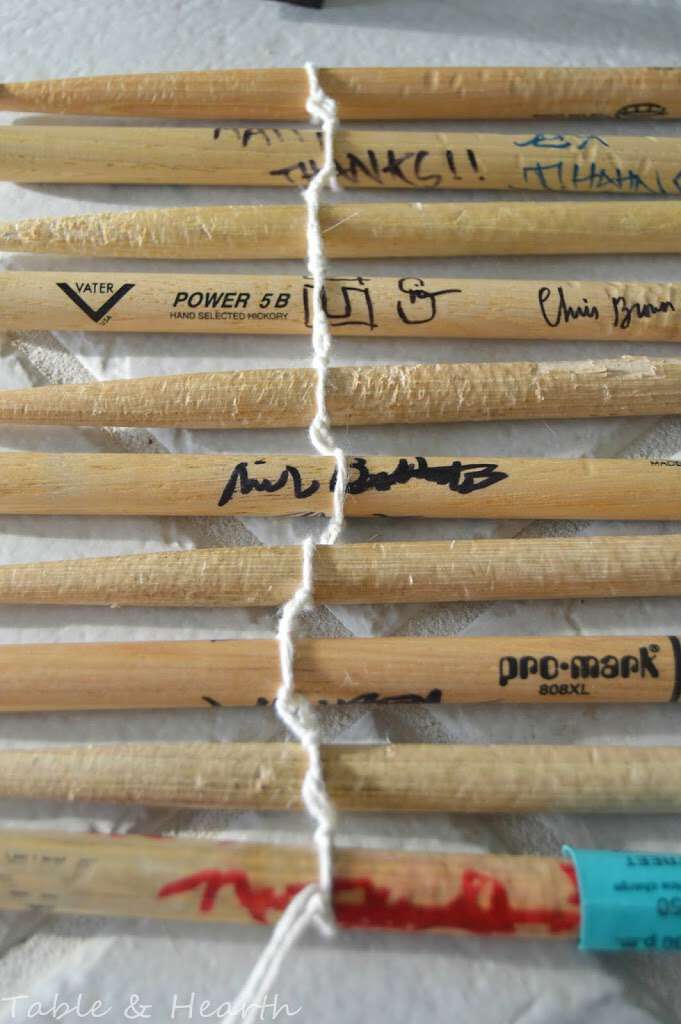 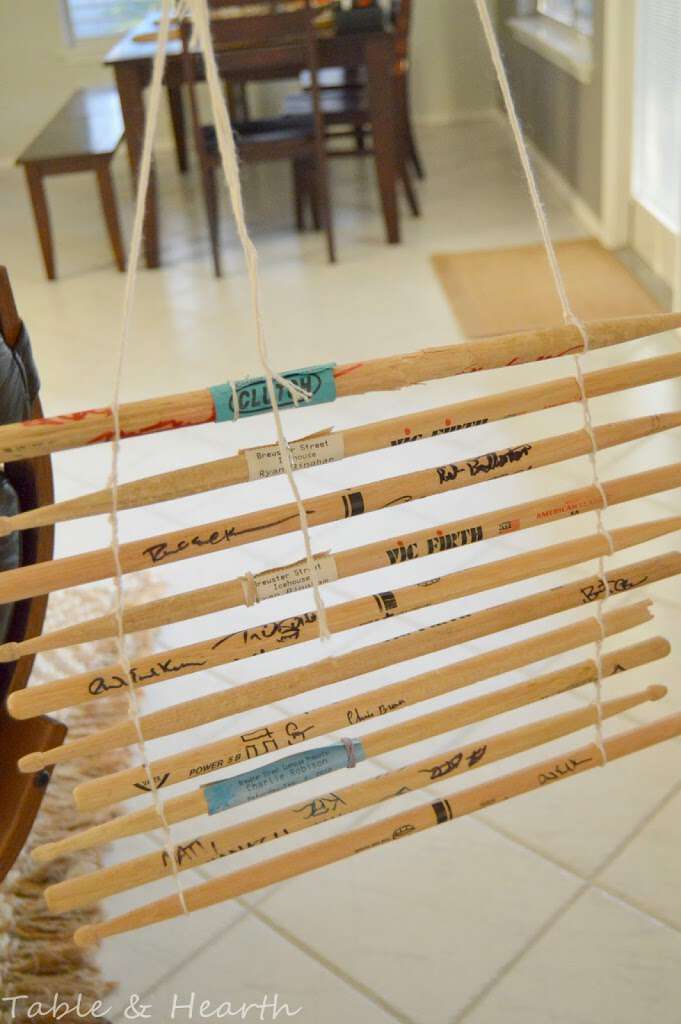 Not the prettiest, most sublime way to hang them but that’s all my brain could think of and all it wanted to do.  I adjusted the sticks so they’d be even, put it in the frame, and just tied the ends of the yarn to the hook on the back where it needed to be. 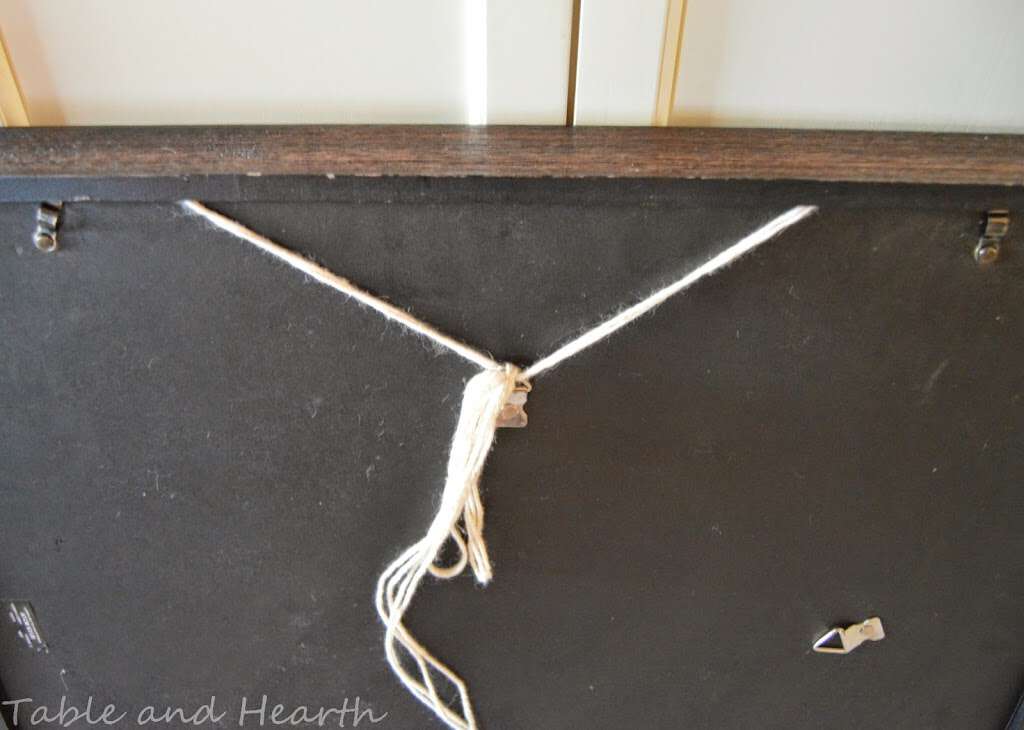 Done and done!  I’ll probably hang it in the office since that’s kind of his man-room and where we have our Austin City Limits posters and some of his baseball memorabilia already. 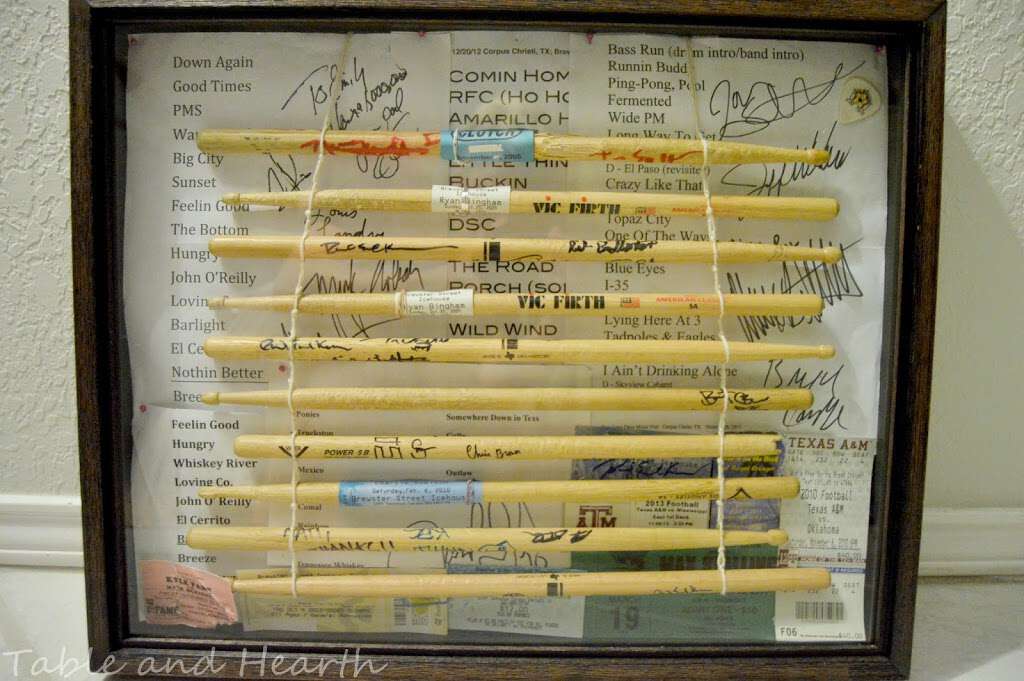 We still have a few other items that wouldn’t fit in this box such as signed koozies, our ACL wristbands, festival booklets, and signed CDs, that I’d like to make another one for.  And I could make yet another from all the baseball game ticket stubs we have.  #shadowboxallthethings 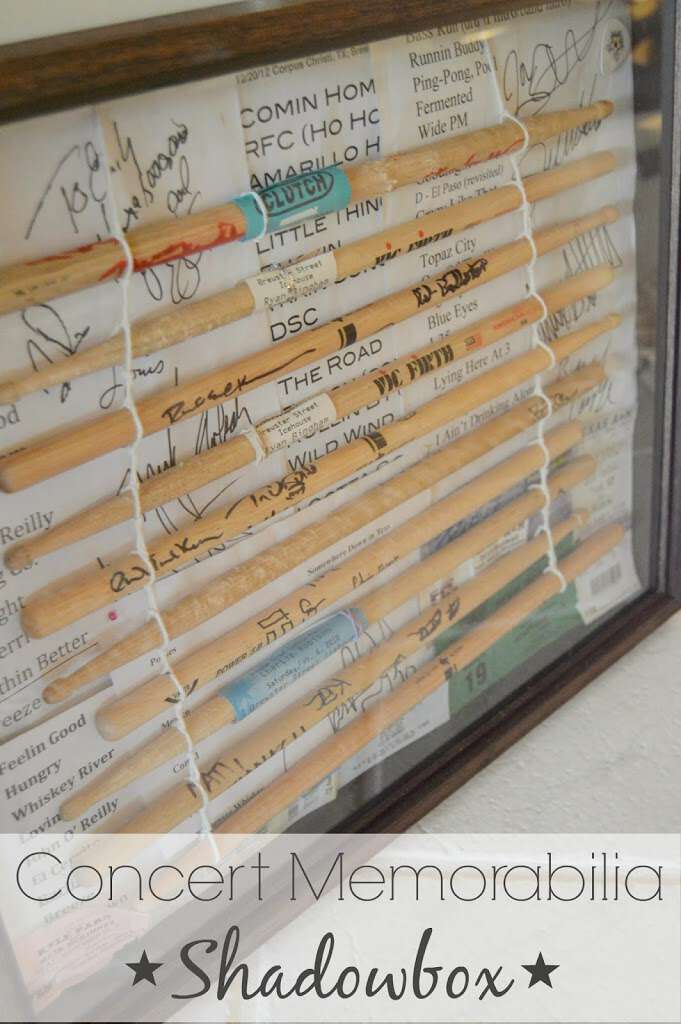 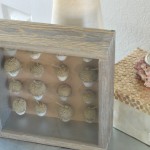 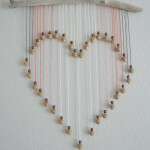 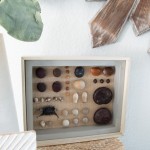