I am so glad to be making some progress on this project finally!  It was one of those out-of-the blue projects that just hits you one day (or in my case, the middle of the night at the in-laws) and you are so excited that you want to work on it right away nonstop till it’s done.  I played around with different styles of wainscoting here but settled on doing a standard height (~32″) board and batten with a small ledge and some trim.

My initial plan was to buy as I went instead of getting everything at once but…we went to Lowe’s to look at pergola and garage supplies and I just couldn’t help myself.  I’m a get-everything-in-one-visit type of gal so why did I ever think I could do it any other way??  I will break down the whole supply list at the end of this project in another post (here) but the jist of it was these 1/4″x8’x4′ panels (since we have textured walls) that I had the guys at Lowe’s cut in half lengthwise for me to give me 8’x2′ sections, 1/4″x3″x2′ poplar boards (the battens), 1″x4′ for a top rail, 1/2″x3″x4′ for the bases, cove moulding, and a 1″x2″ strip as a ledge.  Thank the lord Lowe’s cuts stuff for you cause those panels are weirdly heavy, full of fine dust, and awkward to cut. 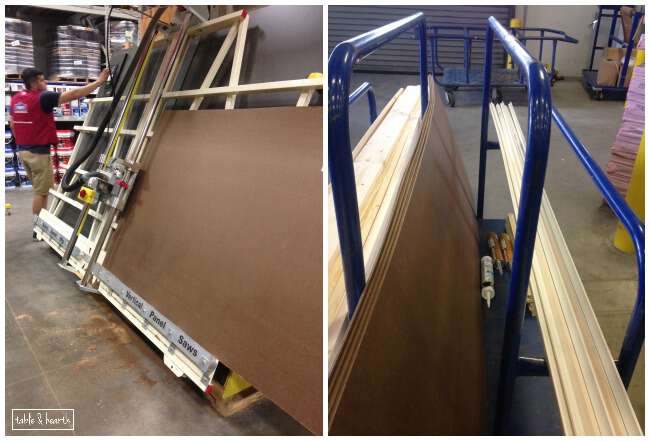 I thought buying of the supplies would appease me till I could work on it but they were just taunting me everyday when I left and when I got home. 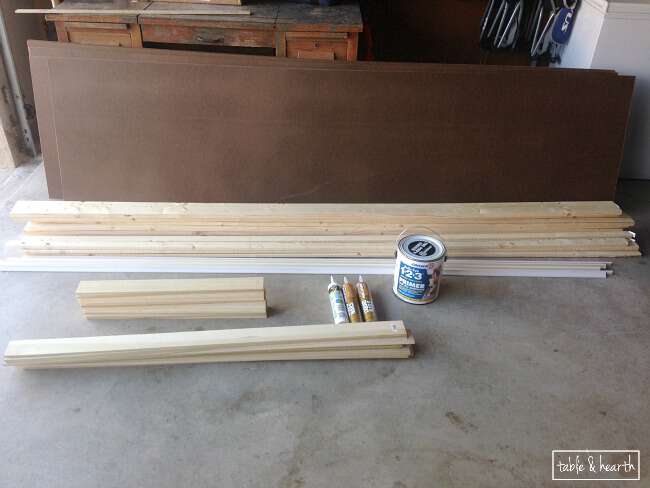 Finally, during the Project Pergola weekend, I got a chance to sand and prime most of the boards and the panels, which got me by for, oh, pretty much just that day.  The panels were huge and the primer would dry really quick on them so I rolled a section at a time then went back quickly with my foam brush to make it smooth.  Not the greatest job but they’ll get another coat of on them when they’re on the wall (more on that below). 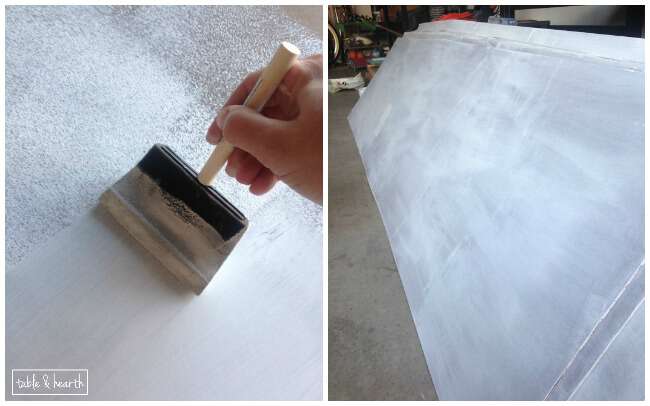 I heart my little Mouse sander, we are one after the master bath cabinet makeover.  The poplar strips are super light and already pretty smooth but I gave them a once-over and wanted to lightly round the edges too.  I chose these strips 1) because they come in 1/2 and 1/4″ thick so it can all sit on my existing baseboards 2) because I couldn’t find it in lengths over 4′ and 2) it meant less cutting anyway.

That next day, with birthday money, I got the Craftsman Evolv nail gun I have had my eye on to further appease myself again.  Happy birthday to me! Everyone, meet Shooter McGavin, the nail gun (thank husband for the name). 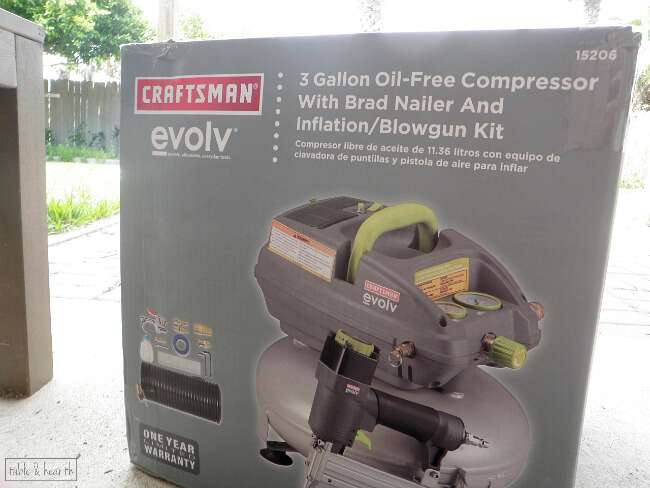 Shooter scared me at first, mainly because I don’t like loud things or things that could blow up on me, but Matt took the lead and helped me get familiarized to Shooter, which made me even more excited.  But then I still had to wait.  This weekend and in the last couple of evenings though I got some good project and power-tool-bonding time in and this is where we are now!  Everything has been cut with a jigsaw which has worked great, I’m actually kind of addicted to the thing now. 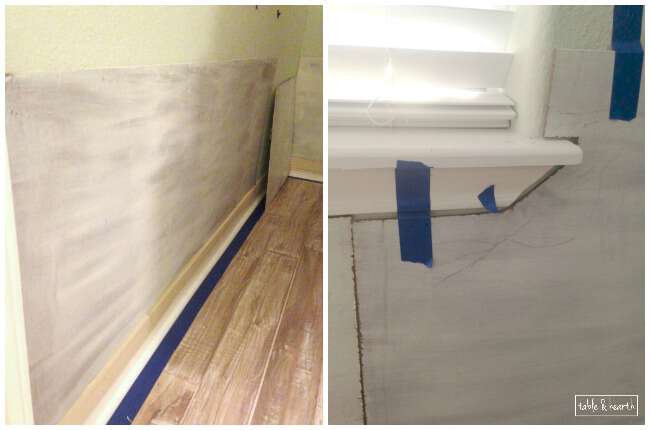 While I’m super excited about this project, it hasn’t been the smoothest operation so far:
–  I didn’t take into account that the panels wouldn’t be behind the bottom trim so I had to go and get new 1/2″ thick strips for the bottoms.  Aaand I already primed the old ones so they can’t be returned.
– I had already made the window cutouts when I realized they were measured to the baseboards, not to the bottom trim so I had to redo them.
– The panels got pretty messed up from the jigsaw and manhandling them around so I’ll have to prime them again along with everything else afterwards on the wall so my pre-priming time was wasted.
– Someone may or may not have forgotten to put the Liquid Nails on first before attaching the first panels but we won’t say who that is, mkay??
– Shooter had a nail jam on his first night then our side fan fell on him and cracked his hose so now I have to get a new hose.
– I assumed the new 1/2″x3″x4′ bottom strips were truly 3″ like they say but nooooo, they are really 2.5″ and when did I catch that?  Why after my first two outlet holes of course.

Thank goodness for extra supplies and for curse words but the bottom trim is up (couldn’t wait so they aren’t primed) and so are the panels that didn’t need outlets cut for them.  Since Shooter’s hose is cracked, last night I cut the outlet holes.  By far the most frustrating part of this, I really have no idea how some got so screwed up and had to be redone #soovernumbers. 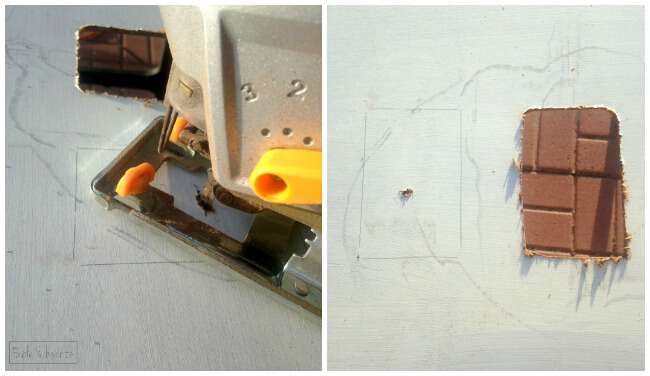 Today I will get Shooter a new hose and can get back to nailing the rest of the panels.  Then it’s back to sanding the top trim and then finally caulking, priming and painting.  Ugh, I can’t wait for that step cause it all looks pretty dang rough right now.  I am so over working with this paneling, it is cumbersome, heavy, and so so dirty, stupid textured walls.  And am really ready for our room not to look like this: 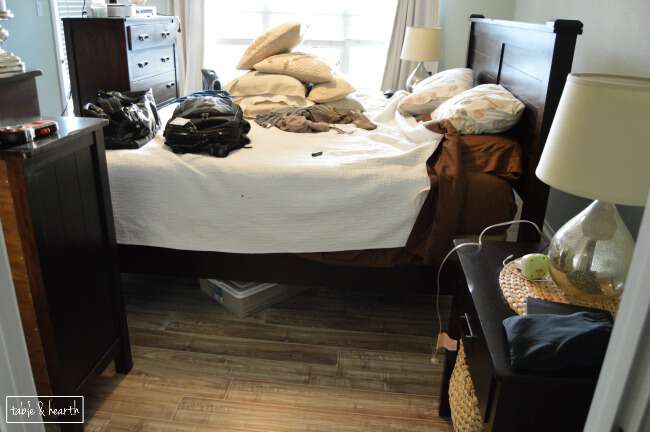 One thought on “‘Scoting the Walls – DIY Board and Batten Wainscoting”