One week ago today was day one of another Austin City Limits music festival for us so I want to look back and share some of our adventures with you guys!  We did Weekend One again this year and had an absolute blast as always.  We look forward to this festival every year and love getting together with old and new friends alike in badass and beloved Austin, Texas.  I started going during grad school in 2008 and we made the 2010, 2013, and now 2014 festivals.  Those first few years were spent camping in our friend’s yard and walking down but now we stay at a hotel and bike to it.  I’m a big fan of having a daily shower, real bed, and bicycle for it nowadays :)

Our gang has a few staunch traditions every year, the first (and most important) is to start off each day around 11am at Baby A’s down on Barton Springs Road on the way to the festival for a few margaritas.  They are famous for their purple margaritas which have Everclear in them so we usually get one of those along with any of their other dozen or so flavors… my favorites being prickly pear and coconut.  We have such a good time at Baby A’s that we could sit there all day.
I was too chicken to take my fancy camera with us so these are just phone pics, and alot of them I stole from my friends, so, um, thanks guys! :) 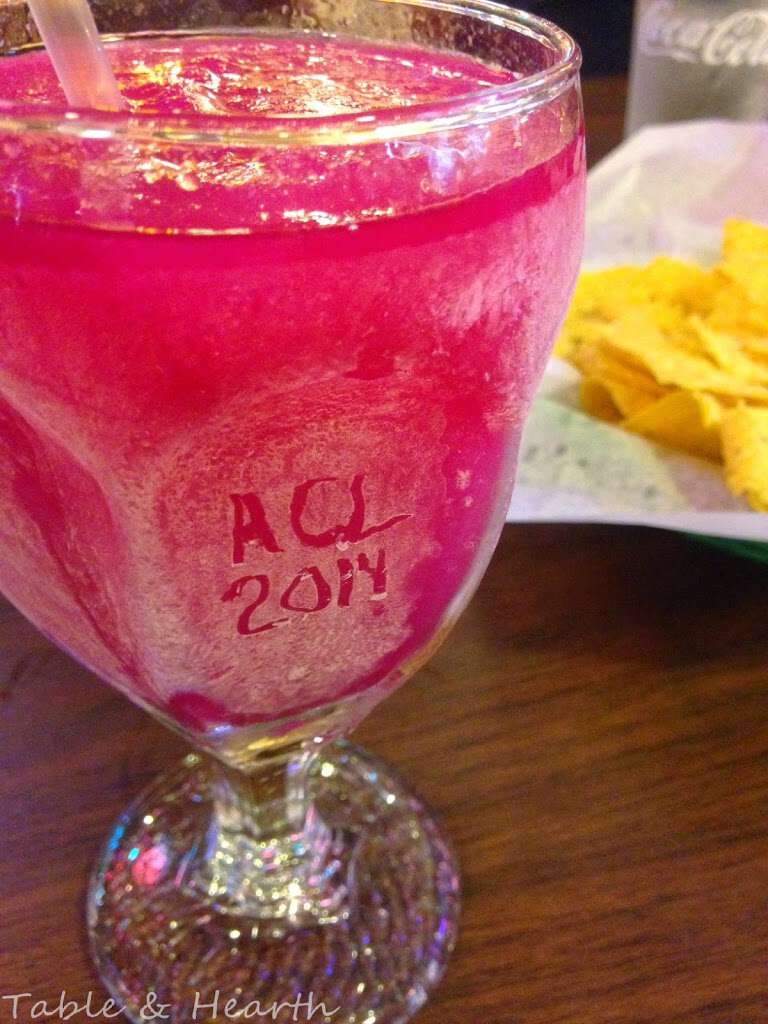 But, we finally make our way down to the festival usually around 2, depending on what the first show we want to catch is.  Riding the bicycles to and from the festival, and around Austin, is so much fun and is soooo much better than walking down.  Hence the field of bike racks they provide :)  They even have Mellow Johnny’s, a local bike shop that was owned by Lance Armstrong (may still be, I’m not sure), set up here to help with any bike emergencies. 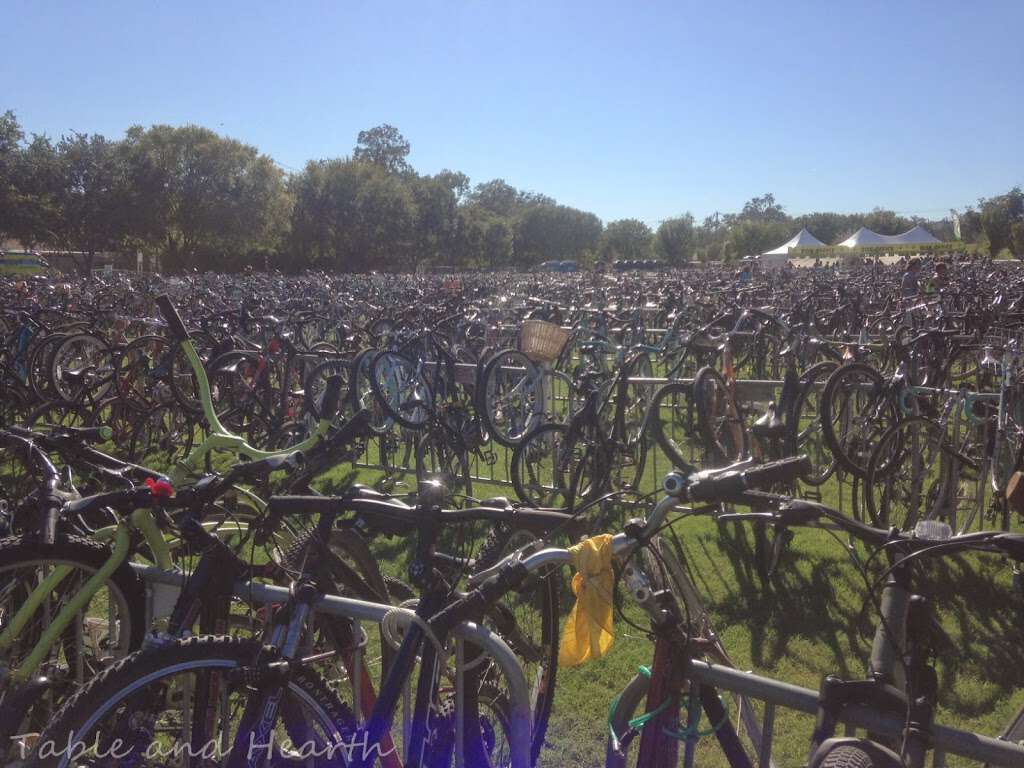 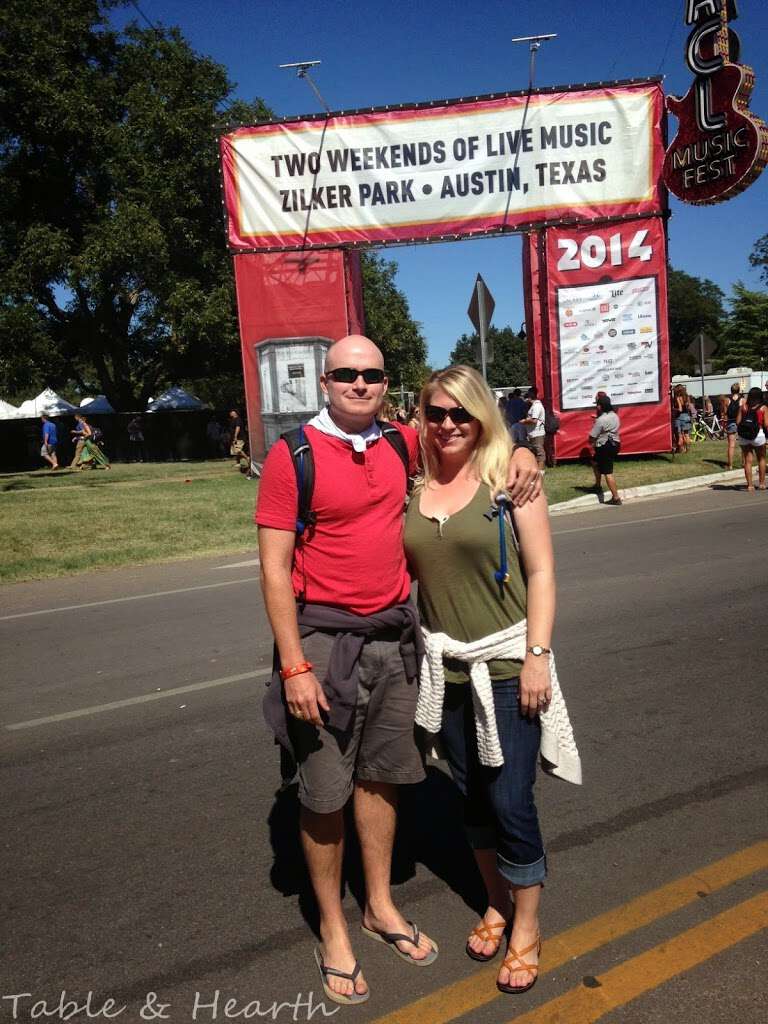 We got a little cool front right before the weekend so the weather was gorgeous, especially on Saturday.  Highs in the upper 70s/low 80s and nights down into the 60s…finally a little touch of fall!!  Zilker Park is a huge open green space full of rolling hills and gorgeous views of the Austin skyline. 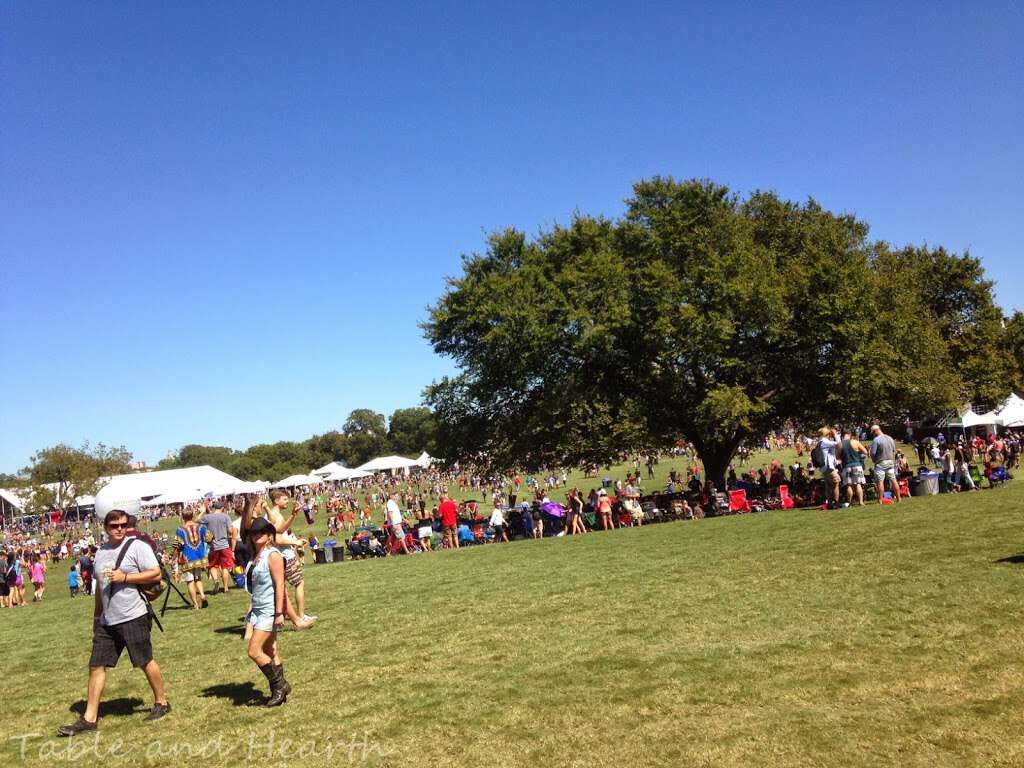 So this is about all our days entail: group discusses show route for the day, group migrates to stage, group sets up camp, migrates again, takes silly phone pictures, all with many food trips and bar trips scattered throughout.  We’ve found that chairs are quite the burden since we move so often and it’s just easier to plop down on a small blanket.  The less you have to carry around with you the better, although they have lockers by one entrance that we plopped sweaters and stuff in one day which was nice. 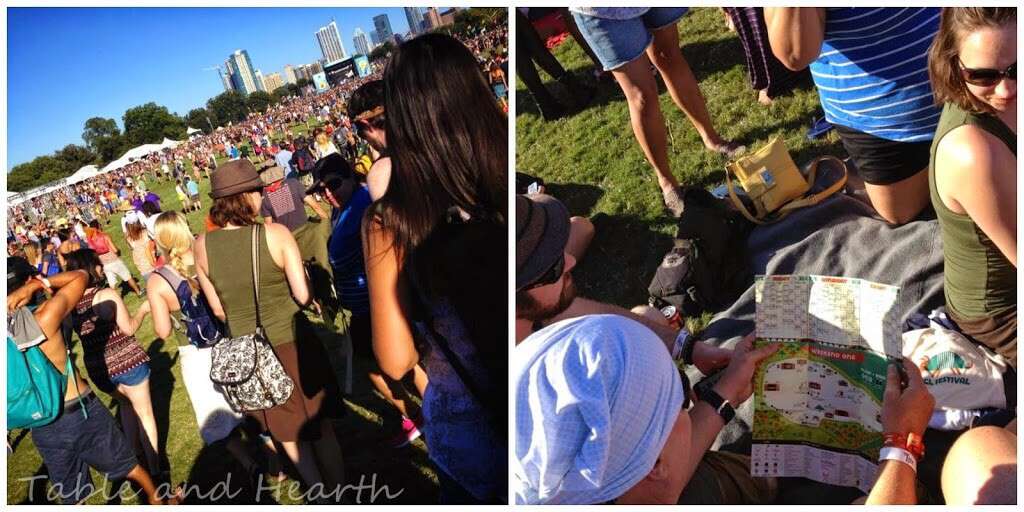 I totally planned on taking more pictures of the food, drinks, and various booths/features but there’s alot going on and you’re always trying to stay with your group and get somewhere so pictures kind of got pushed to the wayside, plus it was always pretty dark by the time we hit up the food tents.  It’s really too bad because all of the food is from local Austin restaurants and food trucks and I really wanted to show some of it off.  We spent most of our time at Torchy’s Tacos (another tradition) and the Salt Lick BBQ (who also catered our wedding!).  We had truffled mac ‘n cheese, BBQ nachos, squirrel and duck sausage, and a handful of other amazingness I can’t remember. 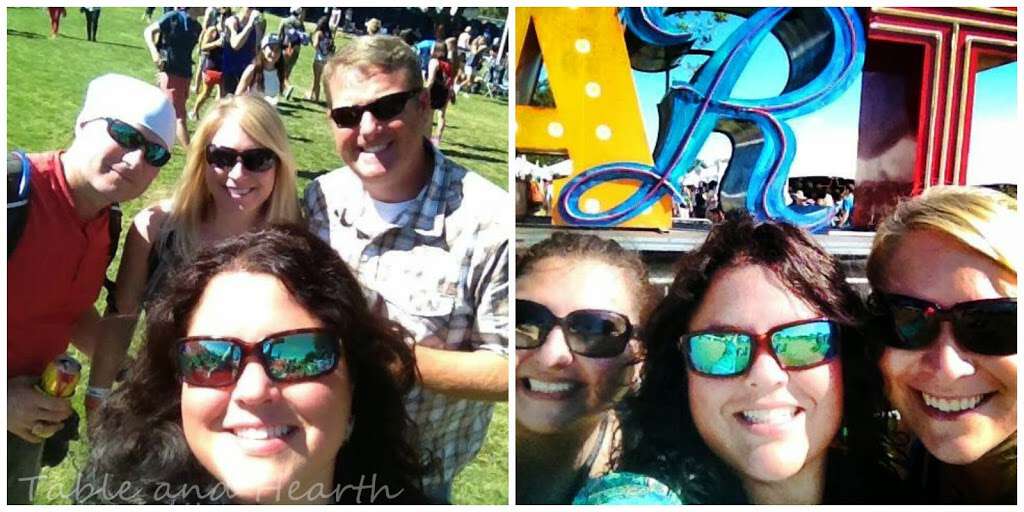 And the art booths!  This girl loves her some arts and there’s always fun, local shops at ACL.  This year I picked up a super pretty necklace from Ornamental Things (in this month’s First Week Favorites), a small bag from Teysha (they had SUPER cute boots too!), and a little wooden piece of art to go on the office gallery wall.  If you’re interested in any of the other booths, just ask, I have the business cards somewhere. 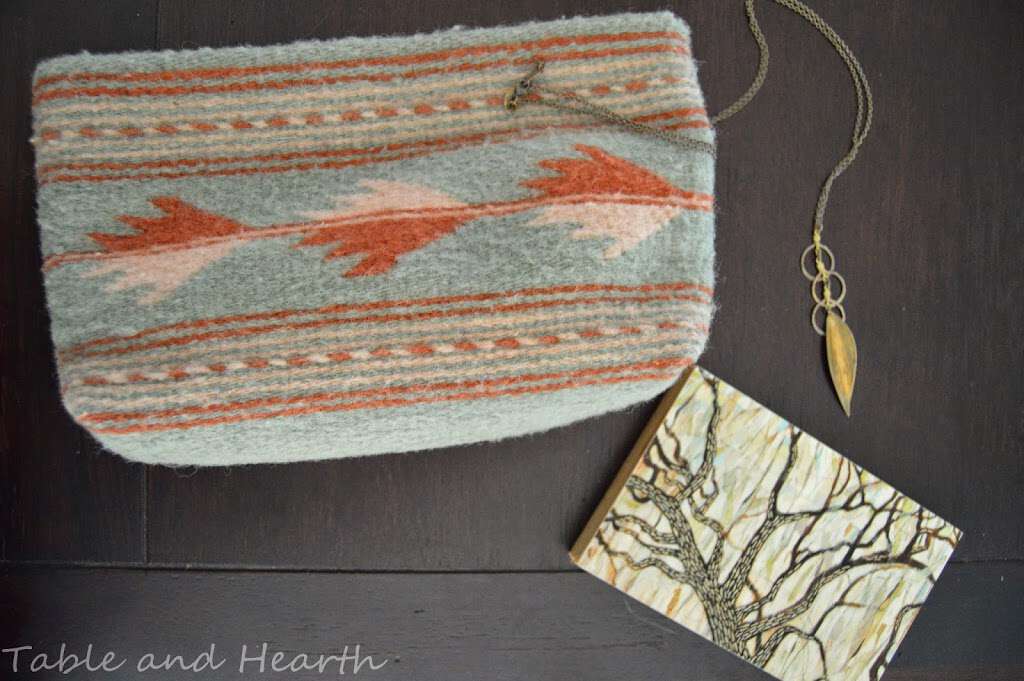 Look at how gorgeous the park and that skyline is at dusk!!  Gah, it was seriously this pretty every day. 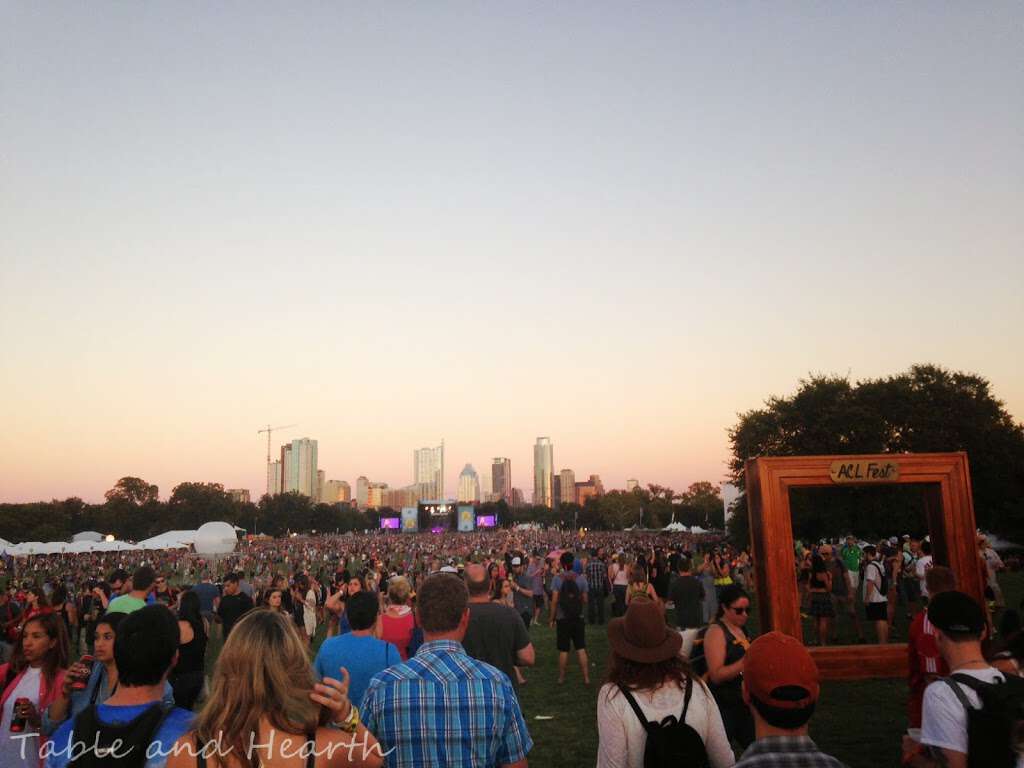 Oh yeah, one of our friends was doing a panoramic shot of the crowd and captured this hilarious picture.  One’s standing in front of the other just enough to where it looks like her hair is his beard.  Awesome.  He totally said he was going to work on that look for next year. 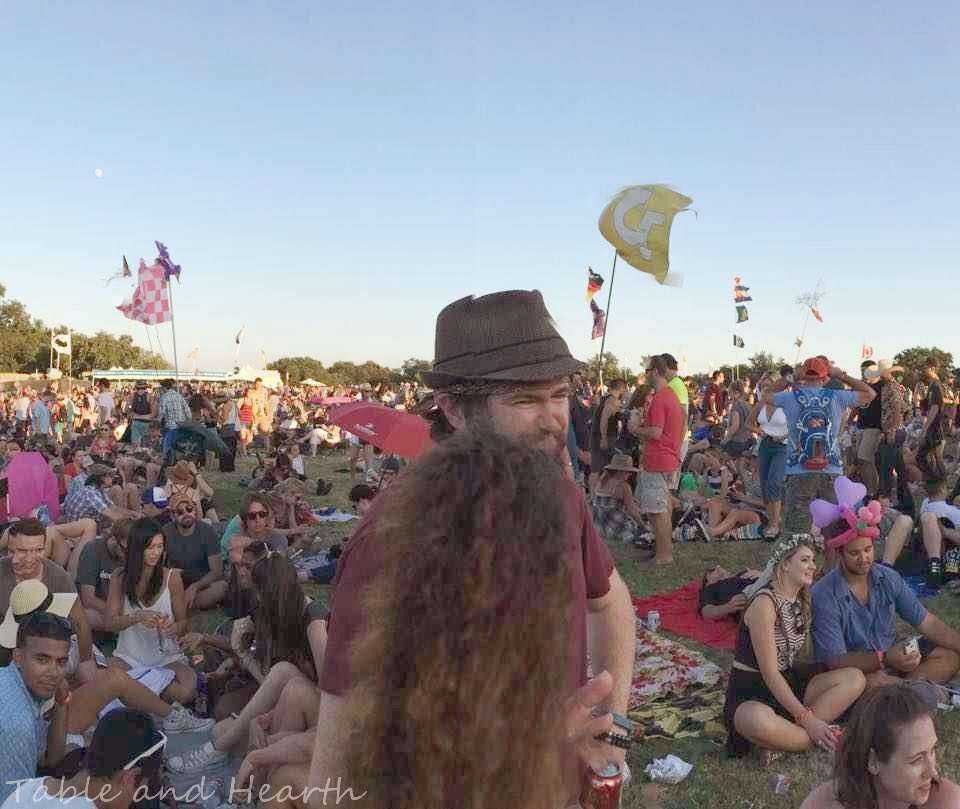 I also didn’t get alot of pictures of the shows we saw since they usually come out pretty crappy on a phone, sorry.  We made it to Pearl Jam, Eminem, Beck, Iggy Azalea, Outkast, J. Roddy Walston and the Business, Turnpike Troubadours, Phantogram, Fitz and the Tantrums, Blackberry Smoke, Kongos, Rebelution, Childish Gambino, and probably a few more that I’m forgetting.  I’m usually not a fan of the larger headliner shows but this year, Eminem (below), Outkast, and Iggy completely rocked it.  So did Turnpike.  I’m a huge Beck fan but after catching the first older songs he played he went pretty mellow so we headed over to Outkast who was awesome.  What’s nice about ACL is that there’s a wide range of genres to meet everyone’s liking; rap, rock, pop, mellow indie, folk, bluegrass, country, and everything in between.

After the last show of the day, we all meet up at one of the restaurants on Barton Springs Road for our last tradition, grubbing down (again) and getting some brews together.  This year was Uncle Billy’s every night but we’ve done Green Mesquite in the past before too.  It’s nice to have more time hanging out together plus it allows time for the huge crowds to migrate past before we trek home.

Here’s our whole crew!  Old friends, newer friends, and totally new friends, most of whom we only see at ACL each year but all have such a good time together :)  This picture was for our friends who couldn’t make it this year since they just had a baby girl, next year guys!! 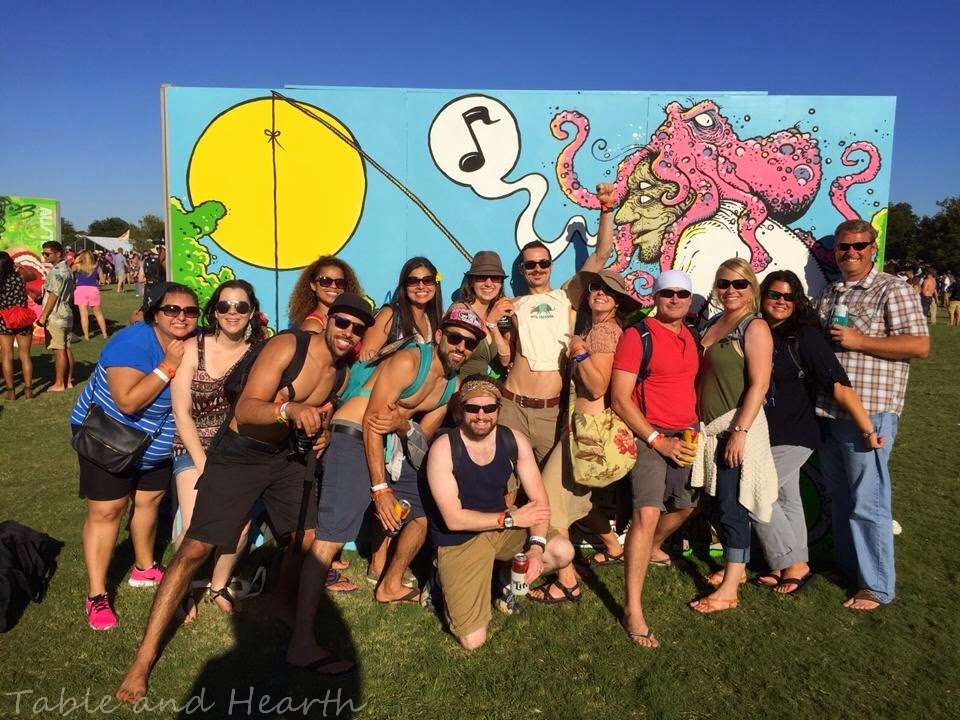 As usual, it all goes by so fast and wears us out,  Getting up Monday morning is soooo hard and painful (literally and figuratively).  Before we left town, we made one last trip to our all-time favorite taco stand, Torchy’s.  Our hotel this year which was within biking distance to it so my sweet husband ran and got us all Torchy’s every morning all weekend long!  My favorite is the Dirty Sanchez: egg, fried poblano, avocado, escabeche carrots, cheese, beans, with a jalapeno(?) cream sauce.  So freakin’ good! 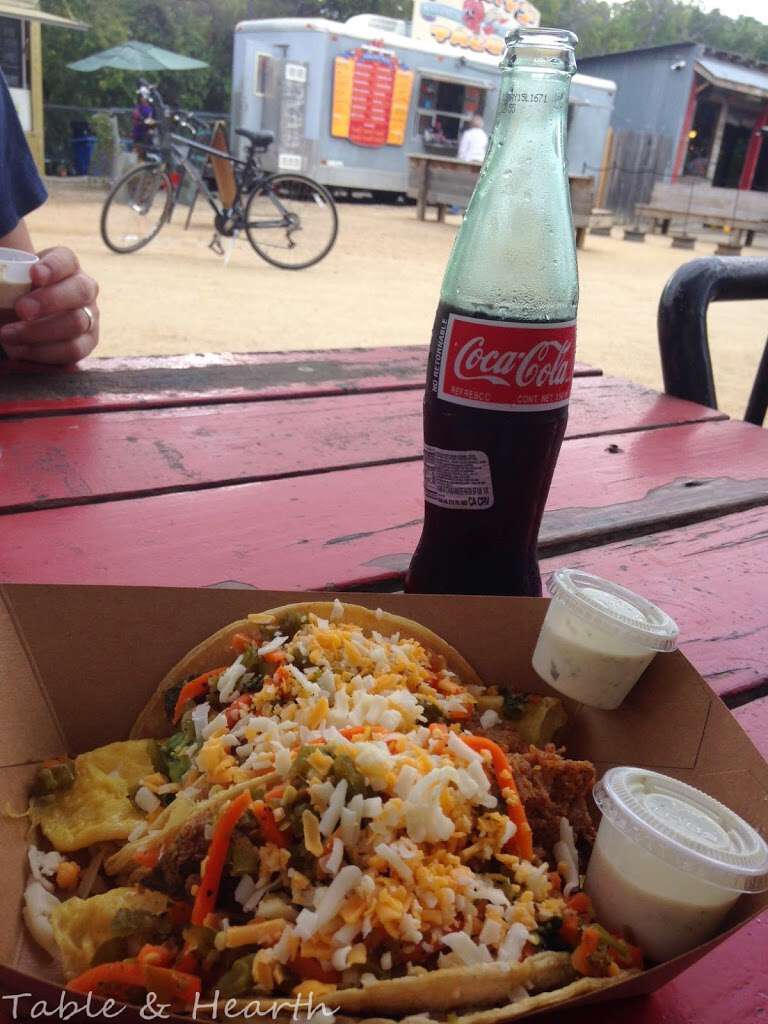 To cap it all off, Matt actually agreed to stop at the outlet shops in San Marcos AND agreed to let me go into the Pottery Barn outlet there!  I’ve never been to a PB outlet and it blew my mind, especially when I realized it was also a Williams-Sonoma and West Elm outlet too and that they were having some crazy sales!  I was not prepared at all and there was a semi-patient husband waiting in the truck so I didn’t go crazy, getting just some pillow inserts, a frame, and a handful of kitchen goodies.  But man did I eye some faux fur throws and LeCreuset!! 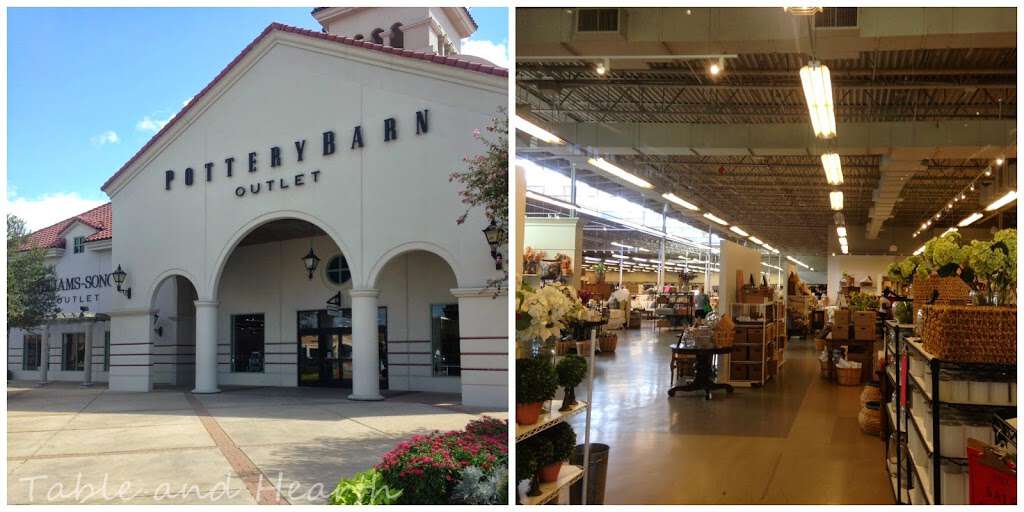 We came back hoarse, sore, tired, with a slight chance of having ebola we’re pretty sure but oh.my.lord what a wonderful weekend.  I’ve been going through quite a slump lately but now feel more refreshed and ready to start making again and tackling projects around here!  It’s what Austin will do to you :)

For all of you guys going to Weekend Two today I hope y’all have just as much fun as we did and more!  Go see Eminem and Outkast, and go eat at Torchy’s, and get a Baby A’s purple margarita!  And we’ll see you next year Zilker ;)