So I had to bachelorette it up this weekend while husband headed offshore on Sunday which means I got to catch up on some little house to-dos like test paint colors for the office, Space-bagging the linen closet, and testing out some German recipes inspired by the awesome fare we had during our trip to Fredericksburg.

It all was so good that weekend but the German potato salad at the Fredericksburg Brewing Company and the spaetzle at Otto’s German Bistro were my favorites and I wanted to see if I could recreate them.  And yes, I was most enamored with the sides, I am a big side person, not so much with the main entree, weird I know.  In my single days, many a dinner was something that is usually a side like beans or squash.  I did some Pinterest searching and found a couple that looked similar to what we had so I gave them a whirl.

First up is the German potato salad which has super soft potatoes in a sweet and savory syrup-y sauce with bacon and onions and is served hot.  This recipe originally from Exceptional Comfort. 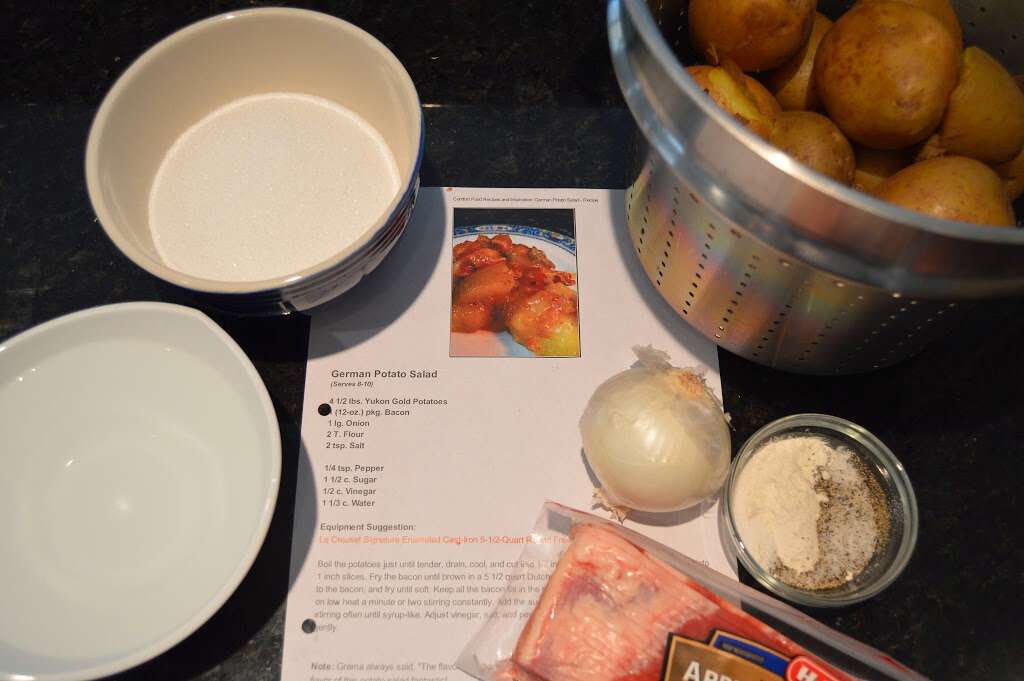 You want to go ahead and boil your potatoes so they can be cooling while you make the sauce.  And cube them when they are cool enough.  At the Brewing Company, the potatoes were very soft and sort of mashed up instead of firm chunks so feel free to mash them a little, I did and I think it lets the yummy sauce soak in more.  I’m not a fan of big potato cubes in potato salads anyway.

The rest is just making the sauce.  The recipe calls for frying the bacon in a dutch oven instead of a regular pan, to get the nice crusty bits on the bottom and use the grease, but you can cook it any way you want to then add some grease for the sauce.  Not the healthiest route at all but we’re doing this the way it says so just go with it ;) 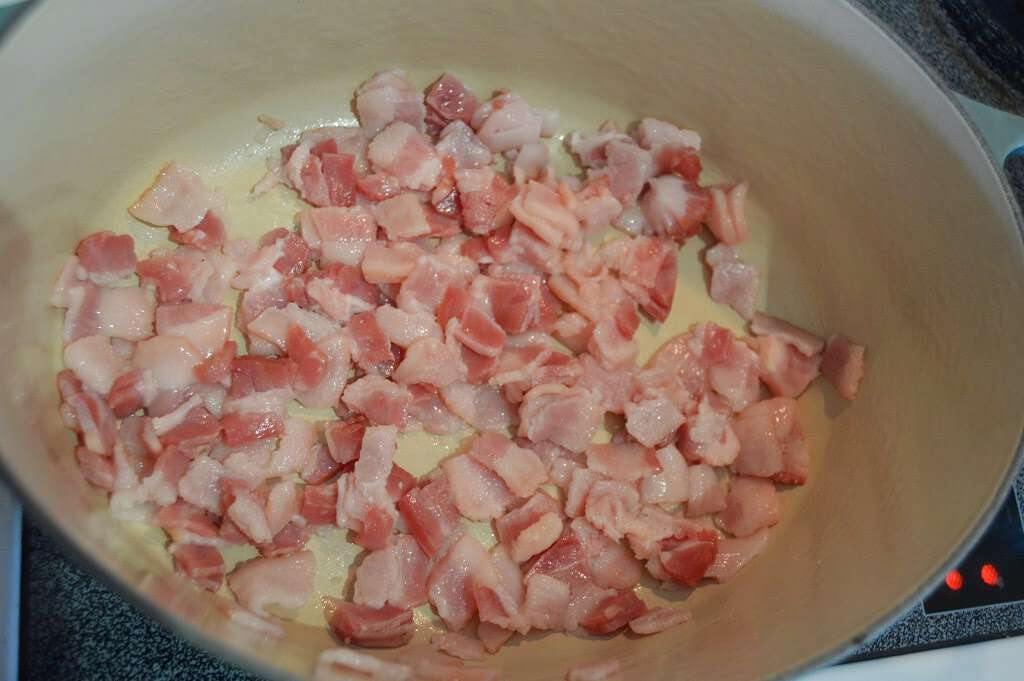 Mmm, look at those onions soakin up all that bacon crustiness! 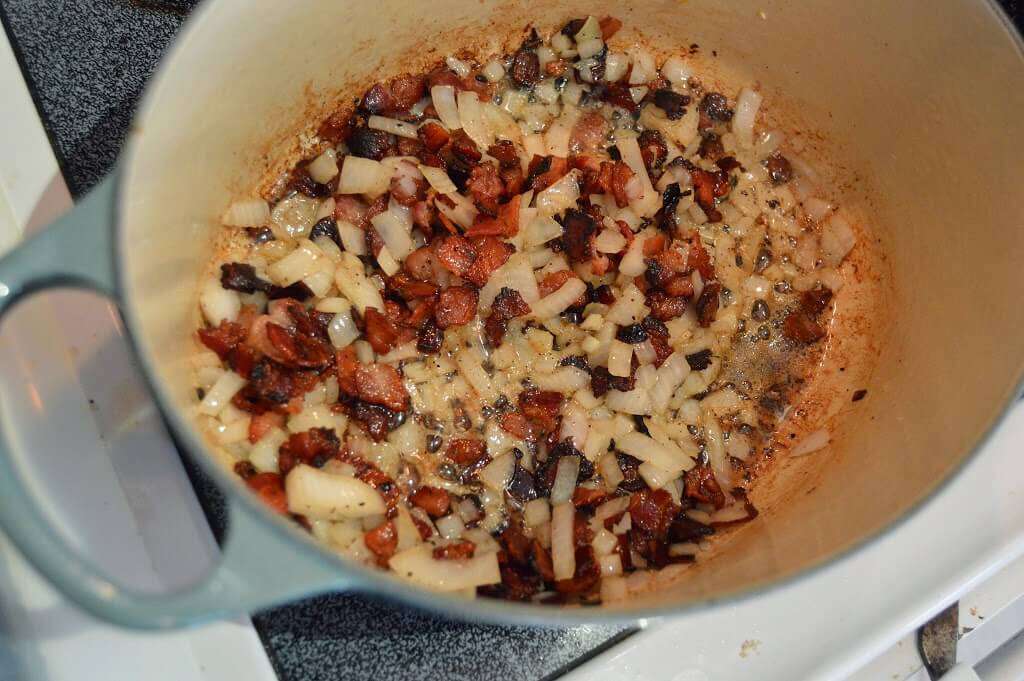 Then you add in the flour, salt and pepper and then bring in the liquids and sugar.  Lots of sugar in here too, you know, to reinforce that bacon grease ;) 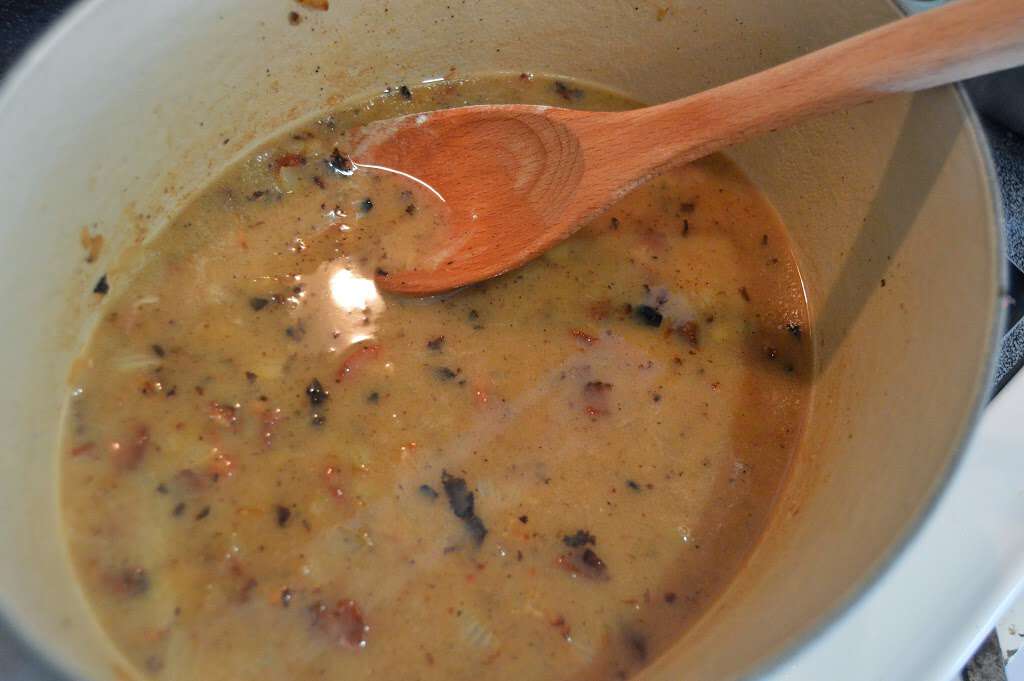 The flour then makes it all start to thicken into bacony, tangy, sweet goodness.  I did add more flour to make a little thicker. 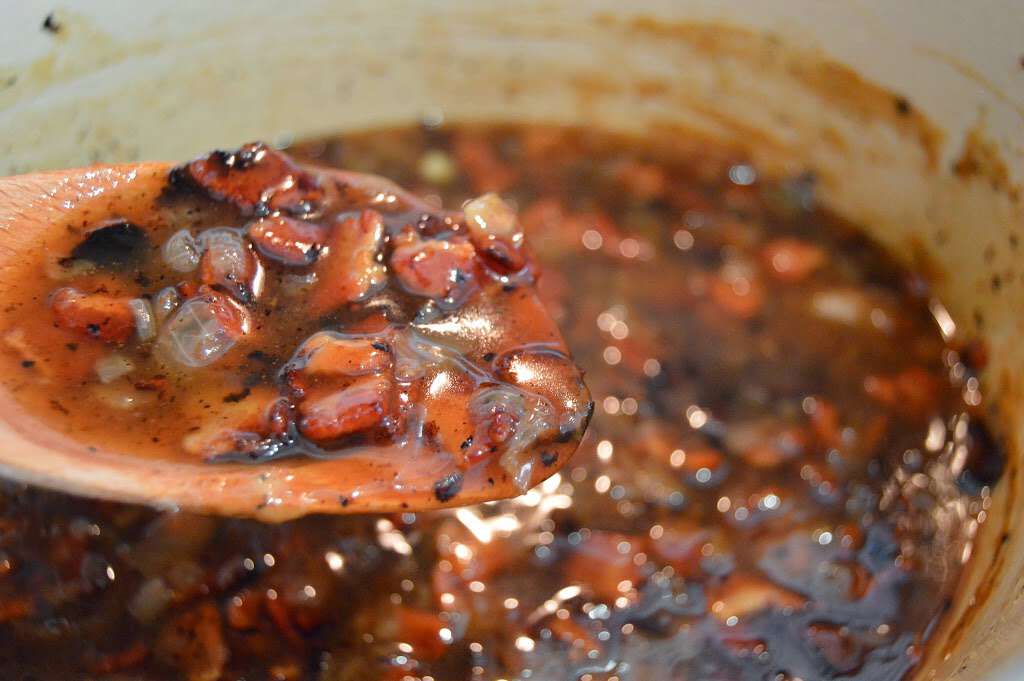 Just toss that with all the potatoes and it’s ready to go. 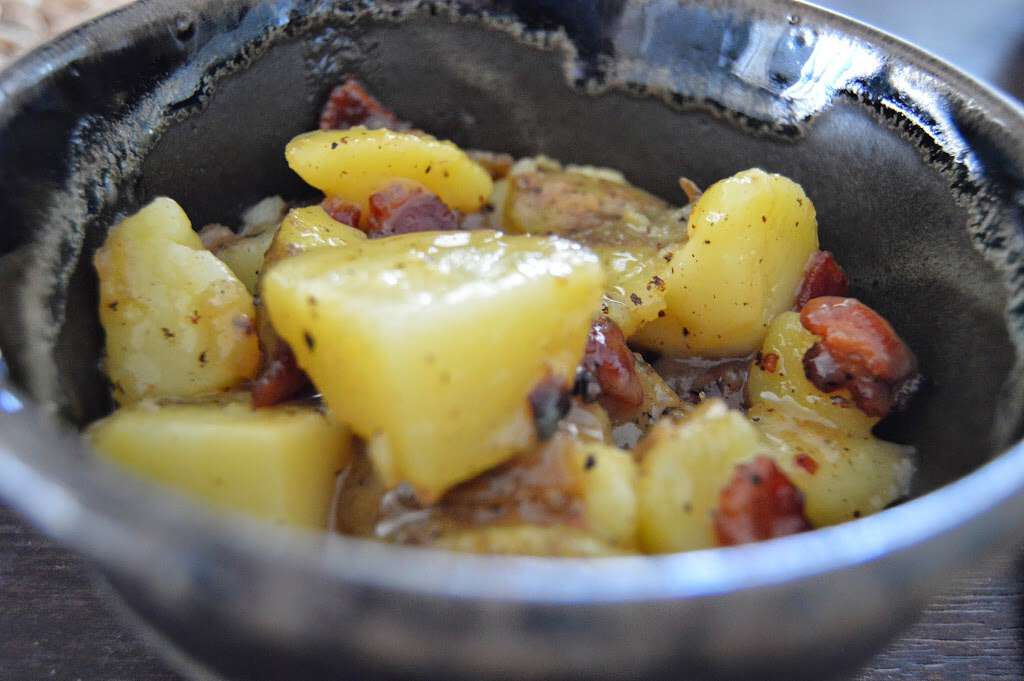 And on to the spaetzle.  It took me a little searching to find exactly what this was when I had it, I thought it was a pasta at first but after awkwardly dissecting the little nuggets at the table I found they were a dumpling.  The spaetzle we had at Otto’s had alot of cheesy sauce to it so since I’m a sauce-o-phile alot of the recipes I found weren’t saucy enough but this one looked promising.  I halved it since this was a test run. 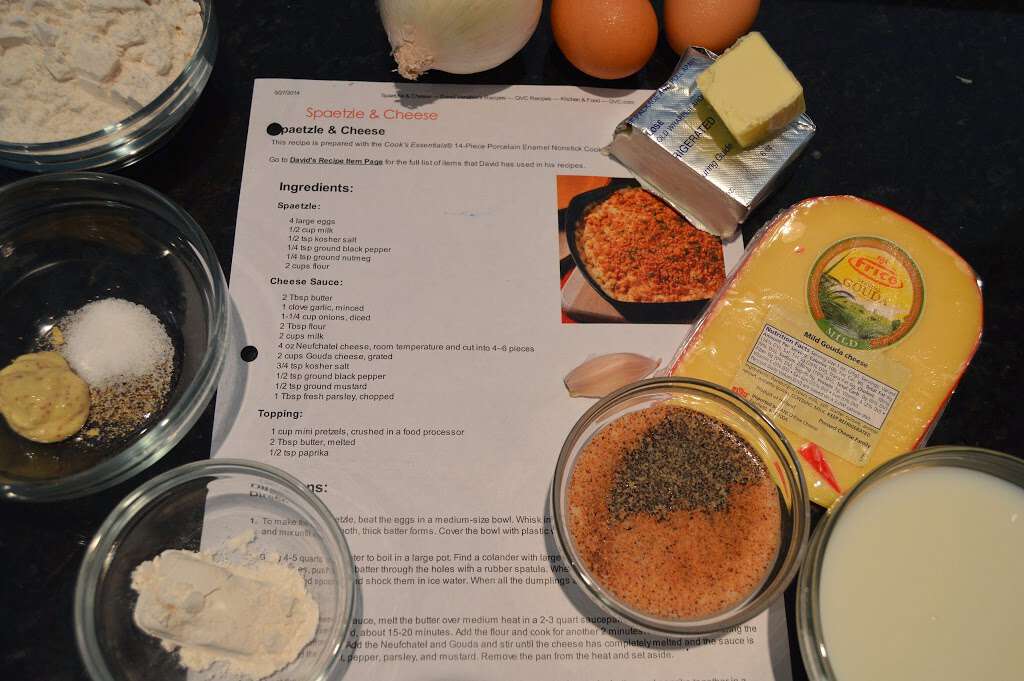 Start off by making the dough/batter for the spaetzle.  It’s a simple egg/milk/flour dough that chills in the fridge for half an hour.  And apparently I didn’t take any pics after I added the flour… 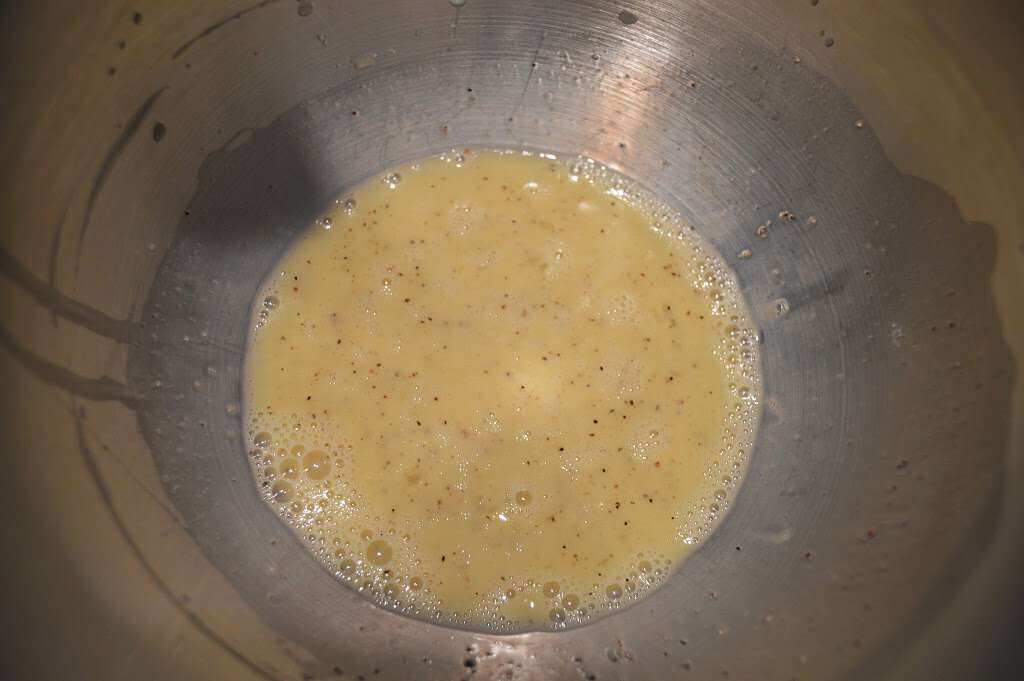 While the dough was chilling I made the cheese sauce.  It starts off by caramelizing some onions, always a good start.

Like the potato salad, you add the flour right before adding the liquid which is milk for this one. 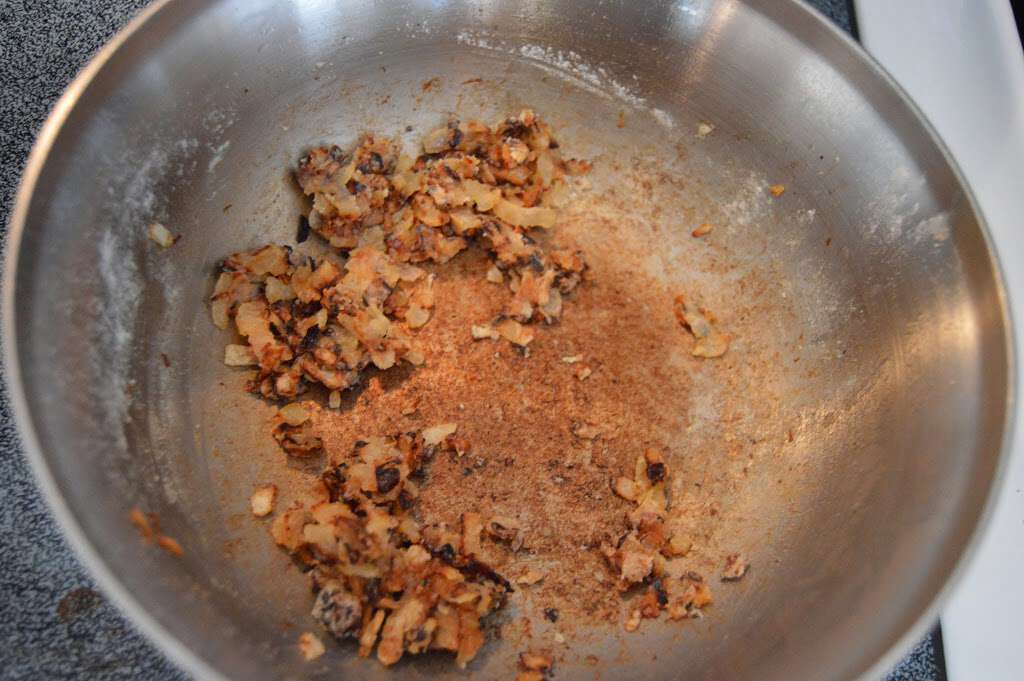 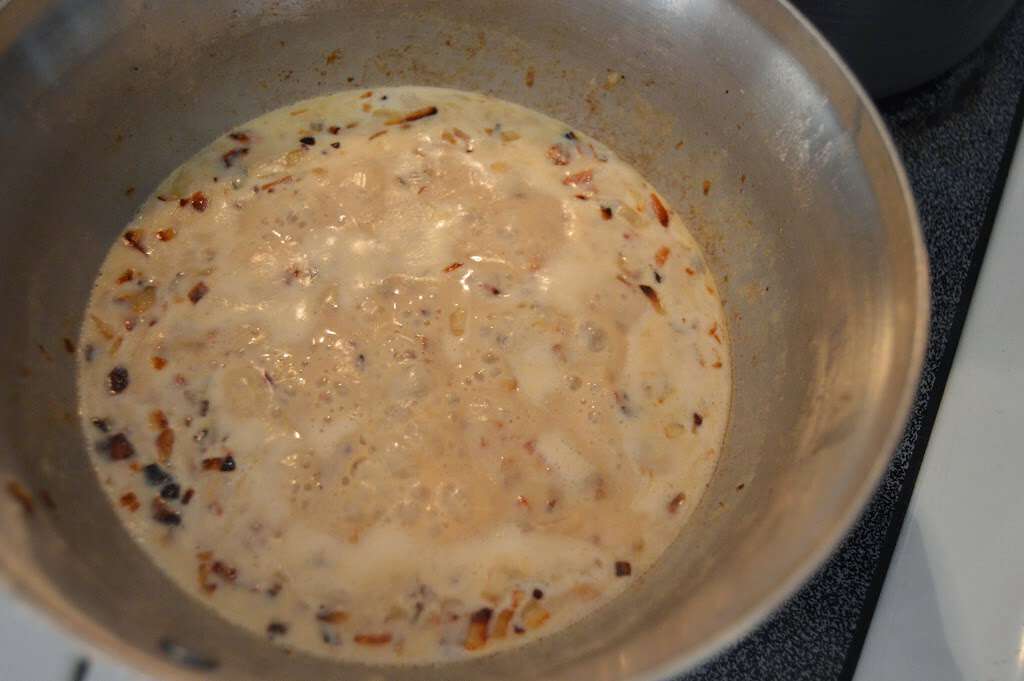 It starts to thicken cause of the flour and next are the cheeses and spices which make it super thick and creamy.  I used regular prepared dijon mustard instead. 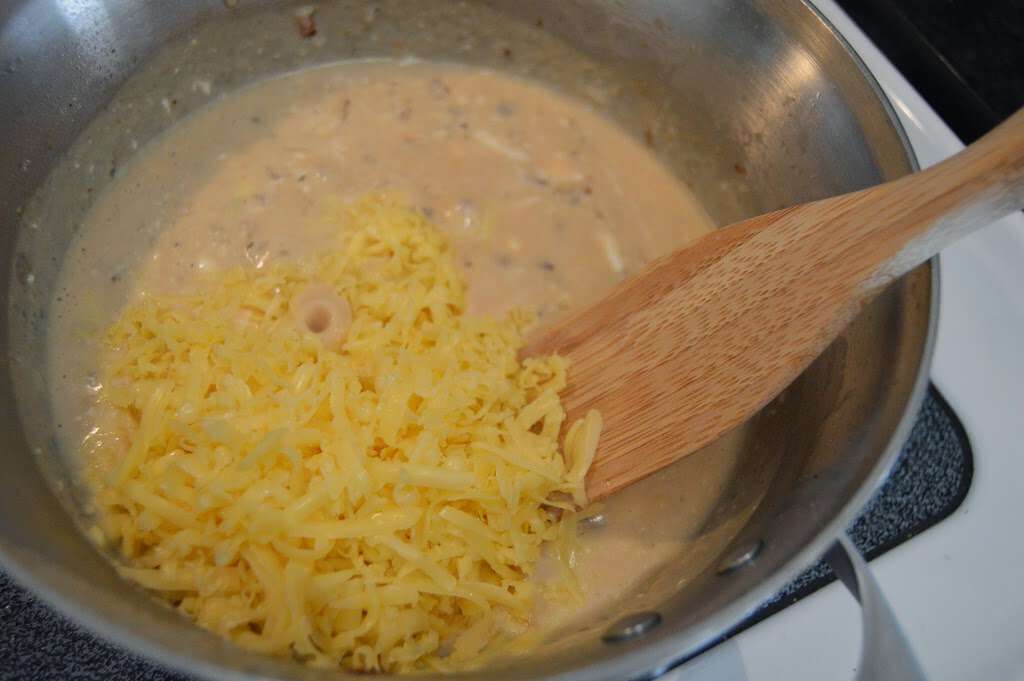 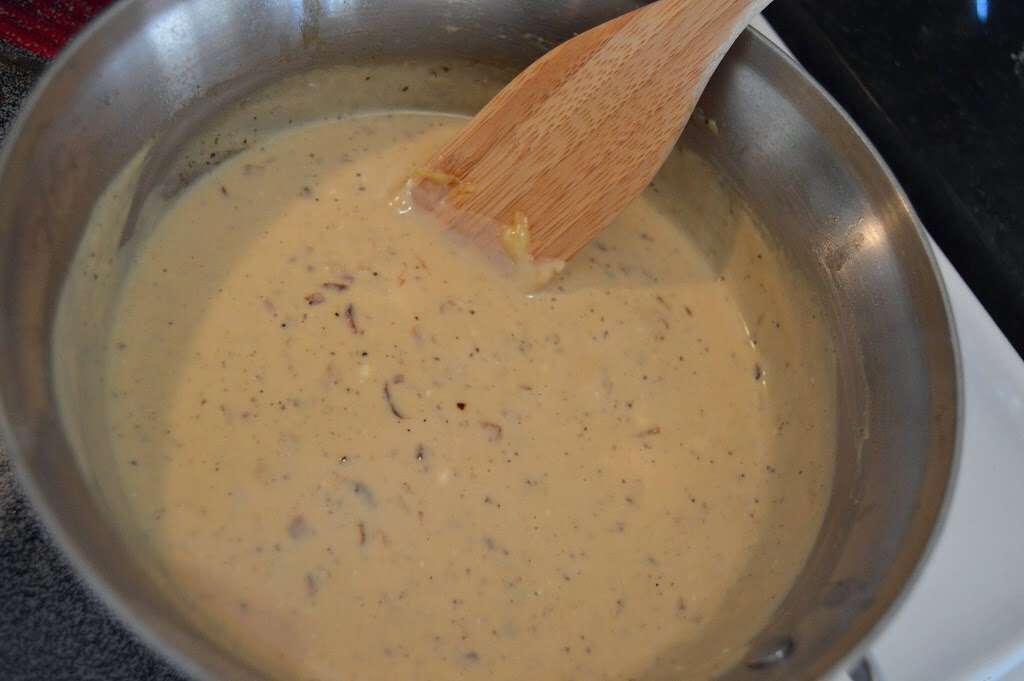 By this time the spaetzle dough was ready.  To make these little guys you just push the batter through a colander or something else with little holes over boiling water.  I just have mesh colanders now so the only thing I had with the right size holes was my Microplane grater which I quickly noticed was grating my blue spatula as well.  So I had to use my finger to push it through.  And then pick through checking for blue spaetzles at the end.  Pretty sure I ate some silicone nonetheless.  Eh, whatevs.

Once they float they get scooped out and into ice water then strained. 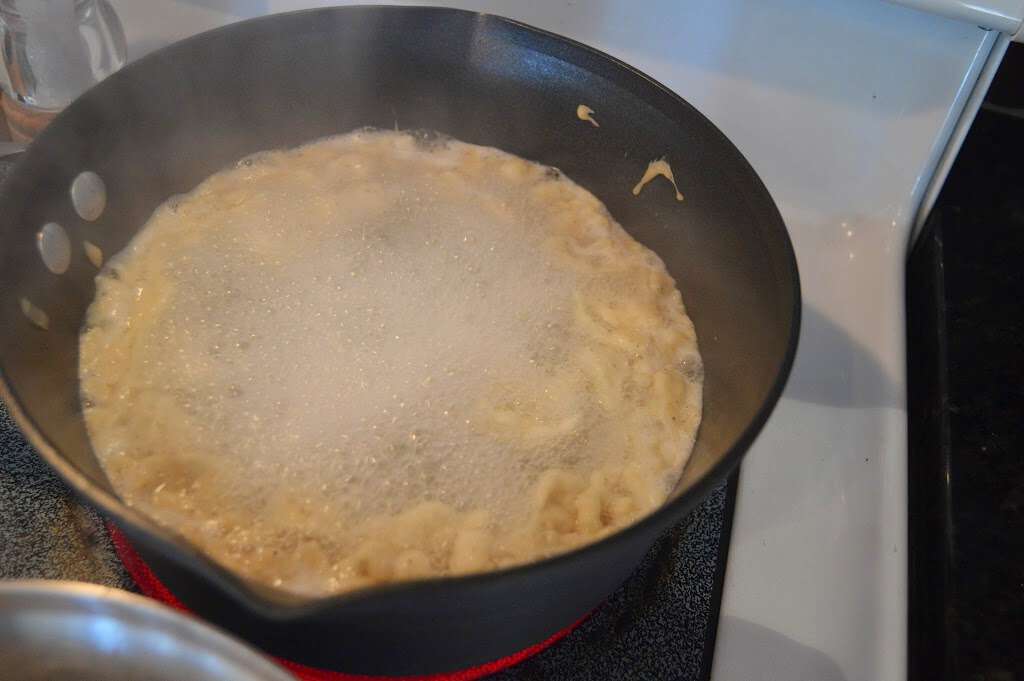 This spaetzle-making part takes some attention so I suggest doing these parts separately and not trying to make the dumplings while you have alot of other stuff going on (like I did).

The spaetzles and sauce are all mixed together and baked in a casserole dish.  The recipe calls for a pretzel gratin-ish topping but I didn’t mess with that. 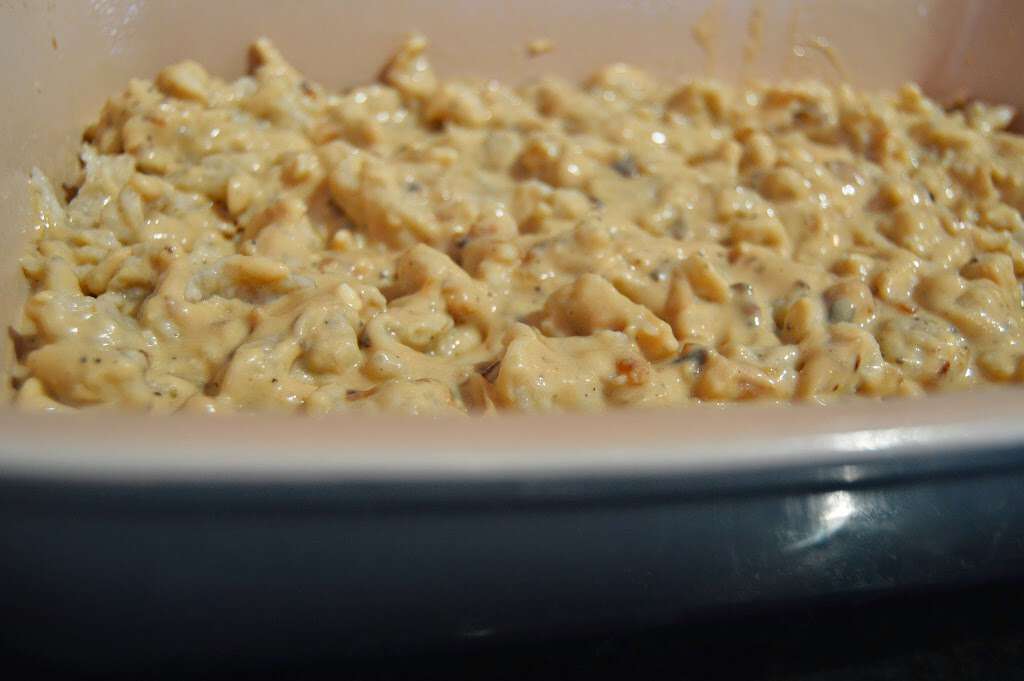 This is like the fanciest, most rich and decadent mac and cheese ever.  This cheese sauce wasn’t quite like Otto’s but I loved the added flavors in it.  I’ll probably double the sauce in this recipe next time, as per usual… 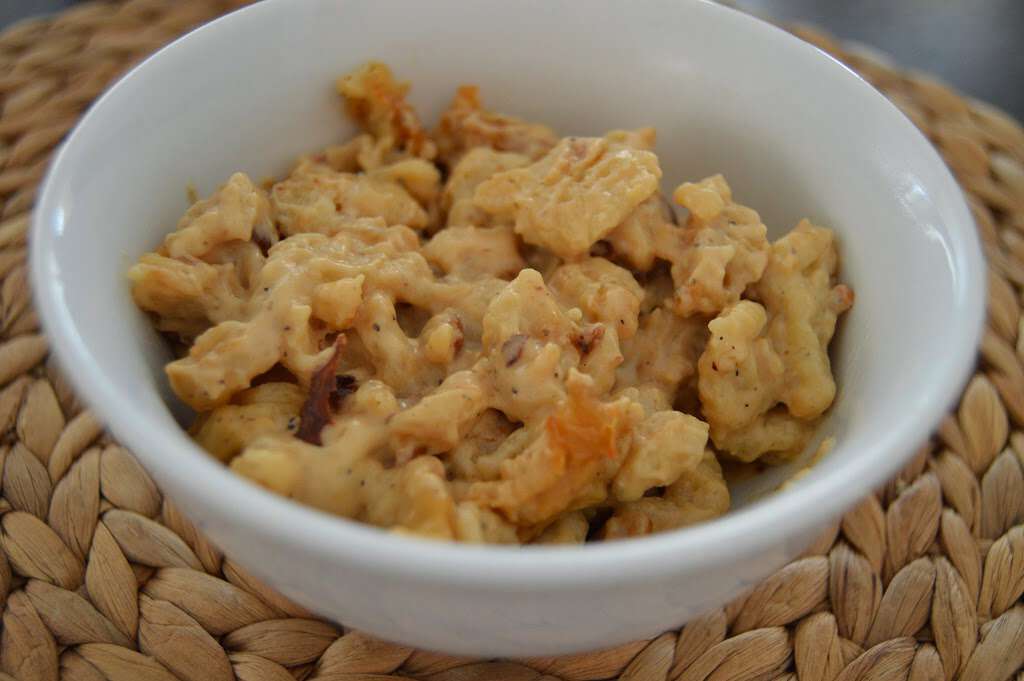 I think I got really lucky with these recipes both being REALLY good and really close to what we had before.  They are definitely going into rotation for our house and to take to get togethers, especially the German potato salad.  And if I can get away with it, they will be my main entree…not just sides ;)