If it weren’t for the husband, I’d be almost a full vegetarian.  Other than seafood and ham at holidays, I’m not much of a meat person at all and always want the sides more than the main dish.  Large pieces of meat gross me out, especially chicken and beef, and up until I met Matt, I had never, ever eaten a steak.  I would have bites of others’ steaks but I never liked them and couldn’t see how they ate the whole thing, especially without dipping it in something.  But Matt makes the BEST steaks though and while I still won’t order one in restaurants, I actually crave them at home and love it when he makes them.

It got even better when he got Carl, our Weber Genesis grill, after our wedding.  The grill we had was a ginormous stainless steel one that his dad picked up on the side of the road.  It wasn’t in the greatest condition of course so when we got a ton of Lowe’s gift cards for the wedding, I reluctantly agreed that Matt could put them towards his dream fancy-pants grill.  And it is worth every penny.  It’s crazy fast and everything comes out crazy good.  He’s named after Carl from Walking Dead, why I don’t know, I don’t think there was a reason.

Now that I am a husband’s-steak fan, I pay a little more attention to steak recipes.  Goat cheese and balsamic vinegar are two of my most favorite things on earth so when I saw this goat cheese with balsamic glaze steak by my girl Karen at The Food Charlatan at Rachel Cooks, I immediately started drooling. 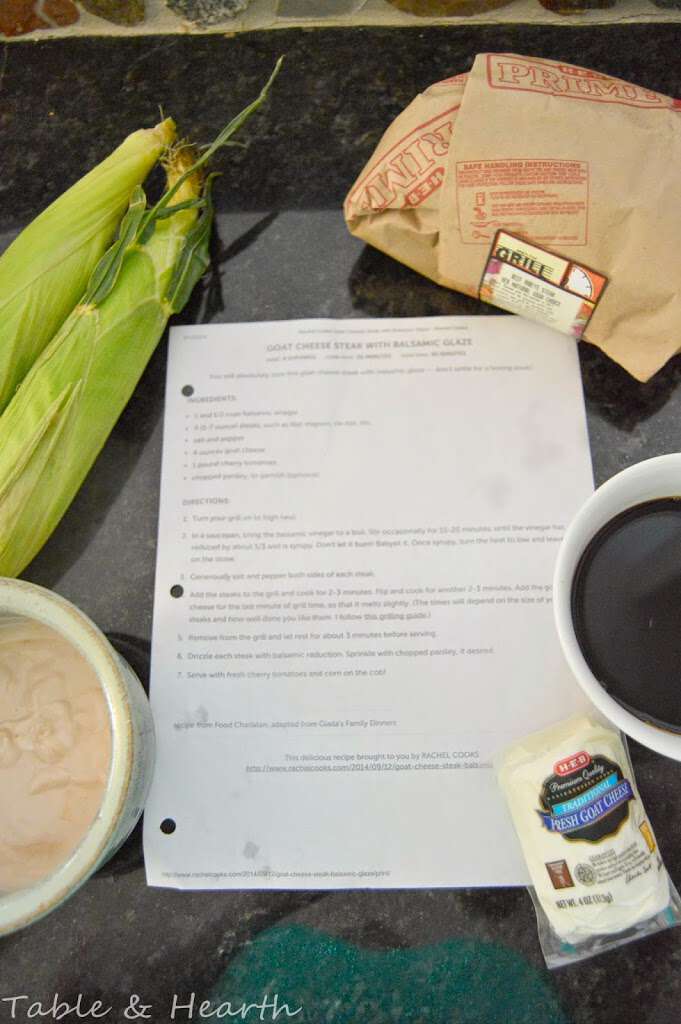 I just recently got the courage to buy the steaks on my own though.  Before I would make Matt go get them but now I just get a couple of the all-natural boneless ribeyes. 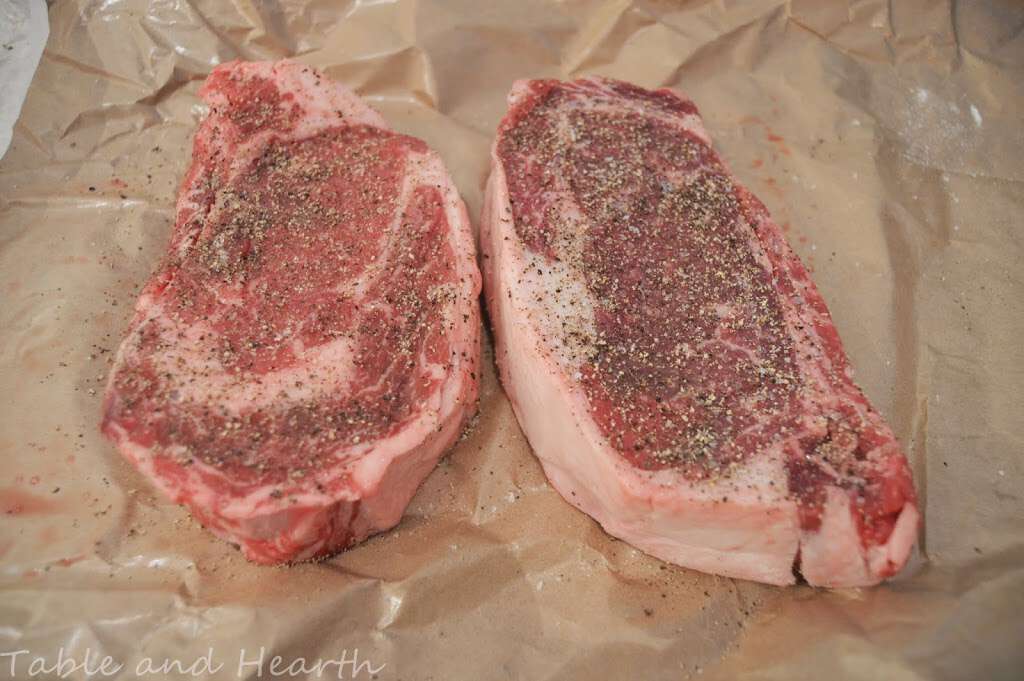 I luuurrrve balsamic vinegar but have never reduced it before so this was a new experience.  It sounds pretty easy but I was so scared that it would burn when it thickened that I babied it more than I probably needed to.  All it is doing is boiling down until it turns super syrupy.  After about 20 minutes I started worrying that it wasn’t going to do it but then really quickly it thickened up.  Like, a lot.  I ended up adding a little bit of water back to it to make it more liquidy, no biggie :) 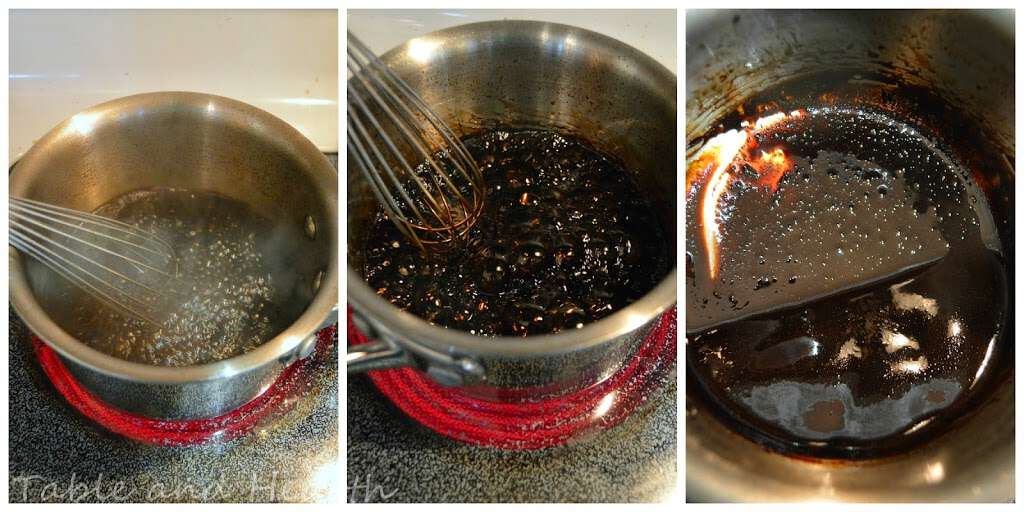 Matt tended to Carl the grill and we threw some corn on as well for a side.  We keep the grill in the garage so it doesn’t rust in our salt air but then our garage smells like a cook out all week :/ 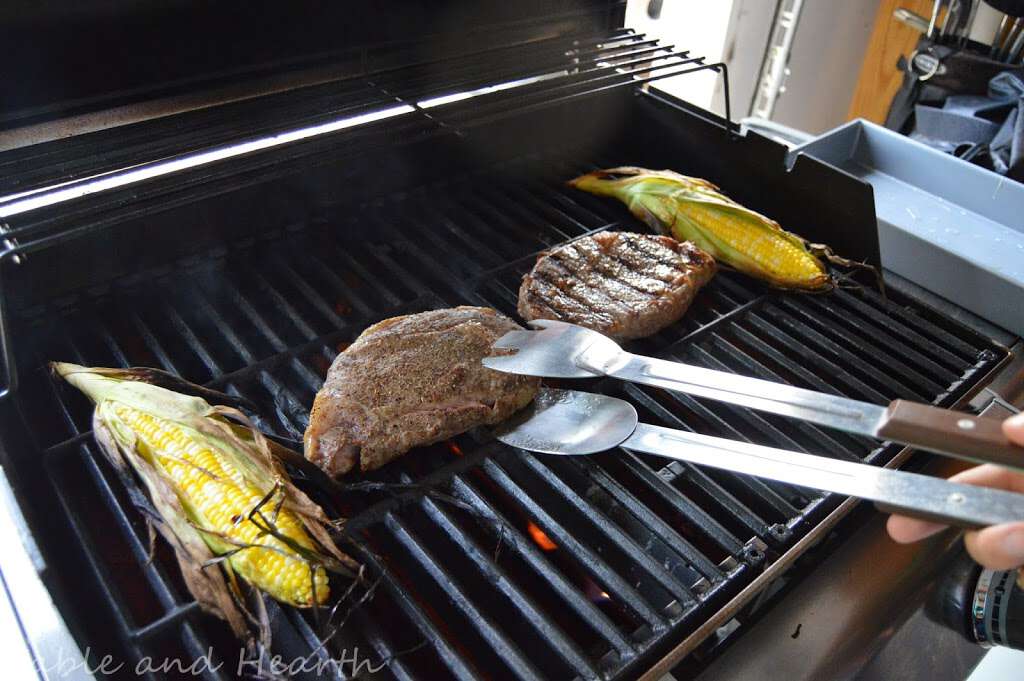 I whipped up some poblano-lime crema sauce to drizzle over the corn, then just dolloped the goat cheese onto each steak, and drizzled the balsamic all over it.  Lots of drizzling here. 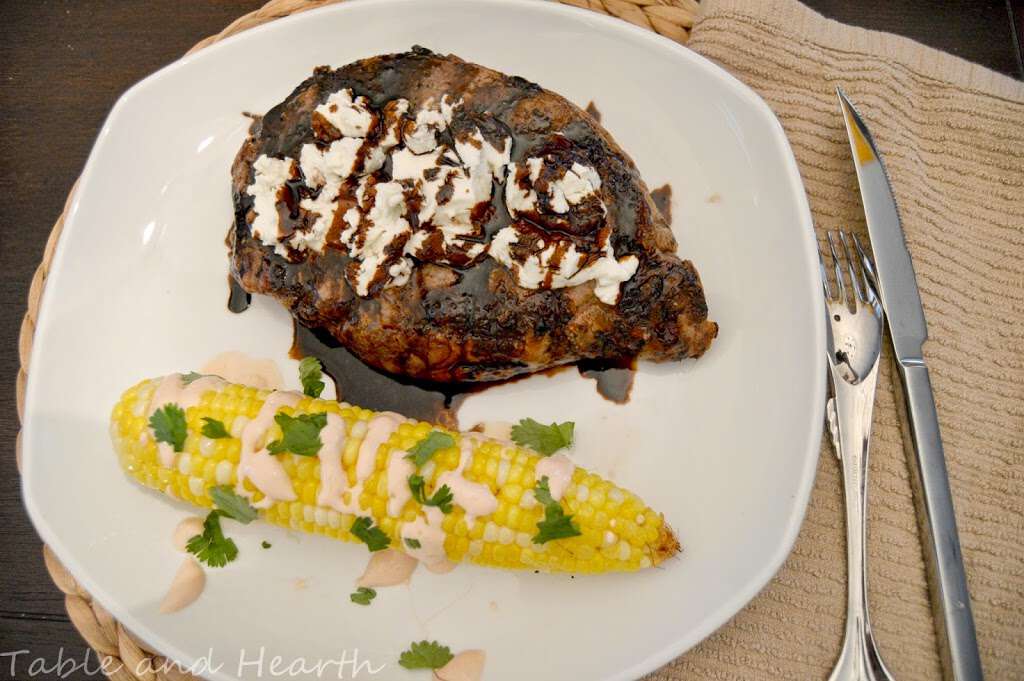 I am aware of the lack of close-up goodness pictures, that is because we immediately devoured this.  I mean, look at it!  There are so many rich flavors in every single bite but none of them too overwhelming.  And it looks so fancy and pretty, like something that would cost $40 at a restaurant for sure.  It would be a great dish to serve for a small dinner party, or anyone you’re trying to impress :)  I don’t think we can ever make a normal steak again.  Nope.