As y’all know, I’m always on the lookout for unique fish recipes to try since we usually always have some on hand that needs to be cooked up.  This one, sweet potato crusted fish with cilantro lime vinaigrette from My Life as a Mrs, had me at hello.  Such a unique combination, I couldn’t resist. 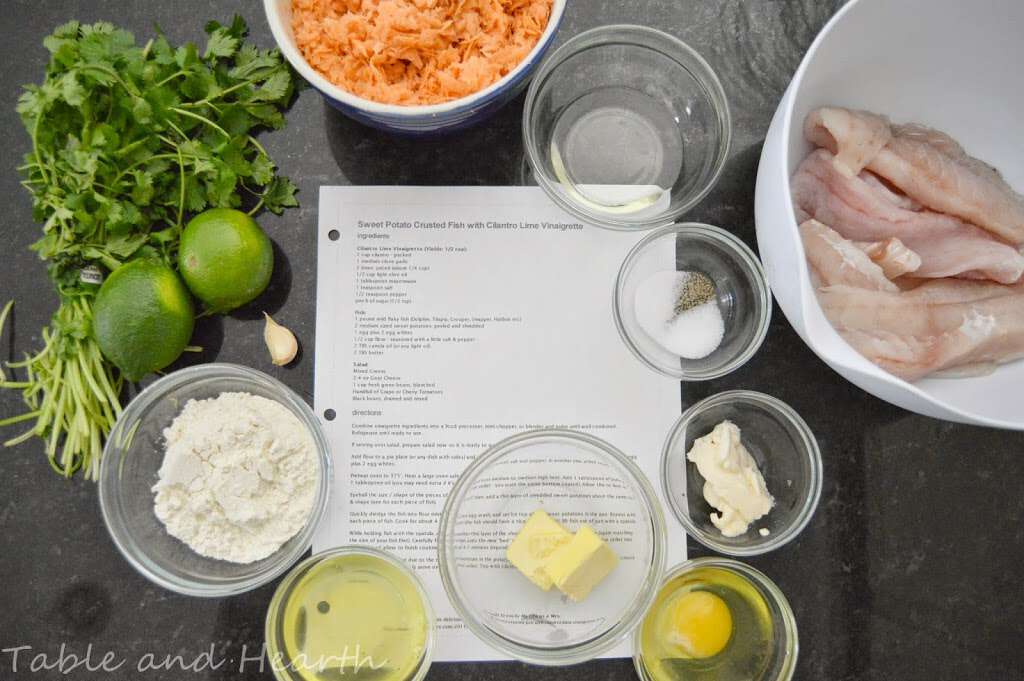 The vinaigrette is a basic lime/cilantro/creamy dressing that is easily whipped up in a small food processor.  I tried to make this in my blender but there wasn’t enough material for it to work right so I put it all in my tiny little mini Kitchenaid chopper/processor thingie and it worked great.  I love this little thing…thanks Mom. 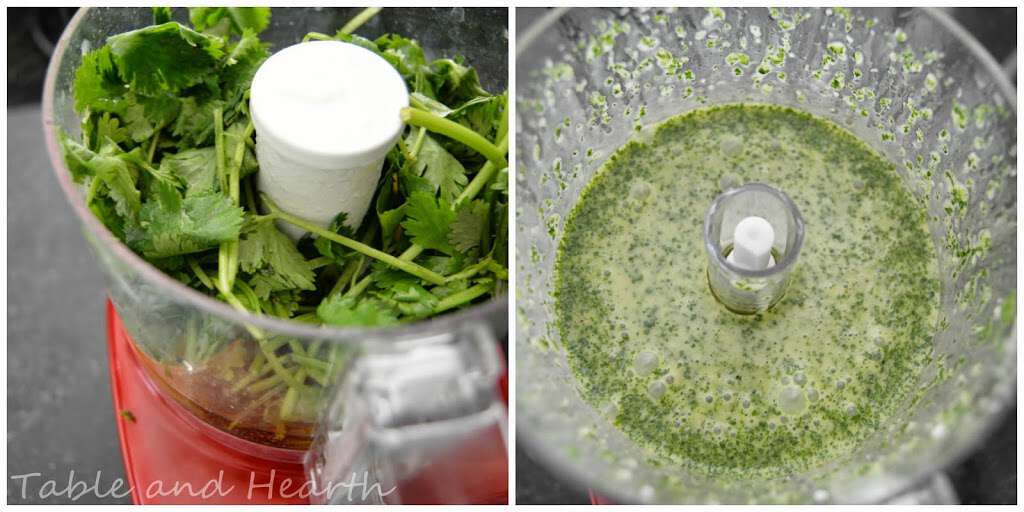 I used some seatrout fillets we had frozen from last spring but this would be good with any firm, white-fleshed fish that’s not super thick.  I’d like to try it with flounder next time. 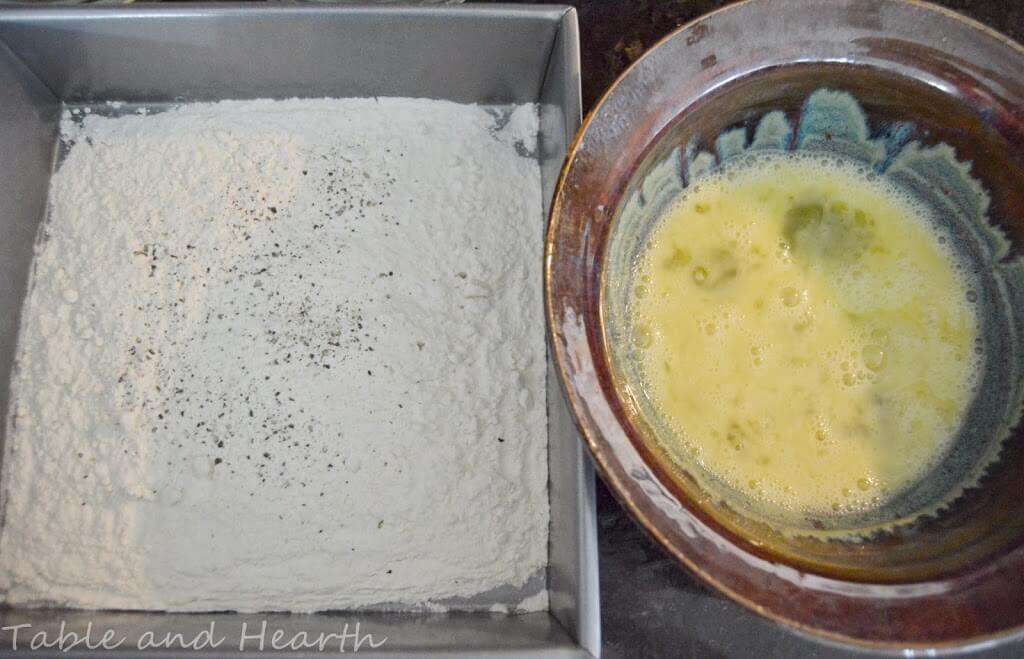 The fillets get dredged in some flour with salt and pepper, then through the egg.  But not in the pan yet! 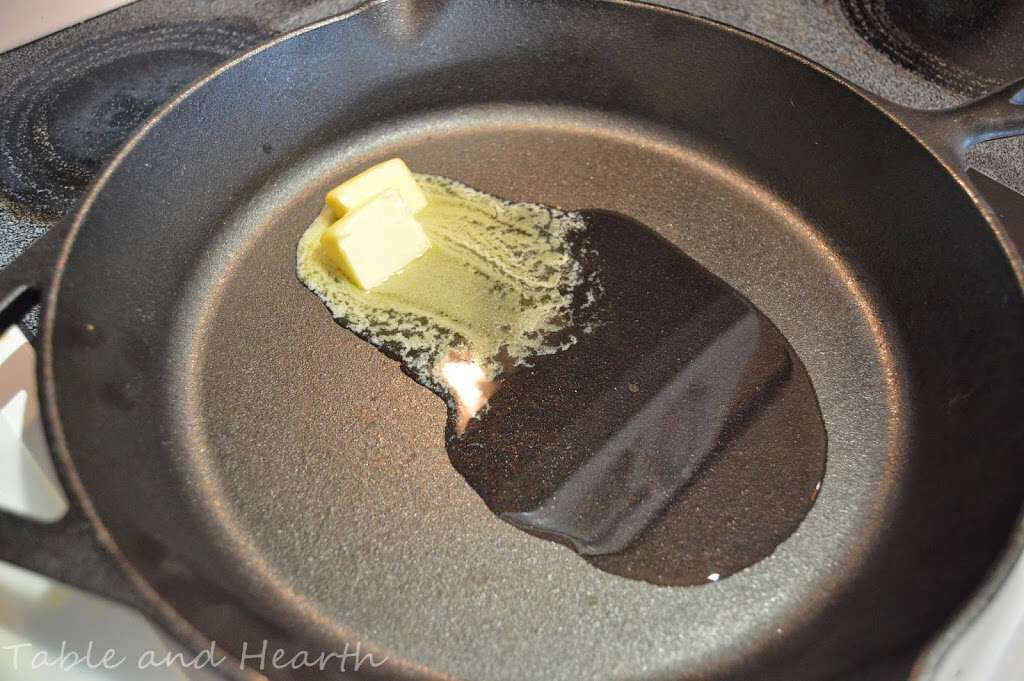 I suggest using a cast iron skillet to get that nice, crispy crust but make sure it doesn’t get too hot!  I have only used mine once before this so I’m still a cast iron newbie and had to adjust my heat a little to keep things from burning.

So, before you put your battered fillets down, you put the grated sweet potato in the pan roughly shaped like your fillets.  It doesn’t have to be perfect.  Then lay your fillet down on them. 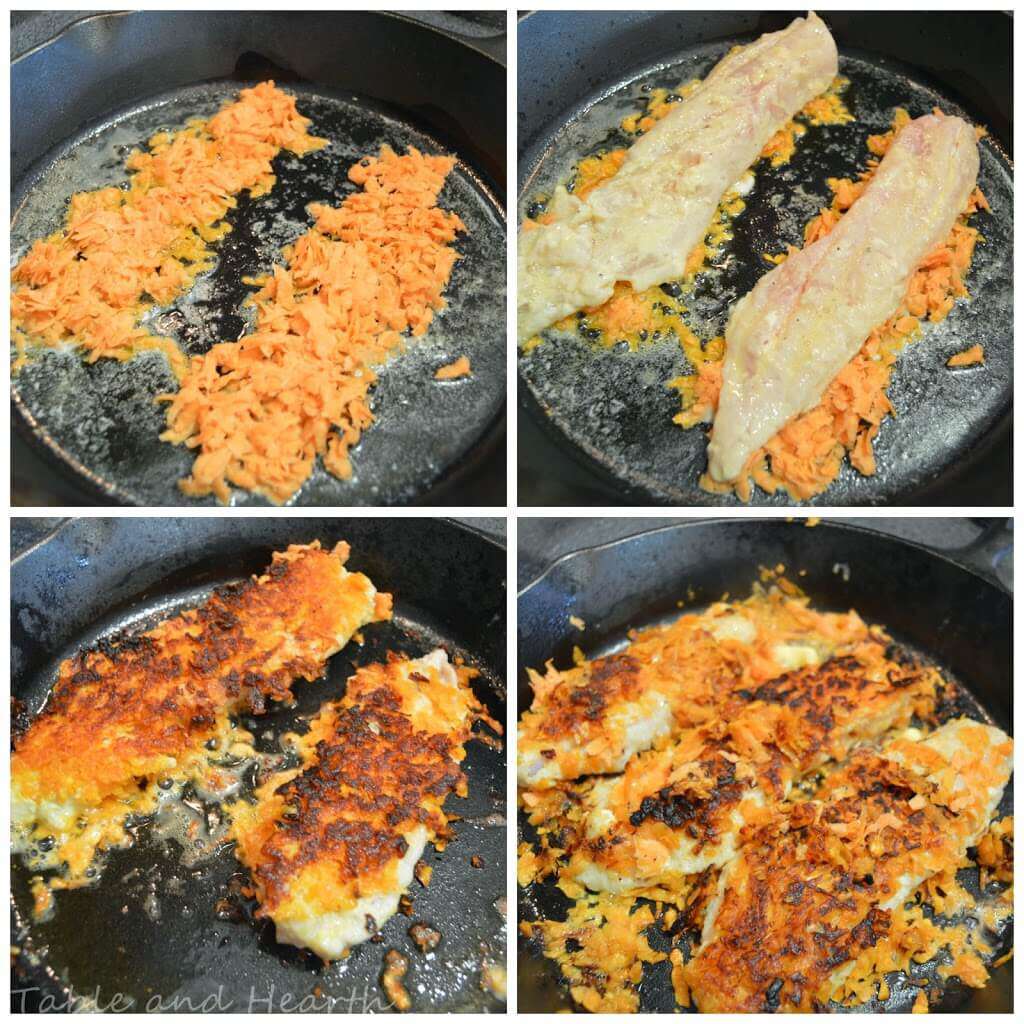 Once the bottom sweet potato gets a nice brownish crust on it, gently lift them up, sprinkle another fillet-shaped layer of sweet potato and carefully flip your fillet over onto it.  This takes a bit of finesse :/  Once you’ve done a few fillets, your pan will get a bit chaotic too, fyi.  As you can see, some of them got a bit too brown (black?) but not too bad…cast iron learner’s curve.  Drizzle the cilantro lime sauce over the fillets and serve up with some rice or veggies or over a bed of salad. 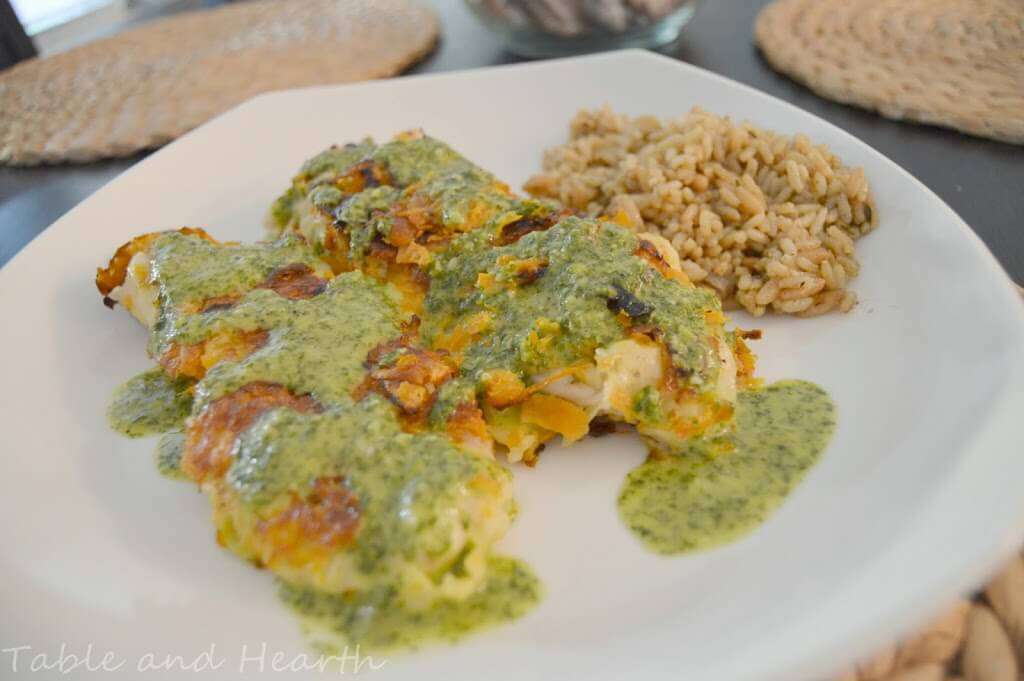 Dudes, there are so many different flavors going on in this thing it’s crazysauce.  There’s zing from the dressing, buttery crunchiness from the crust followed immediately by sweetness from the sweet potato, then to the moist fish.  The original recipe was a copycat from a restaurant and this dish is spot on restaurant-quality, but oh so easy!  Blend, sprinkle, dredge, fry, sprinkle, fry, drizzle.  Done! You could totally impress some guests with this, just don’t let them see the orange explosion in your pan.

Remember, you can find all of the recipes I’ve made, and want to make, on my Pinterest boards here and here.

Make sure to follow along with me also on IG, Twitter, and FB this weekend as tomorrow morning we’re headed up to beloved Austin to partake in our fourth Austin City Limits festival!  We are so freakin’ excited…we look forward to this weekend all year long aaand we’re getting our first good cold front of the season so the the weather is going to be amazing.  Perfect for riding the bikes, walking around the park, eatin’ our favorite Austin grub, and catchin’ a little Beck, Iggy, Foster the People, Pearl Jam, Outkast, and oh soooo many more!!  I’m almost just as excited for the food booths and chef’s showcase and the Texas craft beer tent too :)

A rotund blue-eyed cat has taken over my left arm now so I’ll catch you guys back here on Tuesday for my October First Week Favorites!